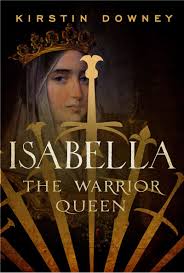 After the attacks on the World Trade Center on September 11, 2001, Osama bin Laden allegedly shouted, “Remember Spain!” The exhortation was widely reported by the Spanish press, and Kirstin Downey’s fascinating new biography of Isabella I of Castile and Leon helps to explain why.

The last bastion of Islamic power on the Iberian Peninsula, the Kingdom of Granada in Southern Spain fell to the Catholic Monarchs, Isabella and Ferdinand, in 1492. Muslims considered the defeat a terrible tragedy and, even today, many remember the loss of Granada with sadness and rage.

When Isabella was born in 1451, Spain had been engaged in war against the Muslims for centuries. Tariq ibn-Ziyad brought most of the Iberian Peninsula under Islamic control early in the eighth century. The Reconquista, or Christian re-conquest of the Peninsula, began almost immediately. By the time Isabella became queen in 1474, only Granada was still held by Muslims — called Moors in Spain.

However, the Ottoman sultan Mehmet II was on the march, and tales of his brutality were reaching Europe. Mehmet had vowed to destroy Christianity and had already conquered Constantinople, Athens, Corinth, Serbia, Bosnia, Albania, and much of the coast of the Black Sea.

Europeans believed that Rome would be next. Isabella feared that if he pushed farther west, the Nasrid dynasty in Granada would offer him access to the Spanish mainland. Furthermore, the Emirate of Granada was growing increasingly aggressive, and Isabella thought it might seek assistance from coreligionists in North Africa. Thus, conquering Granada meant protecting Spain.

In the 10-year conflict that followed, Isabella and Ferdinand worked as a team. Ferdinand led the troops in battle, while Isabella secured supplies and managed camp hospitals. She and her children accompanied the troops, riding on horseback, camping in tents, suffering bad weather, and facing the dangers of war. When Granada finally fell on January 2, 1492, Ferdinand took credit for the achievement but, writes Downey, the queen was actually the driving force behind the victory.

The original peace treaty with the Moors allowed them to keep their religion and culture, but Isabella’s advisers insisted that an unassimilated population constituted a threat. They insisted that Muslims either convert to Christianity or leave Spain — harsh measures that contributed to new uprisings. The dread of heterodoxy led to two actions that would forever blacken Isabella’s reputation — the establishment of the Spanish Inquisition and the expulsion of the Jews — although neither was her idea.

The Inquisition had long existed elsewhere when the Dominican priest Alonso de Hojeda began urging Isabella to establish a branch in Spain. Isabella resisted. Jews had lived in Spain since Biblical times, and the Queen had good relationships with them. Among her Jewish friends were her financial guide, Isaac Abravanel, and longtime supporter, Rabbi Abraham Senior.

However, her advisers convinced her that many conversos (Jewish converts to Catholicism) were practicing Judaism in secret. At first, the Inquisition was directed only against backsliding conversos, but soon, the Jews themselves were targets. Hundreds were executed (not thousands, as is sometimes alleged), often because the authorities were anxious to confiscate their belongings.

Eventually, Isabella’s advisers convinced her that all Jews would have convert or emigrate. As a sincere Christian, how could Isabella countenance such terrible cruelty? “Perhaps she rationalized that the Inquisition was the means to a worthy and justifying end,” suggests Downey. “Perhaps she believed…that only the most ruthless tactics would permit survival for Christian Spain…or she might have been motivated by a sincere, if misguided, concern for the spiritual well-being of her subjects.”

The author does not excuse or justify Isabella, but rather attempts to explain the context in which the queen made the most appalling decisions of her career.

In the midst of this turmoil, Christopher Columbus approached the Catholic monarchs repeatedly about his project to sail west to the Indies. Ferdinand was preoccupied with unrest in Aragon and Naples, but Isabella recognized immediately the potential of Columbus’ proposal.

Columbus was a brilliant navigator, but turned out to be a dismal administrator. Tales of cruelty toward Indians in the newly discovered lands and the syphilis epidemic brought home by returning sailors cooled Isabella’s enthusiasm for Columbus, although she continued to fund other explorers, and she astutely negotiated with Pope Alexander VI (Rodrigo Borgia) a partition of South America that was favorable to Spain.

“Because of her willingness to explore, because she recognized the possibility that the world was a bigger place than people had believed at her birth, she has been called the single most important person in Spanish history,” writes Downey.

Isabella began to show gumption from an early age. Her birth had hardly been noticed, as she had two brothers in line for the throne. Alfonso died early, and Enrique became king. Isabella married Ferdinand of Aragon in defiance of Enrique’s wishes, and at a time when it was not customary for women to arrange their own nuptials.

Immediately after Enrique’s death, she had herself coronated in Segovia while her husband was away in Aragon. Ferdinand had assumed he would become king of Castile and Leon and was furious at her audacity. But Isabella, realizing that her husband’s political interests were different from hers, set her own course from the beginning.

Isabella was a brilliant strategist, politician, and administrator who courted allies among Spain’s nobility with promises of lands and titles and recruited foreign support with lavish entertainments. She initiated her own foreign policy, forging links with France, which was at war with her husband’s kingdom of Aragon.

Insecure about her education, she hired the humanist Beatriz Galindo to teach her and her children Latin. Since Latin was the language of diplomacy, this gave her an advantage over Ferdinand, who never learned it. Downey notes Isabella provided the impetus for the flourishing of female education in late-15th-century Spain.

Isabella was a patron of the arts, sponsoring important painters such as John of Flanders. An avid supporter of religious reform, she cultivated austerity in her personal life, although she favored spectacular clothes and jewelry for state affairs in order to impress foreign dignitaries.

Downey’s admiration for Isabella is patent, but she humanizes rather than idealizes her subject. Meticulously researched and beautifully written, this book does make some questionable assertions, however. Most notably, Downey repeats time-worn clichés about Rodrigo Borgia’s spectacular sexual corruption, although G.J. Meyer discredits these allegations in his 2013 book, The Borgias. Nevertheless, Isabella offers the reader a deeply satisfying portrait of a fascinating and complex woman.

Bárbara Mujica is a novelist and professor of Spanish literature at Georgetown University. In addition to a Ph.D. in Spanish, she holds an M.A. in French and studied at the Sorbonne. Her latest novel is I Am Venus, based on the life of the Spanish painter Diego Velázquez. She is also author of Frida and Sister Teresa, based on the lives of Frida Kahlo and Teresa de Ávila, respectively.