I Am Brian Wilson: A Memoir

The former Beach Boy details his struggles with mental illness and his unlikely artistic rebirth. 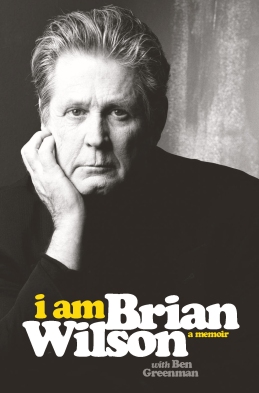 Brian Wilson is responsible for some of the most iconic music of the latter half of the 20th century. As composer, lyricist, lead singer, arranger, and producer of the Beach Boys, he created scores of exhilarating songs that celebrated and mythologized the Southern California lifestyle of sun, surf, cars, and girls. In I Am Brian Wilson, he tells his story with incredible intensity, candidness, and humor.

However, he crashed into an artistic brick wall in 1966 with the legendary “Smile,” which remained unreleased for nearly 50 years. For the next two decades, Wilson descended into substance use and severe mental illness, marked by artistic stagnation and social withdrawal that was deepened by a controversial therapeutic regimen administered by the Svengali-like Dr. Eugene Landy.

That Wilson was able to claw his way back from this dark abyss and resume his career is one of the most phenomenal comebacks in the history of rock ‘n’ roll. He eschews the standard chronological approach to his biography in favor of chapters devoted to specific themes, such as “Fear,” “Family,” “Home,” “Fathers and Sons,” and “Echoes and Voices.” Co-author Ben Greenman has done a superb job of capturing Wilson’s voice — the childlike wonder at the process of music-making that comes across so clearly in his interviews. It is as if we are having an extended and intimate conversation with Wilson.

That conversation, however, is often harrowing and disturbing, especially when Wilson speaks of the voices he continually hears in his head telling him that he is worthless and that they want to kill him. Sometimes these are voices of people he knows, including other musicians. Other times, they are anonymous.

Making music is how he deals with it. When creating music, he is harmonizing the voices in his head at the same time he is harmonizing his musicians. “When I walk into the studio, music happens and the voices stop happening. It’s kind of magic. I don’t know what kind. But it happens for me mostly in the studio.”

This is not a tell-all book or one to settle scores, though there are several people that he could have taken on, including his domineering and abusive father, a frustrated songwriter who seems to have resented his son’s talent and accomplishments; his brothers — he had little contact with youngest brother Carl in the final years of his life; his cousin Mike Love, the Beach Boys’ front man who has sued Wilson many times over the years and who now has exclusive use of the band’s name; and his therapist, Landy. Wilson is uncomfortable even mentioning him by name.

Of all of these people, his father looms largest in his story. Wilson continues to struggle with understanding the role his father played in his life. Often emotionally and physically abusive, Murray Wilson was a tyrant. He insisted on being the Beach Boys’ manager and often interfered with the recording of their music.

Wilson and the others eventually had to fire him, creating a rift that never healed. Murray’s unwitting revenge was his sale of his son’s song-publishing catalogue a few years later in the belief that the band was washed up and the catalogue of little value. At the outset of the book, Wilson addresses this relationship and its continuing influence on him:

Wilson attributes his recovery and return to recording to the efforts and love of his second wife, Melinda. Their relationship is documented in the superb 2014 biopic “Love and Mercy.” Wilson cooperated with the making of the film and, in fact, the experience encouraged him to pen this memoir.

He writes movingly about Melinda having to deal with his many moods, some of which can be quite dark, and about their five adopted children. Wilson also has two children from his first marriage, Wendy and Carnie (both members of the band Wilson Phillips), who grew up during the deepest periods of their father’s illness.

There has been a veritable avalanche of autobiographies and memoirs from aging rockers in recent years as they begin to contemplate their place in rock history. I Am Brian Wilson takes its hard-earned place in the front of these books. It is not to be missed.