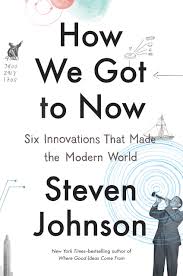 So, got any fun plans for Glass Appreciation Day?

If you’re still looking for ideas, you might stand on a beach and marvel at the web of glass- dependent underwater cables acting as the Internet’s spine from shore to shore. Or you could celebrate by clicking off a few selfies, as early adopter Rembrandt did with some 40 self-portraits thanks, in part, to new “mirrors” made from glass.

You could always commemorate the day by curling up with a good book, most likely thanks to glass, too. The average person of the 15th century didn’t know he needed glasses — until the invention of the Gutenberg press. Suddenly, farsightedness became a big deal, and glasses emerged as a critical tool in the expansion of literacy and the sharing of knowledge.

Don’t forget the more contemplative route, where you may choose to quietly reflect along with philosopher René Descartes. Close enough to the emergence of glass to appreciate its life-changing qualities in a way few can today, he enthused, “How from these ashes, by the mere intensity of [heat’s] action, it formed glass: for as this transformation of ashes into glass appeared to me as wonderful as any other nature. I took a special pleasure in describing it.”

Author Steven Johnson, a longtime contributor to Wired, the New York Times, and the Wall Street Journal, wants to bring out our inner Descartes in this interesting, amiable look at some of the relatively unsung heroes of “how we got to now.” Of glass, Johnson notes, “Today, we are too many steps away from the material’s original influence to appreciate just how important it was, and continues to be, to everyday existence.”

Glass is just one of the half-dozen innovations Johnson illuminates, so to speak. Light gets the treatment, as does cold (refrigeration and air conditioning), cleanliness (hygiene, sanitation), time (precision in measurement), and sound (reproducing the human voice). Look for a companion PBS miniseries to How We Got to Now in October, too.

Each marvel is interesting in its own way. Walking this journey with Johnson, we see, maybe for the first time, how radio impacted race relations in the 1920s by bringing African-American entertainers into the living rooms of whites; how light changed our long-held sleep patterns; and how cold influenced population migrations and elections by making once relatively inhospitable places much more attractive because of air-conditioning.

Johnson describes himself in the book as innovation “neutral.” In other words, he doesn’t devote much thought or space to whether any of these innovations made life better or worse, in a philosophical sense, as much as he makes the case for the often-overlooked importance of each.

He’s especially interesting when he dissects how genius and innovation usually work. While we’re drawn to exciting narratives of the lone inventor’s “Eureka!” moment, in the vast majority of cases, discovery is best fueled by teams and groups. Even genius Thomas Edison, though not above grandstanding for more credit than he sometimes deserved, acknowledged this truth: “I am quite correctly described as ‘more of a sponge than an inventor.’”

Johnson convincingly argues why it’s important we understand how and where innovation thrives so as to encourage more of it. He cites many examples in the last two centuries, but Edison’s “invention” of the light bulb is a perfect one.

“His greatest achievement may have been the way he figured out how to make teams creative: assembling diverse skills in a work environment that valued experimentation and accepted failure, incentivizing the group with financial rewards that were aligned with the overall success of the organization, and building on ideas that originated elsewhere.”

It turns out there’s really not a Glass Appreciation Day in these United States. But thanks to the compelling case Johnson makes for the material — and other seminal inventions — in his entertaining How We Got to Now, there probably should be. Besides, who doesn’t like holidays?

Michael Causey is a past president of Washington Independent Writers. He read this book and wrote its review while wearing glasses, sent it to editors over the Internet, and loves to hear the sound of his own voice.

The Cost of Loyalty