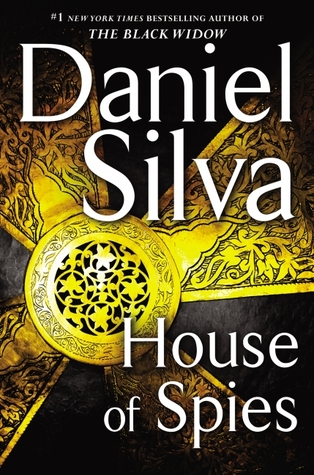 “Everything Old Is New Again” is a song co-written by Peter Allen and Carole Bayer Sager back in the early 1970s. It’s a catchphrase that most people take to mean that things come in and out of fashion. Anyone who sports a garish old shirt that now is all the rage knows what I mean. (At least, that’s what I tell my kids.)

Sometimes it works in books. Sometimes, not so much.

As anyone who is a devotee of a particular thriller series will attest, there’s something comforting about similar plotlines and recurring characters who have become old friends.

Publishers like series because they have built-in audiences so devoted they would probably buy a favorite author’s grocery list. Michael Connelly, John Grisham, Nelson DeMille, James Patterson (and his stable of co-authors), Robin Cook, Janet Evanovich, Linda Fairstein, Ian Rankin, Lee Child, and many other writers churn out at least a book a year each, undoubtedly at the insistence of their agents and publishers. Even dead authors (Robert B. Parker and Vince Flynn come to mind) put out new novels — written by others, of course.

The live folks I’ve named above still turn out entertaining reads, but it’s pretty obvious that some other authors just, as they say, “phone it in,” without even pretending they’re trying to craft a good story. (I once reviewed a book in this space in which a man, all alone, fell out of a boat and died when he hit his head on a rock. Just as the murderer planned! I still can’t figure that one out.)

I am happy to say, then, that Daniel Silva’s latest thriller, House of Spies, while suffering from the “recurring character” syndrome and too much backstory, is still a good read. That’s mainly because Silva is a superior wordsmith. I would read his grocery list because he’d probably describe every item on it in lyrical prose.

House of Spies picks up where the previous entry in the series, The Black Widow, left off. Super-ISIS-terrorist Saladin, having blown up much of Washington, now attacks London, leaving hundreds dead in his wake. The attack scene, featuring Saladin’s typically brilliant coordination, is chilling.

Western intelligence agencies combine forces to hunt down Saladin, who is known to be planning an even bigger attack. But they somewhat reluctantly cede the lead in the search to Gabriel Allon, the new head of Israel’s storied spy agency, Mossad.

Here’s where the book gets tricky. Allon first came on the literary scene in 2000, in The Kill Artist, as an art restorer who doubled as an Israeli spy. Now, more than a dozen thrillers later, he has worked his way up to Mossad’s top job, leaving scores of paintings and dead bodies in his wake.

He’s had many storied intelligence successes. But he’s also suffered personal tragedies and professional disasters, the most recent of which involved Saladin, for whom he has a personal loathing.

And, of course, Allon has accumulated dozens of enemies and allies, some interchangeable depending on the plots of Silva’s novels. For example, Christopher Keller, a former IRA and Corsican mob assassin (his résumé must be a pip) who was once a deadly Allon antagonist, is now on his side in House of Spies.

There are many other characters too confusing to name but all of whom rate a backstory in the latest book, which tends to slow things down. This annoys even devoted Silva readers, if one can judge by some of the book’s reviews on Amazon. (Here’s one, typical of many: “Same old stuff, most of the book was a rehash of information from previous books. Put it down several times, too boring to keep reading. Author used a new country as backdrop, pretty much the only thing new.”)

I, myself, was less annoyed, probably because I’ve only read one or two of the early Allon books. I needed some backstory, although surely not as much as Silva provides. As for the recurring characters, I’m sure they were more interesting when first introduced.

Be that as it may, Silva crafts an ingenious hunt for the elusive Saladin. Allon and his allies have little to go on other than the assault rifles used in the London attack, which are traced to a French-Moroccan street criminal who works for ISIS.

Some brutal interrogations and killings later (Keller’s résumé will need updating) lead Allon and his international team to France and drug kingpin Jean-Luc Martel and his supermodel girlfriend, Olivia Watson. Both are basically blackmailed into helping in the search for Saladin, who finances his operations with drug money and who apparently is planning a dirty-bomb attack with some purloined cesium.

The book contains too many characters and coincidences. Its endgame (missile-firing drones and a clown-car escape in the desert; dirty-bomb suspense in London; the coverup which rehabilitates sleazebag Martel; and the hint of a Keller-Watson hook-up) seems contrived. But Silva writes wonderfully, and there are flashes of humor to lighten the atmosphere.

Billed in promotional material as “a dazzling tale of avarice and redemption, set against the backdrop of the great conflict of our times,” House of Spies is something less. It’s a workmanlike spy thriller that should, at the very least, whet your appetite for earlier Silvas.

Lawrence De Maria, once a Pulitzer-nominated New York Times reporter, has written more than a dozen thriller and mysteries, which can be found as both e-books or in print on Amazon.com. He uses recurring characters. But he likes recurring readers even more. His most recent thriller, Shadow of the Black Womb, is available at ST. AUSTIN’S PRESS (BOOKS BY DE MARIA).