This powerful story about one boy’s loss reflects on what it means to be haunted. 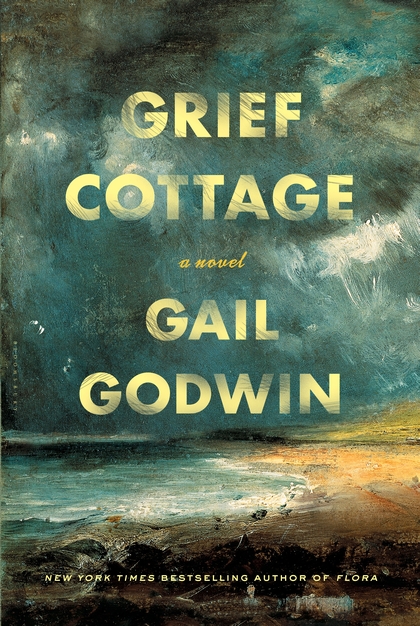 Don’t be put off by the seemingly gloomy title of Gail Godwin’s engaging 15th novel, Grief Cottage. While it is true that the central character loses his mother in a car accident, the narrative might more accurately be described as mystery, prompted by a pre-adolescent youth who must process and ultimately reach closure after a profound emotional loss.

The adult narrator, Marcus Harshaw, recalls the transformative summer of his 11th year, during which he lived with a great-aunt, and discovered important things about “relationships between the dead and the living.”

The grown-up perspective soon disappears into the immediacy of young Marcus’ voice. Before that summer, the boy was almost unnaturally attached to his only parent; he never knew about his father, whose identity his mother had promised to reveal at the appropriate time.

His school acquaintances, ignorant of his reduced economic circumstances, refer smugly to Marcus as “his mother’s own little husband,” taunting him with their discovery that he and his mother sleep in the same bed — the only bed — in their small flat.

What prompts Marcus’ summer with his great-aunt Charlotte is not distraction from economic hardship but a sudden and shocking change of circumstances: from cherished child of a doting mother to orphan. On a cold, dark night, his mother’s car slides on black ice; the accident is fatal. Marcus is haunted not only by grief, but also by his regret that he will never learn the identity of his other parent.

Marcus’ great-aunt, the next-of-kin who is appointed his guardian, is a landscape painter who lives in a beach cottage on a small island off the South Carolina coast. Godwin engagingly traces the gradual accommodations that transpire between a no-nonsense woman who hints at the “ruin” of her own life and who prefers her solitude, and an unusually intelligent, inquisitive, resourceful 11-year-old who skipped sixth grade.

Early in his stay with Aunt Charlotte, Marcus finds opportunities to amuse himself while his guardian paints beach landscapes — and secretly imbibes increasing quantities of wine. One of his projects, which acquaints him with other island residents, is a loggerhead turtle “boil” (hatching) that is expected to occur on the beach not far from Charlotte’s beach house.

Even more importantly, Marcus learns of an abandoned cottage located at the isolated north tip of the island. The dilapidated cottage — the subject of many of Charlotte’s commissioned paintings — was occupied 50 years earlier by a nameless couple and their teenage son, all of whom vanished during powerful Hurricane Hazel in 1954. The islanders have since referred to the sadly abandoned place, further damaged by a fire, as “Grief Cottage.”

Motivated by curiosity, Marcus begins bicycling to the ramshackle cottage almost daily. According to Charlotte, the place exudes a “haunting quality” that Marcus comes to feel is somehow activated by his visits. On the first occasion, he senses the ghostly presence of a boy just a few years older than him, observing him from an empty doorway.

During subsequent visits, he keeps his back to the door, reluctant to meet the gaze of the presence, though speaking to it about himself. From his adult perspective, he reflects that, “Minus the fear, it seemed as though we had been trapped together in a net of golden light charged with energy…”

Whether or not one believes in apparitions, Godwin convinces us of the uncanny connection between Marcus and the boy-ghost whom he comes to regard as “inseparable from myself, from my history, from my personality…The ghost-boy was related to my life, yet he was also an entity on his own terms…Didn’t something have to be one thing or the other, either real or imagined?”

Other characters enhance Marcus’ summer sojourn. Lachicotte Hayes, a dapper friend of Charlotte’s with a strong Southern accent, takes on the role of kindly father figure. An elderly neighbor, Coral Upchurch, provides crucial details about the boy who vanished during the hurricane.

Marcus’ role in his own story as a curious, sensitive, well-mannered boy who gets along well with adults (rather surprisingly, there seem to be no residents of the island even close to his age, apart from the mysterious ghost-boy and one other adolescent who has a fleeting role late in the story) might suggest a kind of pleasant fairytale that fails to do justice to the subject indicated by the novel’s title.

On the contrary, demons and gremlins eventually emerge from their hiding places in Marcus’ psyche, tempting him to commit dark deeds that belie his essential goodness. Moreover, underscoring Godwin’s sensitive exploration of the ramifications of loss, several of the adult characters — like most of us, sooner or later — are also acquainted with grief. Among them is Aunt Charlotte herself, whose wine-swigging proves to be her not-entirely-successful defense against her own ruinous family secret.

Grief Cottage is an absorbing and wise novel. Gail Godwin convincingly expands the meanings of haunting well beyond the appearance of the ghost-boy who triggers Marcus Harshaw’s uncanny — and canny — journey of self-discovery. As the frontispiece to the novel cautions, “Not everybody gets to grow up. First you have to survive your childhood, and then begins the hard work of growing into it.”

Roberta Rubenstein is a professor of literature at American University, where she teaches courses on modern and contemporary writers. Her recent books are Literary Half-Lives: Doris Lessing, Clancy Sigal, and Roman à Clef (Palgrave Macmillan, 2014) and Doris Lessing’s The Golden Notebook After Fifty, a collection of essays coedited with Alice Ridout and Sandra Singer (Palgrave Macmillan, 2015).