Stumbles aside, this fast-paced occult thriller is a worthy read. 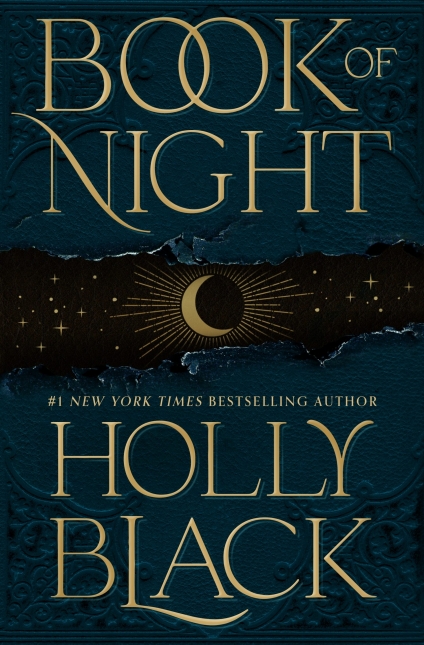 Holly Black’s first foray into adult books won’t take you long to get through. The story is compulsively readable, and the characters, despite their significant flaws and failings — or perhaps because of them — are generally people you want to root for. Some editing deficiencies aside, Book of Night is a shining example of innovative fantasy writing.

Charlie Hall, a self-described walking disaster “drawn to a bad idea like a moth to a wool sweater,” has gotten herself in the middle of something dangerous. When a man bearing pages of a secret book, the famed Liber Noctem (The Book of Blights), is found brutally murdered in her small Western Massachusetts town, his shadow floating next to him ripped to shreds, Charlie decides to investigate.

It’s only one problem among many. Charlie’s younger sister, Posey, frustrated about her own lack of shadow magic, is delving deeper into the darker aspects of “quickening,” the process whereby a shadow can be made sentient and separate from its person. Vince, Charlie’s boyfriend, is masquerading as a solid, reliable partner, but after watching him easily kill a man with his bare hands, she can’t shake the fear that there’s more to his past than he’s told her.

And then there’s Lionel Salt, the man who tried to kidnap and poison Charlie when she was a teenager, against whom she’s sworn revenge (“But she only swore it to herself, so there would be no one else to let down when she didn’t”). The Liber Noctem belongs to him, and he’s desperate to get it back. Charlie’s snooping puts her back in his orbit.

Black mostly manages to keep the threads of her separate narratives straight, but there are noticeable glitches. Early on, Charlie reflects on Vince’s past as a rich kid: “The calluses on his hands were new, and he had the kind of straight teeth that were the result of braces. Knew the kind of stuff you learned in college but didn’t have any debt. He’d come from money.” Two chapters later, when Vince identifies a designer watch on sight, “It came to [Charlie] that it was odd for Vince to know about a watch so fancy that she’d never even heard of it.”

Other inconsistencies are less important but no less jarring: After a rough night, Charlie goes in search of Vince: “She found Vince on the back steps, staring up at the stars…He had his arms folded over his knees, forehead resting on his wrists.” It’s difficult to imagine the physical contortions needed to make such a posture possible!

The fast pace and multiple twists in Book of Night make it easy to quickly leave such minor infractions behind, however. The tantalizing details about Charlie’s world that the author drops throughout and the structure of the book — which toggles between present and past — also keep the reader entertained.

Among other things, we learn there are four categories of gloamists, those who work with shadow magic: alterationists, who “cosmetically shape shadows, use them to trigger emotions so strong they could be addictive, and even cut out pieces of a person’s subconscious”; carapaces, who are “focused on their own shadows, using them to soar through the air on shadow wings or armor themselves”; puppeteers, who “sent their shadows to do things in secret”; and masks, “a bunch of creeps and mystics intent on unraveling the secrets of the universe, no matter who it hurt.” Since we encounter each of them eventually, the laying of this groundwork is helpful.

Black does a masterful job of tying everything together during the book’s grand finale, and she gives us enough additional story to leave us satisfied about the fates of Charlie and her loved ones. Still, I found myself double-checking whether this was the first in a series or a standalone novel because I wanted to see what everyone got up to in the future. Nonetheless, Book of Night is a pleasurable caper — just the right high-adrenaline romp to serve as a potent distraction from everyday life.