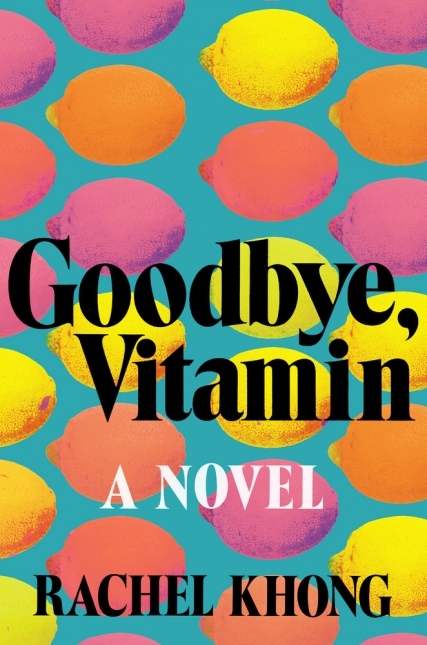 Ruth Young, the aptly named narrator of Goodbye, Vitamin, Rachel Khong’s debut novel, returns home on Christmas Eve, but not just for the holidays. Still reeling from the gutless way her fiancé broke up with her, she has quit her job to move back in with her parents and help care for her father, Howard, who has recently been diagnosed with Alzheimer’s.

This is a novel of millennials, for millennials, and by a millennial, so naturally there are no chapters, but rather brief, diary-like entries, like so:

“Could this be true?” I’ve called Grooms, and I’m asking. “Every day, we lose one hundred thousand brain cells.” I’ve read this in the Los Angeles Times.

The use of three separate verb conjugations to describe one single incident creates a nebulous now that isn’t quite in the present, but not quite in the past, either. The narrative, and its narrator, are in limbo, neither here nor there, neither now nor then, neither girl nor woman.

Though the staccato structure of the narrative is ultra-contemporary, the plot is timeless: the coming-of-age story. By caring for her father and confronting his mortality and his problematic past, Ruth finally attains adulthood.

At 30 years old, Ruth might seem a bit long in the tooth to be the protagonist in this kind of novel, but a combination of increased life expectancy and affluence has resulted in a new stage of American life that falls between adolescence and adulthood. Somebody should come up with a word for that.

As her father recedes into a childlike puerility, Ruth gains maturity. This generational power shift is made explicit by “Today” observations that father and daughter write for each other. When Ruth was a young girl, her father filled a notebook with her precocities:

Today you had me excavate your nose, which you’d put corn into.

Today, while I was trying to teach you to swim, you asked how deep the pool was. When I said four feet, you looked incredulous, and said, Whose feet!

Today we went over to your mother’s friend’s house for dinner. We’d asked you to be polite, so you said, “No more, please, it’s horrible thank you.”

Today was my birthday, and you asked me how old I was. When I told you thirty-five you seemed stunned. You asked me if I started at one. Then you asked: When do we die?

Today you said, apropos of nothing, “Good corpse, bad corpse.”

By August, Ruth starts her own “Today” observations on her father’s advancing senility. “Today you washed your shoelaces. Today you spoon-fed the neighbor’s cat tuna from a can…Today you disappeared again, and scared the shit out of us.” The torch has officially been passed from father to daughter.

Despite the abbreviated passages, the gee-whiz observations of the too-old-to-be-precocious narrator, and the meandering nature of the narrative, the book deals with serious life themes in an engaging way. Ruth has an eye for the awkward social moment and is quick with the wry quip, making even the most self-involved musings (and there are a lot of them — Ruth seems to have no interests beyond herself) palatable.

The narrative ends before Howard reaches the most degrading and heartbreaking depths of Alzheimer’s. Ruth depicts the disease’s progress as a cutesy reversion to childhood.

In fact, the entire narrative is imbued with a sitcom gloss that ultimately numbs the reader to the emotional crises that Ruth faces. By the end, we’re ready to say goodbye to Ruth. We know her down to her earliest memory, but we’re unsure of her future. The girl-child is now a woman-child, but still at a crossroad.

This propulsive, kaleidoscopic myth will keep you turning pages until the very end.