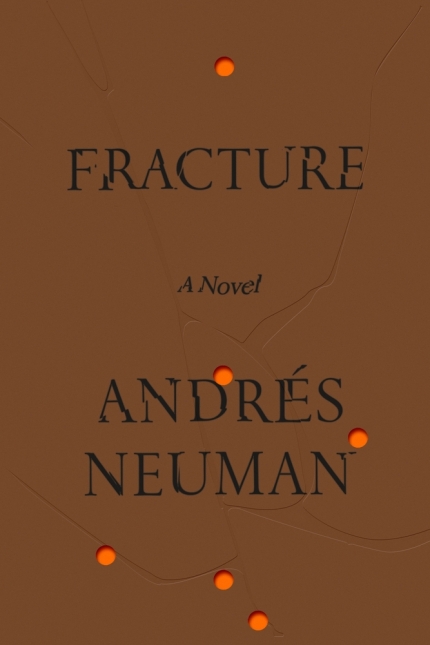 Reading Andrés Neuman’s nostalgic Fracture, which centers partly on the Fukushima nuclear disaster, could be a fraught experience during a pandemic — and, indeed, many of the main characters’ convoluted feelings are likely to resonate with, and unsettle, the reader. The author’s skill, however, makes this compelling story well worth the emotional investment.

Fracture chronicles, in two different ways, the life of Yoshie Watanabe, a retired Japanese businessman who has lived abroad for many years and returns home prior to the Fukushima accident. One narrative reveals how Watanabe, a survivor of Hiroshima, reacts in the days following the 2011 nuclear calamity. Within this thread are interspersed chapters of interviews with women who knew Watanabe intimately during his years away from Japan.

These women — Parisian Violet, American Lorrie, Argentine Mariela, and Spanish Carmen — could easily have become simply foils for Watanabe’s inner journey. To Neuman’s credit, however, they are each deeply complicated characters with correspondingly conflicted wants and needs.

The maudlin Violet is at once romantic and practical. “We felt that observing other lovers elevated us,” she explains of her and Watanabe’s habit of watching other restaurant diners. Yet, “I could look back and regret the way I gave myself to the men I loved,” she now admits. Her time with Watanabe was perhaps the freest of all the women’s; he had not yet been promoted to the higher positions he would later hold in his company.

Lorrie, a proud feminist, is boldly bluff with her opinions. She asserts, “The largest scar [from an infected mastitis], at the base of my breast, has become the most important part of my body. Like that old Cohen song: ‘There’s a crack in everything / that’s how the light gets in.’”

In this, she reveals a touching kinship with Watanabe, who is fascinated by kintsugi, the Japanese practice of mending broken objects with precious metals that highlights flaws rather than hides them.

Interpreter Mariela seems almost to have been drawn to Watanabe against her will when she meets him at an economics conference. “Miss him, no,” she muses in the present. “Think about him often, yes. They’re different things. I find the mambo of nostalgia a tad dangerous, as if you had nothing to do in the time left to you.”

Nevertheless, Mariela is generous with her memories of Watanabe, whose emotional depths she found difficult to plumb. Recalling conversations about Hiroshima, she suggests:

“There is the direct pain of those killed or tortured and there is the almost spectral pain of their relatives. It happened and didn’t happen to them. Whenever we touched on the subject, Yoshie didn’t say much in the first person. He talked mostly about his sisters and father, who hadn’t been able to tell their story, as though to him, speaking was about making the dead talk.”

The women’s chapters are round with backstories and anecdotes, but Watanabe’s life after the Fukushima catastrophe forms the true backbone of the book. His nameless quest takes him closer to the physical center of the disaster, where he encounters an odd cast of characters who have refused to evacuate for a variety of reasons. Learning their stories seems to bring Watanabe a measure of peace, or at least of understanding.

An old man waters the plants in front of houses in the abandoned town center. “Every day, he does his rounds in the different parts of the village, to look after the outdoor plants of the neighbors who have left…he is convinced they’ll be returning shortly or at least that if he does the watering, they’ll come back sooner.”

A former kindergarten teacher gives Watanabe a tour of the school at his request, telling him, “I think people are too keen to control their departure…The circumstances are random. The only thing that we can control is what goes on inside our heads, before the moment comes.”

Andrés Neuman has done a masterful job sharing with us what goes on inside his head, and this book is an excellent choice for anyone who enjoys examining relationships in the face of tragedy.