Though worthy, this gothic collection “is more cabinet of curiosities than haunted house.” 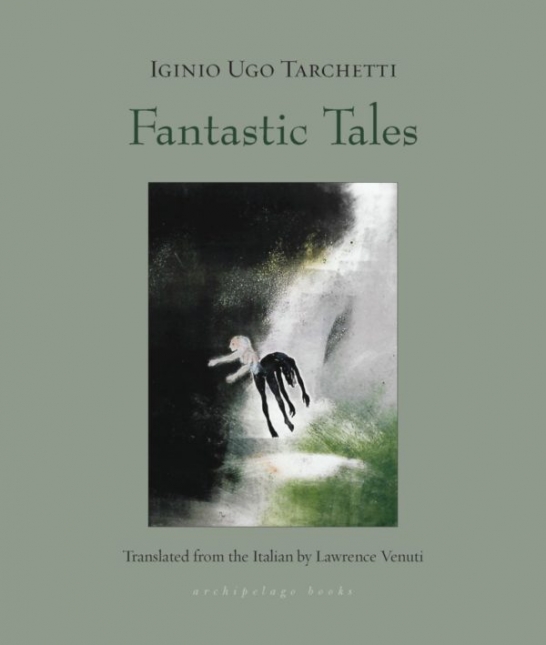 The birth of gothic literature occurred alongside, and in reaction to, the industrial and scientific revolutions of the 18th and 19th centuries. Horace Walpole’s The Castle of Otranto, the book considered to be the first gothic novel, was published in 1764; in 1818, Mary Shelley's Frankenstein terrorized readers with its nightmare vision of science run amok. Later, in the mid-19th century, the gothic further took form in the eerie stories of Edgar Allan Poe.

Though it is to Poe that Italian author Iginio Ugo Tarchetti’s Fantastic Tales are most often compared, this comparison doesn’t feel quite right. Though Tarchetti is considered the first Italian author to write in the gothic style, the ornate language and preoccupations of his Fantastic Tales hew closer to the early-19th-century Romanticism of Shelley and E.T.A. Hoffmann than to Poe.

This makes sense: Tarchetti was a member of the Scapigliatura, an Italian cross-disciplinary art movement inspired by influences ranging from German Romanticism to Baudelaire (along with, yes, Poe). Indeed, Tarchetti’s truncated life is reminiscent of a romantic hero. After a career in the military cut short by either illness or political intrigue, he died of tuberculosis in 1869 at the age of 29. His literature remained unavailable in English until this exquisite 1992 translation by Guggenheim fellow Lawrence Venuti.

As for Tarchetti himself, Fantastic Tales offers a vivid glimpse into another worldview of the gothic, though in some ways these nine stories are difficult to classify as purely such. Though Tarchetti serves up the tropes we’ve come to expect from the genre — tragic lovers, haunted houses, nightmares that may or may not be real, mysterious curses, and alchemical portions — there’s an unevenness of narrative tone that makes the collection feel a little hodgepodge.

Like with Goldilocks and her three bears, a few of these tales aren’t quite gothic enough, while others are overly so. “The Lake of the Three Lampreys” and “Captain Gubart’s Fortune,” for instance, call back to the folkloric tradition of the Brothers Grimm, while others, including “Bouvard” and “The Letter U,” push the gothic envelope so far that they anticipate the decadence of Symbolist literature and the dark, anxious humor of Surrealism.

And a few stories open with extended philosophical discourses before jumping into the main narrative, which can be jarring to those expecting a straightforward recounting à la Poe. Still, the tales that are “just right” are downright chilling in their otherworldly pleasures. They play with themes of memory, mysterious illnesses, and eternal life, utilizing lush and evocative language.

“The Fated,” the strongest of these, offers a mind-bending saga of a mysterious young gentleman of unknown origin who is cursed to doom everyone he regards with affection to premature death, including Silvia, his bride-to-be. Yet Tarchetti makes us understand the allure of such a monster:

“There was something so virile in his childlike face and so strong in his very weakness that I understood how a woman could accept his love even at the cost of her life. I was unaware of whether Silvia knew the young man’s secret, but I felt that even if she did know it, the sacrifice of her existence must have appeared to her an extremely paltry thing compared to the sweetness of that love.”

In the disturbing “The Legends of the Black Castle,” the narrator gradually comes to the uneasy realization that he’s lived multiple lives due to his dream of a “woman of prodigious beauty” trapped in a castle. The object of his desire has “black hair unbound, her face and dress white as snow, stretching out her arms to me with an expression of desire and infinite pity.” The narrator’s dream culminates in a vision reminiscent of a nightmare from Frankenstein. Spoiler alert: Things don’t end well.

Archipelego Books’ repackaging of Fantastic Tales is an elegant square-ish volume more akin to a limited-edition poetry collection than a trade paperback. Its interior design bears a matching beauty. As a result, the “book as object” is as elegant to view as Venuti’s translation is to read.

Ultimately, Fantastic Tales is more cabinet of curiosities than haunted house. While each tale offers pleasures, those offerings are often more precious than eerie. Yet one cannot deny their power. Readers enamored of the gothic, the romantic, and the macabre will indeed find here a “theater of dreams,” to paraphrase Tarchetti, even if the narrative is occasionally obfuscated by a veneer of philosophical interiority. That said, the veneer is gorgeous to behold.

Kris Waldherr is the author of the gothic novel The Lost History of Dreams, which received a Kirkus starred review and was named a CrimeReads best book of the year. Her nonfiction books include Doomed Queens and The Book of Goddesses.