This atmospheric story about a family living on the edge of British society was shortlisted for the 2017 Man Booker Prize. 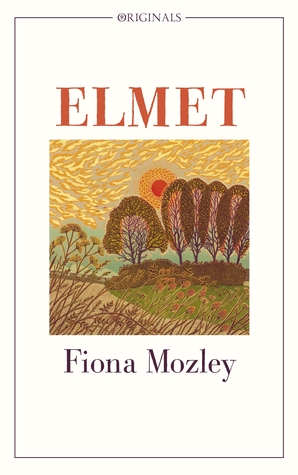 Daniel, his sister, and his father are misfits — in South Yorkshire and in modern society, that world where technology and capitalism have roots as deep as the trees in the copse where Daniel’s father builds his home and his life.

For Daniel, childhood is marred by his parents’ leaving for days or weeks or months at a time on secret and often-violent errands. But after his grandmother dies, Daniel’s father steps in and transports his children to the woods where they live off the land as much as possible.

They hunt and trap, and until the house is built, they live rough in trailers. Neither child goes to school — but neither child misses the life they had before, either. Isolated, they drink and smoke hand-rolled cigarettes and keep house for their father while he’s off hunting or gathering bruises.

Both children love their father, whom they well know leads a violent life fighting in organized matches with Irish travelers and acting as an enforcer for local men as needed. But Daniel and his sister trust him deeply:

“Sometimes it was as if Daddy was torn apart by our questions. He wanted to be an honest man who shared what he knew with his children, imparting details of his current and former lives, knowing that if any of the details were too much for us that was the very reason for imparting them. Everything he did now was to toughen us up against something unseen.”

Elmet is slow and languorous, a novel almost lacking in plot until a third of the way through when it’s revealed that Daniel’s father does not own the land he has cleared in order to build his family’s house.

When Mr. Price, the local man who owns the forest and most of the town, finally shows up in his Land Rover with his two handsome sons by his side, Daniel’s life changes.

“‘We thought you must have bought the land from the travellers or else won it in a fight.’

‘I dindt buy land,’ answered Daddy. ‘I dindt win it in a fight neither. As far as Price is concerned we don’t own it, not in the way he sees ownership, at any rate.’”

Daniel’s father has claimed ownership, but under modern laws, owns nothing. This dichotomy between an old way of life and modernity and all its trappings will appeal to readers whose hearts hark back to the ancient way of human lives in far-reaching forests like those of the Celtic kingdom for which this novel is named.

And as Daniel is introspective and able to see more clearly than either his father or his sister, he is the one to tie us back to Elmet, and to the old ways:

“I half listened to the plans that were being made now in this lounge between my father and these new friends. I could not help but feel that they too were dancing in the old style and appealing to a kind of morality that had not truly existed since those tall stone crosses were place in the ground, and even then only in dreams, fables and sagas…Revenge. They were speaking of revenge. Revenge against Mr. Price and against everything that was invested in him.”

While Mozley’s prose is rich in details, bringing the Yorkshire setting vividly to life, the novel’s loose plot and tendency to repeat narrative beats will tax some readers’ patience.

Elmet is a novel to read for the pleasure of sharp details and of painting a complete picture of an uncommon life. However, once the novel begins to unravel the main conflict, and Daniel’s sister and father are set to defend what they see as wholly theirs, there will be blood in this story of British rural class conflicts and irreconcilable worldviews.

Jenny Ferguson is Métis, an activist, a feminist, an auntie, and an accomplice with a Ph.D. She believes writing and teaching are political acts. Border Markers, her collection of linked flash-fiction narratives, is available from NeWest Press. She is the creative-nonfiction editor and à la carte blog editor for carte blanche, where she welcomes pitches for blog posts from BIPOC, QT2S, and disabled writers, as well as writers from other marginalized communities.