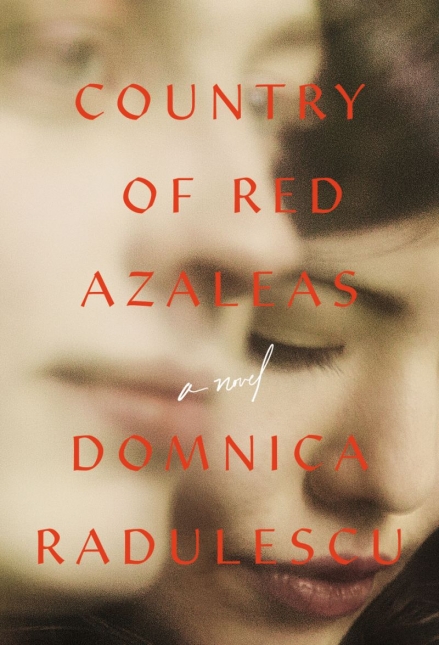 Domnica Radulescu’s third novel, Country of Red Azaleas, illustrates the redemptive power of female bonding, even in the most harrowing circumstances. The story takes place during the Bosnian War (1992-1995), when Serbian soldiers practiced systematic genocide and raped an estimated 20,000 to 50,000 Bosnian women in “rape hotels” or “rape camps.” In spite of the violence, Lara and Marija — a Serb and a Bosnian, respectively — remain closer than sisters, even in the face of separation and tragedy.

The two meet when both are schoolgirls in Belgrade. Lara is drawn to Marija’s exuberance and rebelliousness, beauty and charm. Lara, whose mother is an avid movie buff, was named after the heroine in the film version of Dr. Zhivago, and Lara shares her love of old movies with Marija.

The two girls become inseparable friends, spending summers together in Sarajevo, swiping fruit from nearby orchards, and gorging themselves afterward. Lara and Marija share everything — food, clothes, and even a lover. As college students, they spend hours in cafés discussing politics and philosophy. However, when war breaks out, pitting the young women’s homelands against each other, Lara and Marija must separate.

Lara leaves for the United States with her new American husband, Mark, while Marija returns to Sarajevo to become a war reporter behind Bosnian lines. A professor in Washington, DC, Mark tries to help Lara adapt to American life. Some of the most amusing parts of an otherwise unsettling novel are Lara’s attempts to understand concepts such as stay-at-home mom and take-out food. On the one hand, Lara is enamored of Washington — the variety of people, the bustle of Connecticut Avenue — but on the other, she feels increasingly alienated as Mark devotes more and more time to his work. She is especially annoyed that he has maneuvered to get Marija’s superior out of Sarajevo and to the United States, but has failed to free Marija.

When Lara becomes a stay-at-home mom herself with the birth of her baby, Natalia, the tedium and solitude of life in America come to weigh on her, making her feel more estranged than ever from Mark. She begins a doctorate at the university and throws herself into her studies. At a conference in Paris, Lara meets a handsome, French-speaking North African named Karim, with whom she has an affair, leading to a devastating divorce.

Through it all, Lara has heard nothing from Marija and has no idea where she is. However, on a trip back to the Balkans, she picks up clues. She learns that on a sunny day in July 1995, Serbian soldiers massacred her friend’s family, and that Marija has disappeared. When Marija surfaces in California, Lara races to join her, but finds her vastly changed. Still gorgeous, wild, and irreverent, Marija now has a glass eye and a reconstructed face. Furthermore, she suffers moments of deep dejection and fits of sobbing.

Little by little, Lara learns that Marija feels guilty about the deaths of her family members because she had urged them to leave town for what she thought would be the safety of the country. Worse still, Marija was raped by a Serbian soldier and consequently had a baby. Now she is determined to find the little boy she left behind and to take Lara and Natalia with her.

Country of Red Azaleas is filled with full-bodied, multifaceted characters. Radulescu avoids oversimplifying people and situations, showing how traumatic circumstances can lead decent people to behave irresponsibly. In Washington, Lara is a bewildered immigrant whose ambitious, single-minded husband often ignores her, but she is not a victim. She is snippy to Mark’s well-meaning colleagues, whose naive questions about the war annoy her, and she engages in an affair fully aware of the potential consequences. Likewise, Mark is a complex individual whose negative qualities are somewhat offset by his sincere love for Natalia.

Marija, the most intricate character of all, is both extraordinarily attractive and terrifying — a larger-than-life Hollywood-style heroine, foul-mouthed, tough, even capable of murder, yet fragile and vulnerable. Her unexpected psychological shifts constantly unnerve us, as they do Lara.

“When I looked at her,” says Lara, “I saw the full horror of that day in July 1995 displayed glaringly on her face. The gushing of blood, the obscene panting, the muffled screams, flesh, organs, guns, screams begging for death, sighing for death, screaming the sharpest scream across the black earth. It all passed for one second on Marija’s face like an apocalyptic cloud. The next second it was gone.” Like Lara, we love Marija, yet feel we cannot begin to fathom her.

Radulescu’s deft writing brings the ghastliness of war to readers, not through gory descriptions of battlefield clashes, but through details that evoke human responses to violence. We cringe at the mention of a child being shot dead as he crosses the street holding his mother’s hand. The image of a Bosnian Muslim woman desperately singing Serbian songs to throw invading soldiers off her track causes us to squirm. When Marija shoots out the windows of a building that she remembers as a “rape hotel,” we don’t know whether to applaud or cry.

Despite these horrific scenes, Country of Red Azaleas is a profoundly uplifting and optimistic novel. The strength and determination of both protagonists, their love for one another, and their yearning to create a better future for themselves and their children surpass the traumas they have suffered.

In the end, the red azaleas that remind them of their homeland — both the beauty and the bloodshed — take on a new meaning as Marija dreams of starting anew in the American West, “where cacti bloomed out of sand dunes and red azaleas hung from the windows of adobe houses.” Radulescu’s novel tells a gripping story, important for its poignancy as well as its insights into the human condition.

Bárbara Mujica is a professor of Spanish literature at Georgetown University and a novelist, short-story writer, and essayist. Her latest novel, I Am Venus (Overlook Press), explores the identity of the model for Velázquez’s Rokeby Venus, the painter’s only extant female nude. Her previous fiction includes the international bestseller Frida, based on the relationship between Frida Kahlo and Diego Rivera, and Sister Teresa, which was adapted for the stage at the Actors Studio in Los Angeles. Mujica has won numerous prizes for her stories, including first prize in the 2015 Maryland Writers’ Association national fiction competition. Her essays have appeared in the New York Times, the Washington Post, and hundreds of other publications. Since her son, a U.S. Marine, returned from Iraq in 2008, Mujica has devoted much of her energy to serving veterans. She received a Presidential medal from Georgetown University for her work in this area.