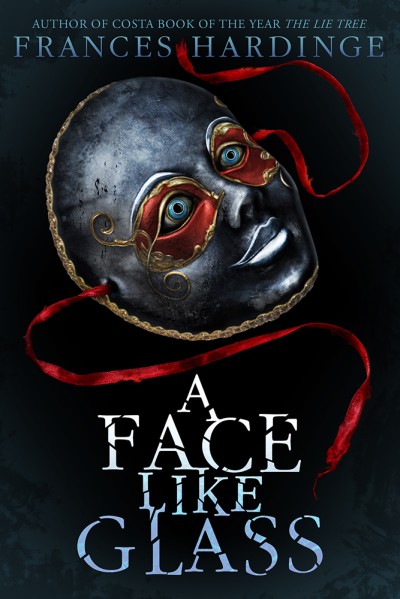 The extent of what J.K. Rowling and Harry Potter did for the literary landscape will not be fully realized for years. Whatever your thoughts on the boy wizard and his author’s merits, the cultural impact is undeniable as evidenced by any number of touchstones — from the creation of an entire theme park in Orlando to a series of enormously popular movies.

But Rowling’s daring has also created much smaller ripples throughout the publishing industry and, more specifically, in the arena of young-adult literature. It’s not difficult to imagine a world where Frances Hardinge’s new novel wouldn’t have found a publisher.

In fact, if not for the Harry Potter Effect, the mere notion of a 12-year-old heroine in the magical underground world of Caverna may have been dismissed as unpublishable — especially when the book comes in at just under 500 pages (a tome by YA standards) and its opening section spends a great deal of time on the fine art of cheese-making.

In Caverna, blessed are the cheesemakers.

So, with a nod of thanks to the trailblazing Rowling, we have A Face Like Glass, which is really nothing like Harry Potter and, as a comparison, is probably a disservice to its author. With a Costa Book of the Year award to her name for 2015’s The Lie Tree, Hardinge’s reputation stands on its own.

Just to recap, A Face Like Glass is not like Harry Potter and features a lot of ink on cheese-making. Oh, and most of the characters in the book are unable to make many facial expressions. In Caverna, such expressions are a sign of prestige and wealth.

(It would be understandable if, at this point, you haven’t yet rushed to Amazon to order A Face Like Glass for that YA reader in your life, but hear me out.)

What Hardinge has created in A Face Like Glass is an expansive, epic adventure that defies description and summary, but this would be a much shorter review if I didn’t at least try to describe and summarize.

Neverfell, the preteen heroine, is dropped into the underground tunnels of Grandible the Cheesemaker when she is 5. For the first seven years of her life in Caverna, all she knows is Grandible and cheese. On the rare occasions when Grandible has visitors, Neverfell must wear a mask because there is something wrong with her face that others would be aghast to see.

What Neverfell’s face holds, however, is not some hideous disfigurement, but rather an inability to express anything other than what she feels. A true face. In a land where the wealthiest may have 500 facial expressions to choose from, Neverfell has an infinite range, and each is true to her emotions — which, when discovered, horrifies the people of Caverna.

Here is a girl incapable of hiding deceit in a land where the elite families are continuously warring behind calculated facial expressions designed to conceal their honest, and often nefarious, intentions. Assassins have lots of job security in Caverna.

Neverfell, during an incident with a runaway rabbit and the possible ruination of a Stackfalter Sturton cheese, leaves the corridors of the cheesemaker and discovers a labyrinthine world outside: an underground world devoid of sunlight and human warmth. And when this world discovers Neverfell and the powers in her expressive face, there is fierce competition among the ruling families to use her for their own means and betterment.

As with most orphan protagonists (Harry Potter did not plow new ground in orphan lit), Neverfell’s desire to learn where she came from pervades her thoughts as she wanders the halls and caverns of Caverna. She knows that her presence in Caverna has a backstory, but it’s not one that anybody seems eager to share.

Hardinge populates Caverna with a number of memorable characters, including the Kleptomancer who, true to his name, steals things, and she has an interesting take on the mental wellness of cartographers. More than five minutes in the presence of a Caverna mapmaker generally leads to both a desire to become a cartographer and a gradual descent into madness.

The wines and cheeses of Caverna are coveted as the finest of delicacies, but if they are not made properly, the cheeses have the potential to release poisonous gases when touched or, in the case of the wine, wipe memories clean (which, I suppose, is not necessarily unique to Caverna varietals).

As Neverfell digs into the mysteries of Caverna, she finds an empire built on the backs of a slave class that has been neglected and forgotten, one so disposable that assassins routinely visit their part of Caverna to perfect attacks they intend to use later on “real” people.

Neverfell is horrified by the machinations of Caverna and longs to escape and discover who she really is. Her intentions are noble, but her face often betrays them, which makes escape to the overground, a land of light and warmth, nearly impossible.

The famed author ponders the fate of two cultures in her poignant seventh novel.