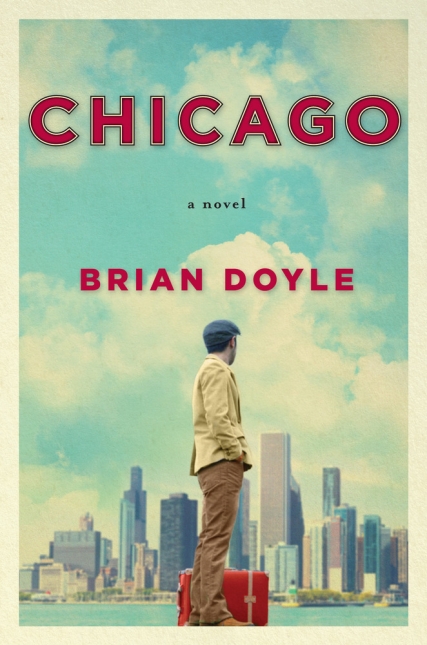 Chicago is unique in my experience. It is a sui generis creation that defies the conventional rules of fiction. It is not a novel, at least not as I understand the form — it has no central conflict that is resolved (or left unresolved), no central character (the anonymous narrator largely remains aloof from the action), no overall plotline, and appears to lack a beginning, middle, and end. Nor is it a collection of short stories.

It is, instead, a commentary, presumably fictional, written by a man apparently in his sixties about his first 15 months out of college living in an apartment in north side Chicago, probably during the 1970s. Much of the poignance of the memoir derives from the insights of the older man reflecting on his callow younger self. The reader sees the seeds of maturity beginning to sprout as the youth watches and learns.

The narrative begins when the 22-year-old man, who has just graduated from Notre Dame, takes his first job as a journalist at a small Catholic magazine in Chicago. He rents an apartment in a building owned by Miss Elminides, a woman of indeterminate age. Her building manager cum handyman is Mr Pawlowski (I follow here Doyle’s practice of omitting the period after Mr), a man in his fifties. In the six apartments on each of the three floors are an Armenian librettist, a retired movie star, an inventor, a Scottish tailor, a man who once raised cheetahs, a Trinidadian cricket player, a man approaching his 100th year, and an assortment of quiet others.

Most remarkable to the reader — but not apparently to the young narrator — is the resident who shares Mr Pawlowski’s apartment, a dog named Edward. No ordinary dog, this. He engages in regular learned conversations, reads Lincoln’s writing and speeches, offers sage advice to the young man, and holds office hours each Thursday morning in the alley in back of the building, attended by dogs, squirrels, sparrows, a night heron, raccoons, rabbits, rodents, and an opossum.

In passing, we meet a huge cast of characters, including the young man’s editor, the nuns in a nearby convent, Donald B. Morris (bus driver of the Sound-Asleep bus that the young man takes to work every morning), Matthew (a policeman), John (the mailman), and the unnamed sailor who lives the building’s basement.

Because the protagonist loves basketball, we see him dribbling for hours along the lake and through Chicago’s streets. He frequents blues clubs, plays ball with gang members, explores as much of the city as he can reach on foot. In the process, we learn little-known details about Chicago, even the origin of its name: an abbreviation of the Potawatami word referring to a species of garlic. Hence, according to the young man’s boss, Chicago means Garlic City or Garlicville or Garlicton or Galicsburg.

And Chicago itself is a principal character, from the alewife fish that crowd the beach from time to time, to the corrupt Cardinal Archbishop of Chicago, John Patrick Cody, to the best shops for gyros, to the perfect way to prepare empanadas (cooked by a building’s resident in the basement).

The text is vibrant with references to landmarks and intersections and buildings and restaurants. One vignette tells of the author’s occasional stops for a beer in the neighborhood bar called the Closet until the day the bartender tells him that other patrons have given the young man the nickname “Het.” It stands for heterosexual. The Closet is a gay bar. The narrator’s discovery leads to a burgeoning awareness of gay life in the city and his understanding, for the first time, of the Chicago Gay Pride Parade.

Along the way, magical events crop up, so that at times I felt I was reading magical realism in the style of Gabriel García Márquez. The primary example, of course, is Edward the dog. But other elements are equally strange. Mr Pawlowski, the handyman, speaks an elevated, learned, poetic language of a lyric scholar. Miss Elminides’ financial problems, resulting from criminal actions by a miscreant in her native Greece, are resolved through hefty but unspecified contributions from a handful of lurking sources. And the detective, who lives with the Scottish tailor in apartment 2B, is able to recount a White Sox game currently in progress, including the background of the players and the lineup, by opening a window four inches.

Baseball, particularly the rising and falling fortunes of the White Sox, is a prevailing theme throughout the book. Every character, even Edward, is transfixed by a passion for the game and the Sox’s struggles to win the pennant. The preoccupation, along with the protagonist’s addiction to playing basketball and the wafting of scents from ethnic restaurants and the weather over the lake and reverence for Lincoln, provides a colorful backdrop against which the lives of the characters play out.

Doyle’s writing style is as unconventional as his structure. The older narrator, having worked as a journalist for 30 years, has a vocabulary as broad as it is deep. He goes in for very long sentences, commonly running for more than half a page, with endless interpolations and multiple predicates. Doyle uses more semicolons than any writer in memory. And he specializes in serial sentences that all begin the same way, like: “It was Miss Elminides who…” and can continue for six to eight in a row. He also has favorite words that reappear. Two of them (also among my favorites) are “thrum” (four occurrences) and “redolent” (seven occurrences).

The miracle is that Chicago is an easy read. The tone is amiable, meandering, piquant with local color and unforgettable characters who appear briefly, never to be seen again. The paragraphs, even those of one sentence that go on for 20 lines, have a poetic lilt and rhythm with an undeniable musical sway. They reminded me of the narrator’s discursion on the nature of the blues as a musical form — so intrinsically human that it seemed I was feeling them rather than reading them.

In short, Brian Doyle’s Chicago, despite breaking all the rules in the fictionist’s handbook, works. It is certainly the best book I’ve read this year.

Novelist Tom Glenn is best known for his Vietnam stories. He spent 13 years there, on and off, providing covert signals intelligence support to combat units before escaping under fire during the fall of Saigon after the North Vietnamese were already in the streets of the city. His fourth novel, The Last of the Annamese, will be published in 2017.