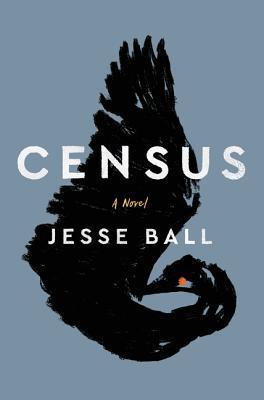 Jesse Ball’s novel Census begins with a preface that, in fewer than two pages, recounts the difficult life and death of his brother, Abram, from Down syndrome. At its most intriguing, the book becomes an extended attempt to imagine the existence of a person with Down syndrome, to depict the world’s veiled unkindness toward such individuals, and to remake that world into a place that treats all human lives with dignity.

After a widowed surgeon receives a terminal diagnosis for an unspecified disease, he decides to apply for work as a census taker so as to spend his final days traveling the country. It will be a way for him to bond with his son, who has Down syndrome, and prepare him for life without his parents.

Their journey from town A to town Z is reminiscent of Italo Calvino’s Invisible Cities, a fabulist guidebook populating the novel’s terrain with scattered civilizations marked by ruin, fear, and error. For example, the town of H is supported by a rope factory with conditions so hazardous that a doctor has taken up the grim vocation of keeping constant vigil over the workers.

Each chapter is named after the corresponding letter of the alphabet, but most of the towns are not as distinct as H, their delineations increasingly in flux until S, T, U, V, W, X, and Y all pass by in just a few paragraphs.

Beyond asking questions and tattooing a small mark on citizens’ ribs, the census taker’s actual job is never totally clear. Whatever the questions he is supposed to ask, the narrator soon abandons them and takes up his newly invented method. “I would go into each house and home,” he decides, “each town and village, and try to discover what was worthy of note.”

Along the way, there are increasing threats. One family, in particular, acts with clannish suspicion to these urban emissaries of the government.

“It became clear to the family,” the census taker discerns, “that we were the enemy, or, if not the enemy, then the messengers of the enemy, the enemy that they had heard about for so long…It is my opinion that everyone who was not one of them was to them draped in poison.”

It isn’t until after this encounter, 72 pages into the novel, that we learn census takers must abdicate their rights of protection under the law before taking up their work. “Anyone may injure, attack, kill, harm a census taker and there is no legal recourse,” the narrator informs us.

Despite the love that is central to the father’s journey with his son, we see his anger toward the world’s coldness flare up on occasion in surprisingly violent outbursts. “The town was unremarkable,” he describes D. “In a sense, it is possible to feel what wild horsemen must have felt, riding down upon cities in the dim past: the desire to simply burn these mediocre places and pile the skulls.”

The narrator’s tone is distinguished by circuitous sentences and an affected simplicity that will be a challenge for certain readers. For instance, the very basic advice he gives to two runaways falls short of profound simplicity: “I told them it was important to figure out what things were worth doing — and then to just do those things, don’t do any of the other ones.”

Ball’s assays at Cormac McCarthy-esque plainness and archaic tone, along with his love of parentheticals and backtracking, at times cause syntactic tangles I was helpless to figure out. To wit: “That first day, in the country near B, we passed the outside of the circle — that which it could be guessed had been done, that which must already have been performed — a circle I observed in the offices on an enormous map a hundred feet across, we had gone beyond it — and so it was time to begin.”

The novel’s main philosophical thrust comes through the narrator’s interest in the writing of Gerhard Mutter, a fictional naturalist who wrote obsessively about cormorants. The narrator’s sublime attempt to see the world as his son sees it is paralleled with Mutter’s trying to know the mind of the birds she so admires.

Their worlds are inaccessible in that they are not filtered through language, the narrator claims, or at least — in his son’s case — are filtered through an approach to words that differs from what we take for granted.

“So I would be speaking for,” he attempts to describe, “a world without names — wherein we see what is, and are impressed by it — the impressions push into us and change us forever. This is the world I believe my son lives in.”

The task of the census, in its efforts to translate lives into categories and statistics, is thus set in diametric opposition to the knowledge our narrator actually seeks.

Joe Sacksteder is a Ph.D. candidate at the University of Utah and managing editor of Quarterly West. His debut collection, Game in the Sand, is forthcoming from Sarabande Books in 2019. Recent and forthcoming publications include Denver Quarterly, Ninth Letter, Florida Review, and the Rumpus.