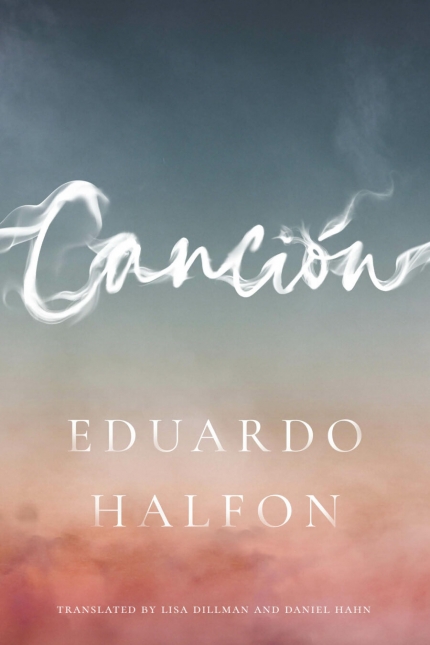 Over the course of the little more than 150 pages of Canción, Eduardo Halfon tells a choppy, autobiographical story. It opens with the protagonist, also named Halfon, attending a conference for Lebanese writers in Japan. Halfon is Guatemalan and Jewish, but he has a connection with the Middle East. His paternal grandfather was from Beirut and escaped the Great Famine of Mount Lebanon in 1917, eventually settling in Central America, where he became a successful businessman.

Told through short vignettes, the narrative moves back and forth between Halfon’s childhood in Guatemala — much of the action taking place in his grandfather’s grand home — and the conference in Tokyo, where the narrator, with his less-than-convincing ties to Lebanon, sticks out like a sore thumb. Parts of the story are also about his attempts to unearth what happened to his grandfather in the past.

The plot centers on the kidnapping of Halfon’s grandfather by guerillas during the civil war — fought between the government and several rebel groups from 1960 to 1996. The person behind the kidnapping is Canción, a guerilla and a butcher, who’s after ransom money. In the end, Halfon’s grandfather is set free after 35 days. This event takes place before the narrator is born. He admits he wasn’t curious enough to find out more when he was younger and his grandfather was still alive, but he’s on a quest to understand it now.

The writing is strongest when the author sinks his teeth into particular scenes. For example, when he is 10, Halfon reports, his grandfather gets so furious at him that he forgets his Spanish and starts yelling in Arabic. Halfon is upset and, that night, writes a letter to his grandfather:

“But bit by bit, as I wrote, my rage diminished, my crying abated, and I fell asleep right there, my head on the desk, on the paper. When I woke the following morning, now in my bed…I discovered the letter I had written my grandfather on the nightstand. I didn’t know who’d put it there…or whether anyone had read it. But there it was, in a red-and-blue post office envelope, ready for sending.”

Downstairs, his grandfather invites him to join him at the backgammon table. For the next several days, the older man teaches the boy the game. And every day, when they’re done, Halfon’s grandfather gets up and leaves without a word.

Scenes such as this are real and wonderful. And there are other bits, especially those that recount the violence perpetrated by the guerillas, that are unforgettable. The events described are so difficult to imagine that the author’s choice of conveying them in a matter-of-fact way seems like the only effective approach. But the extreme violence that took place in Guatemala feels disconnected from the main story, and the stakes related to the grandfather’s kidnapping seem low by comparison.

The Japanese sections of the novel are the strongest. The bond between Halfon and a Japanese woman, Aiko, builds up slowly, curiously. And his participation in the conference itself is nothing short of disastrous. When asked what he thinks about Beirut, Halfon admits he’s never been there and goes into a long digression about the two times he’s visited Israel before dropping the mic.

“Around me, a few Lebanese brows were still burrowed,” he observes.

The main obstacle I faced while reading this book, perhaps because the author adheres so closely to what he knows, is that we don’t get to understand the characters’ motivations. The mystery works sometimes, such as in the grandfather’s backgammon scene. But through much of the novel, the author writes about — and we observe — the action dispassionately, without digging deeper. And so, while we are amused and educated and even horrified, we are not moved.