An unusual, challenging portrait of the once-canonical author. 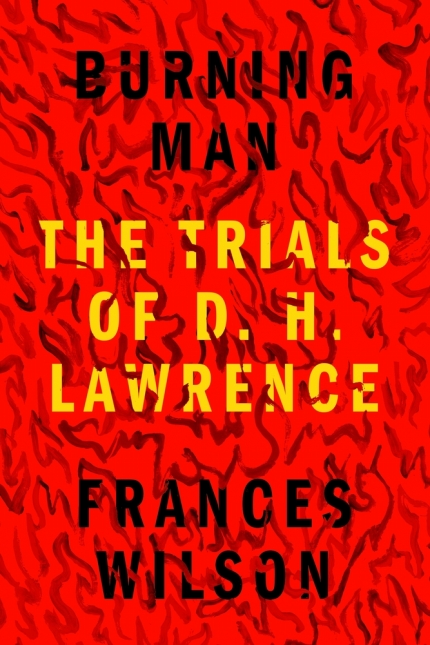 It’s been more than a decade since the last significant biography of the modernist novelist, essayist, critic, and poet D.H. Lawrence appeared in print. Now gifted literary biographer (and author of the recent, dazzling Guilty Thing: A Life of Thomas De Quincey) Frances Wilson offers an obliquely angled, at times perplexing new life of the once-iconic writer who fell from grace and out of the Western canon after Kate Millett’s Sexual Politics put in a new light his treatment of women in his novels and stories.

With a few exceptions, Burning Man does not try to rehabilitate Lawrence’s work, especially not his novels. Instead, it focuses on the “paradoxes” of his creative life in his middle period, from 1915 through 1925. These were the years when he wrote and published his most radical work at breakneck speed, beginning with The Rainbow and ending with Lady Chatterley’s Lover and including hundreds of poems, short stories, and literary and travel essays. Though often unwell with tuberculosis, he rarely paused from working.

“His fidelity as a writer was not to the truth but to his own contradictions,” Wilson writes. He was a modernist with an aching longing for the past, a sexually repressed and deeply ambivalent “Priest of Love,” and an intellectual “who devalued the intellect” while exalting the body. “His letters are stories, his stories are poems, his poems are dramas, his dramas are memoirs, his memoirs are travel books, his travel books are novels, his novels are sermons,” and all are “autofiction, accounts of what it is like to be D.H. Lawrence,” Wilson adds in amplification. At time, her insights seem rhetorical.

The book’s three parts reflect Wilson’s view that Lawrence’s life in these years was a reenactment of Dante’s ascent from an inferno into purgatory and on to paradise and Beatrice in The Divine Comedy. (The title of the book as published in Britain earlier this year was Burning Man: The Ascent of D.H. Lawrence.) England during WWI was the inferno; 1915 was “the year the old world ended,” as Lawrence wrote, “sliding in horror down into the bottomless pit.”

He and his new wife, the divorced bohemian German baroness Frieda von Richthofen, a cousin of the flying Red Baron, were stranded in an England at was that was hostile to the unfit, the unwilling to fight, and especially Germans, and which threatened Lawrence’s tubercular lungs with pervasive damp and smoke.

After the war, argues Wilson, each of their many frenetic and often strenuous geographical migrations — up and down the coast of Italy, to Ceylon and Australia, and to the American Southwest and Mexico — signifies an upward movement toward paradise. As the notorious marriage failed to bring him sexual bliss (or even fidelity from the sexy, beautiful, headstrong Frieda), Lawrence sought a place that was ever higher in altitude, fresher, less tubercular, and less tainted by sexual filth and depraved culture.

Wilson thinks he nearly found it in remote parts of Italy and in Mabel Dodge Luhan’s Taos, though she also shows clearly the man whom other biographers have described: progressively wasted from incurable disease, bitter, explosive, and violent with Frieda, and — though always capable of charm and genius — increasingly frenzied in his discontent until his death in 1930.

It’s a not entirely persuasive analogy, yet in Wilson’s hands, it is often a brilliant one. She marshals literary associations with writers and landscapes across four centuries and a continent to show the rich simultaneity of literary culture. Literary context is her art, and it’s with virtuosity and passion that she elicits the contiguities of Romantic imagery and temperament in Dante, Shelley, Lawrence, and others.

Wilson’s secondary mission is to “give major roles to those figures otherwise assumed to be minor and minor roles to those figures generally considered major” and to praise Lawrence’s short fiction and travel writing “consigned to the periphery” by early critics. She brings these “minor” characters — especially the elegant scapegrace Maurice Magnus and the eccentric American memoirist Luhan — sizzlingly to life. (Wilson devotes a combined 85 pages to them.)

The many who loved Lawrence in spite of his vicious fictional portraits of them — including Katherine Mansfield and John Middleton Murray, Ford Maddox Ford, David Garnett, Dorothy Brett, Luhan, Rosalind Baynes, Edith and Osbert Sitwell, and especially the remarkable Frieda — fill out a rich canvas.

Wilson’s footnotes suggest that she made use of few primary sources here, mainly relying on published letters, memoirs, and previous biographers’ research even when quoting Lawrence. But then, Burning Man may best be considered as much a work of interpretive criticism as of original biography. As such, it’s fascinating reading, if occasionally, like Lawrence himself, akin to “a radio station whose frequency keeps changing.”

By Bob Woodward and Robert Costa

Things really were as bad as many of us suspected.