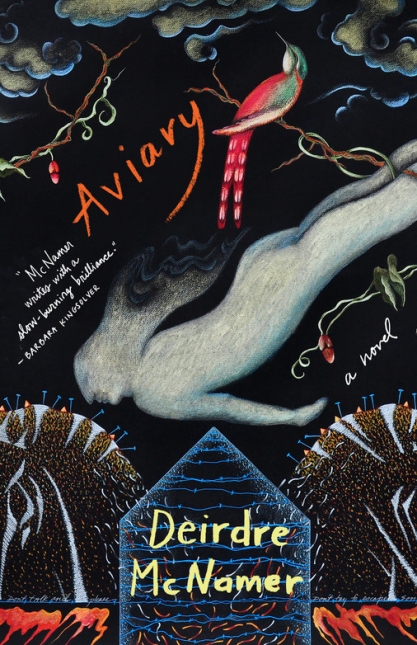 A fire breaks out early one November morning at Pheasant Run, a seniors’ residence in a Montana college town. The elderly residents are evacuated as the small fire in the building manager’s unit is easily extinguished. “One resident fell on the stairs during the evacuation and had been transported to the ER. Another with heart problems had been treated on the scene for a slight case of smoke inhalation. A third resident, one Viola Six, had not been located, and the manager, a Mr. Bonebright, was also missing.”

Enter Chief Fire Inspector Lander Maki, a Minnesota transplant with hyperosmia (a heightened sense of smell) and a much-beloved wife who makes her living by communicating with pets. He examines the scene, interviews the residents, and regularly consults with the detective in charge. By the end of the novel, Maki uncovers not only the culprit, but also a crime hiding in plain sight: the desperation of senior citizens living on the edge of solvency in a society dominated by greed.

Though the narrative arc of Deirdre McNamer’s fifth novel, Aviary, incorporates the structure of a police procedural, this is not crime fiction. The fire is a MacGuffin that brings Maki together with Pheasant Run’s residents.

There is Cassie McMackin, a widow whose loneliness leads her to hoard pills “in the narcotic and soporific categories” in order to bring about her own demise; her neighbor Viola Six, swindled out of her lifesavings and “just a few small reversals away from homelessness”; the Italian-Jewish painter Leo Uberti, who came to Montana during World War II as a prisoner of war; Professor Emeritus Rydell Clovis, well endowed with an academic’s overblown sense of superiority; and interloper Clayton Spooner, a bullied teen with a gun who strikes up a friendship with Cassie on the morning of the fire.

As Maki searches for the arsonist, the true villain of the story is revealed from the very beginning: money. It entices developers into engaging in unethical and deceptive practices. It leads the university into unholy alliances with private enterprises and “quasi-government entities that needed the memory-care units to function as a front for other activities on the premises, like cybersecurity facilities that needed to be very much out of sight.” It leaves the vulnerable to fend for themselves against predatory eldercare schemes and practices.

Another mystery surfaces when one of the arson suspects is found dead in his car at the bottom of the Yellowstone River. By that point, the reader has realized that the true puzzle at the heart of the story is not one that can be solved. It is nothing less than the enigma of humanity.

One man mourns for the rest of his long life a sweetheart he barely knew, while another finds his interest sparked by a woman a year after his wife’s deeply lamented passing. One of the residents turns away from the allure of death, while another embraces it. One character seeks to benefit from his neighbors’ misfortunes, another strives to rescue them at all cost.

Like the mountain ranges that rim Pheasant Run’s hometown (identifiable by its university and POW internment camp as Missoula, though never named), McNamer’s prose reliably rises to magnificence. While her style verges on the commercial, peppered with staccato sentence fragments and chapters that end with dramatic, splashy statements — “For the first time in many years, her answer to that question felt like grief” — that sweep the reader onto the next page, the sentiment is never cheap.

The stuttered timeline skips over dramatic events like the fire and the deaths, revealing them only later through conversations or private ruminations. Cassie’s description of Maki’s outlook also neatly characterizes the novel’s narrative structure, which “shift[s] constantly between thought and memory, present and past, the past being incorporated always in a hybrid present that anticipate[s] the future.”

One of the remaining mysteries of the book is its title. Cassie refers to Pheasant Run as the aviary, perhaps as a pun on the residence’s name. The ending verges dangerously close to happily-ever-after, but then the author stutters the timeline one final time, giving an ominous hint of the future, which is the reader’s present. A disaster looms on the horizon, for which the elderly will serve as the proverbial canaries in a coal mine.

Alice Stephens is the author of the novel, Famous Adopted People, editor of Bloom, a book reviewer, and a columnist for the Independent.

In this debut novel set in the not-too-distant future, the sons of felons are locked up in “schools” before they’ve even committed a crime.