The only thing missing from this account of the iconic photographer's life is the photos themselves. 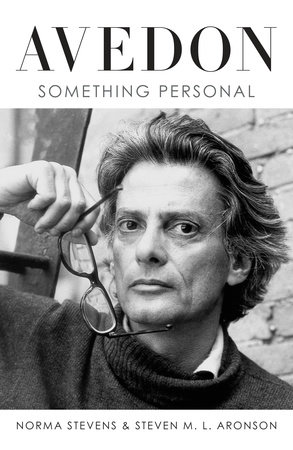 If you’re into pop culture, you’ll inhale Avedon: Something Personal by Norma Stevens and Steven M.L. Aronson, which drops more names in 700 pages than a prison rollcall.

If you recognize Kate and Naomi and Veruschka and Christy as first-name fashion models, you might pay $40 for the book, but you won’t see any of Richard Avedon’s acclaimed work for Bazaar or Vogue in it. You’ll read about “his iconic image of Dovima and the elephants,” but you won’t see why the image is iconic.

You’ll learn that Calvin Klein paid Avedon “three million in 1980 dollars” ($9.6 million in 2018 dollars) for the famous ad campaign showing a young Brooke Shields in an unbuttoned blouse and blue jeans saying, “Nothing comes between me and my Calvins.”

But, again, no photo.

Astonishingly, this biography of a world-renowned photographer contains none of his photographs.

Avedon was as celebrated for his black-and-white portraits as his fashion photography, but unless you know his work, you won’t understand why these portraits raised the ire of some of his subjects, like Truman Capote, whose “puffy-faced” image is described but not shown.

And neither are Avedon’s “vaunted picture of the Duke and Duchess of Windsor,” described as “two people without a country and without a soul,” and the photographer’s “highly controversial” and “fraught” portraits taken “relentlessly” of his terminally ill father during the months he was dying.

There are snapshots by others throughout the book, but none by Avedon himself. Apparently, this omission is because his images are controlled by the Avedon Foundation, which did not bless the book. In fact, the foundation issued a statement blasting the biography as filled with factual errors (some 200) and fantastical stories, which it claimed could damage Avedon’s legacy.

His son, John, called the book “a collection of half-truths or outright falsehoods,” particularly the last scene in which he prepared a meal and mistakenly sprinkled his deceased father’s ashes, rather than oregano, on the food.

A high school dropout who gravitated to intellectuals, Avedon was the beloved only son of an adoring Jewish mother. He loved theater and film and appeared to have read widely, as was evidenced by the nameplate on his building, which identified him as Dr. Aziz, the emotional character in E.M. Forster’s A Passage to India, whose quicksilver moods lifted him to heights of exuberance and cast him into the depths of despair.

“Avedon chafed at being defined a ‘fashion photographer,’ and longed to reign in the pantheon of artistes. To this end he published heavy books of his portraiture, staged gallery exhibitions and mounted museum openings, his proudest being twice honored at the Metropolitan Museum of Art. Yet by the age of 75, he felt burned out creatively. He agonized over losing his focus, drive and energy, despite daily infusions of amphetamines and sleeping pills. Still, he never lost sight of his financial worth, saying: ‘Money is the only power in the world, and that’s my belief.’

“He once billed The New Yorker for over $1 million in expenses and sent his collected receipts in a large Tiffany box. He considered Qatar’s Sheikh Saud bin Mohammed bin Ali al-Thani to be his own ‘ATM on legs,’ and charged him ‘many millions’ for personal photography.”

The book’s most startling revelation is the 10-year love affair between Avedon and the director Mike Nichols. Despite their marriages to women (two wives for Avedon; four for Nichols, including his widow, Diane Sawyer), the men once considered leaving their spouses and running away together.

Avedon later confided to author Stevens that he could not publicly declare himself as gay because his self-proclaimed stature as “the world’s greatest photographer” would be diminished, and there was nothing he cared more about than his star in the stratosphere. “You do it, after I’m gone,” he told her. Stevens obliged — and then some. She retold his stories about “innocent kissing” with James Baldwin and youthful sexual encounters with his sister and his cousin.

This intimate biography draws on the recollections of Stevens and her 30 years with Avedon as his studio director and confidante, as well as oral histories from friends, associates, and a few disgruntled employees, all of whom acknowledge his creative genius as well as his relentless drive for national recognition.

Despite the bad blood between the foundation and the authors, which comes across clearly in the former’s public statement, nothing contested by the foundation rises to the level of libel, even allowing for no chapter notes indicating where the facts in the narration come from — no diaries, journals, or correspondence are cited as documentation.

Consumed by his legacy, Avedon counted the words in the death notices of his rivals and wondered if he’d get more or fewer. Particularly sad was his obsession over how the New York Times would cover his final exit. “Will I make the front page…Will I be above the fold?” To this end, he sent the newspaper annual but unbidden obituary updates listing his latest shows and exhibits.

Richard Avedon, 81, died of a cerebral hemorrhage while on assignment in San Antonio, Texas. The Times reported his death on the front page — below the fold.

The Wizard and the Prophet: Two Remarkable Scientists and Their Dueling Visions to Shape Tomorrow’s World

Examining the worldviews of two influential but largely forgotten thinkers.

The underappreciated songwriter’s praises are finally being sung.