An entertaining posthumous collection of writings from the witty, acerbic Brit. 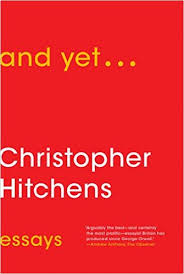 Though he continued to demonstrate a staggeringly wide range of interests until the very end, it is difficult not to zero in on Christopher Hitchens' reflections on mortality in this posthumous collection of essays.

Hitchens died in December 2011 after a battle with esophageal cancer discovered just as he'd launched a book tour for his bestselling autobiography, Hitch-22. By all accounts, he handled the journey toward the final curtain with a graceful stoicism and an acceptance laced with his trademark brilliant cynicism. Luckily for us, he also continued to write.

In a wonderful series of essays on the rigors of "self-improvement" at spas and the like, he remarks, "I have often thought that when I die it will be of sheer boredom, and the awful thing about growing older is that you begin to notice how every day consists of more and more subtracted from less and less." That essay, published in 2008, carries a poignancy neither author nor readers could have anticipated.

Still, Hitchens would not have allowed himself to stay morbid for too long, and it's only right and appropriate that a review of his work do the same.

Hitchens left nearly a quarter-million words uncollected when he finally had to put his pen down. These aren't second-rate efforts, either. With many authors — Ernest Hemingway comes to mind — family and publisher often act as birds of prey, circling that chest full of unpublished manuscripts in the attic or lesser works best left forgotten. (Motives can be debated elsewhere.)

However, the collected works here were published in Vanity Fair, the Atlantic, Slate, and other high-quality platforms. Hitchens’ widow, Carol Blue, recently wrote, "time after time, Christopher has the last word." Her own motives appear to be beyond reproach.

Hitchens is never dull, and even when he chooses a subject that doesn't exactly inspire automatic interest, he has an uncanny ability to make you want to keep reading. Believe me, I would not normally curl up in a comfy chair to read about Rosa Luxemburg or Mikhail Lermontov. He's easier to enjoy, though, when on more (to me, at least) familiar turf such as America's red state/blue state politics, or the corruption of Hillary Clinton and the horrors of Republican candidates, the oppressive Christmas season, and, of course, the hypocrisy of organized religion. No need to add that he doesn't believe in He, either. Think of him as a devout atheist.

Fittingly, one of the final essays in the collection (they're presented chronologically) is about one of Hitchens’ few unreserved heroes: George Orwell. Here's Hitchens on Orwell: "Other strong impulses include his near-visceral feeling for the English language and his urge to defend it from the constant encroachments of propaganda and euphemism, and his reverence for objective truth, which he feared was being driven out of the world by the deliberate distortion and even obliteration of recent history."

Replace "Orwell" with "Hitchens," and you've got a pretty good picture of another genius we were lucky to once have in our midst. With this collection, it's as if you've found a touching letter unexpectedly tucked inside an old friend’s book. You sit down and read it with a bittersweet happiness and a reminder that your departed comrade was as gifted and wise as you remembered.

So, I look upward to thank that higher power in the sky, something the author, of course, vehemently rejected, while I hedge my bets with a quavering uncertainty for giving us one more chance to spend some time with Christopher Hitchens.