The German invasion of Holland forms the background of a man’s struggle to find himself. 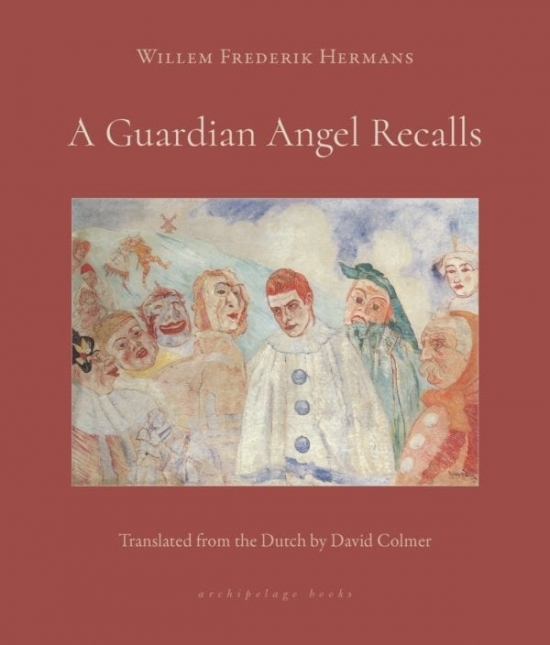 A Guardian Angel Recalls is the only book I’ve ever read that’s told from the point of view of an angel looking after its “ward.” The protagonist — 38-year-old Bert Alberegt, a public prosecutor living in the Netherlands as Hitler’s Germany begins its invasion of the country — is that ward. The story opens on May 9, 1940, the day before the incursion, and ends five days later. Throughout, Alberegt’s unnamed guardian angel does its best to guide him away from sin and toward virtue. Countering those efforts is a devil doing its best to lure the man toward evil.

The reader never leaves Alberegt’s side. On the first day of the story, he bids farewell to Sysy, the woman he loves, as she boards a ship bound for England, whence she will sail onto America. She is a German Jew who has escaped the Gestapo. They both know that the Nazi invasion is imminent, and Alberegt considers joining her in flight but decides to stay.

After seeing her off, Alberegt drives home in a hurry to get to a scheduled hearing. He takes a shortcut, ends up going the wrong way on a one-way street, and accidentally strikes and kills a child. Panicking, he hides the dead girl’s body in the bushes and hopes no one has seen him. The rest of the book follows Alberegt as the Germans seize the country and he considers either turning himself in or trying to flee. A friend, meanwhile, tells him that the Gestapo has included Alberegt’s brother on a list of suspicious Netherlanders.

The book’s challenging language reminds me of the awkwardness that so often afflicts translations. Typical is this wording in the scene immediately after the child is hit: “Near or far there was no one in sight. Nothing was moving in the brick road with mossy, grassy chinks.” I suspect the clumsiness results from trying to use in English the same structures one encounters in the text’s original Dutch, a temptation I as a translator know all too well. The result is accurate but gawky English.

Author Willem Frederik Hermans died at age 74 in 1995. His best-known works include the novels The Darkroom of Damocles and Beyond Sleep. He did indeed live through World War II; presumably, firsthand experience informed his descriptions in this book, such as:

“How many have been killed these last few days? Thousands? Tens of thousands? His imagination conjured up the most hideous torments: half-dead bodies pinned under collapsed beams. Children suffocating under rubble. Pilots in burning planes hurtling earthward like living meteorites. Soldiers with limbs shot off, slowly bleeding to death…”

Still, his writing style takes some getting used to. The perspective sometimes shifts, and I wasn’t sure what the author meant in places, as in this sentence: “Alberegt’s head came up against Erik’s with a bang and he reflexively tucked it in, so that he could only see the green grass of the lawn.”

The story comes across as believable largely because Hermans gives attention to small details often ignored by American authors. His willingness, for example, to make casual references to private body parts reminded me that we Americans are so skittish about any recognition of bodily functions. A detail that increases the sense of authenticity is the author’s inclusion of a test that the Dutch used to verify whether a stranger was a Netherlander, not a German: asking them to pronounce “Scheveningen,” the name of a small town near the Hague.

The book’s apparent message is summed up toward the end in a paragraph that presumably represents the angel’s thoughts:

“Inconstancy is the human state. People know nothing with certainty, but must, because life goes on, act as if they are carrying out determined plans. Unless they reconcile themselves to never-ending doubt or let themselves drift unaware on the stream of aging, cares always alternate with carefreeness and one delusion follows the other. The only fixed point is God, but what is God? He keeps His ways to Himself.”

I can’t say I enjoyed A Guardian Angel Recalls. Reading it was a labor, in part because of the brutality of the events depicted, in part because of the strange translation. But working my way through Alberegt’s story certainly gave me a strong sense of what the Netherlands faced in World War II. If getting to know unfamiliar worlds sounds appealing, this book is for you.

Comfortable in seven languages other than English, Tom Glenn is a fulltime author with six books of fiction and 17 short stories in print. Most of his fiction is about Vietnam, where he spent the better part of 13 years before escaping under fire when Saigon fell.