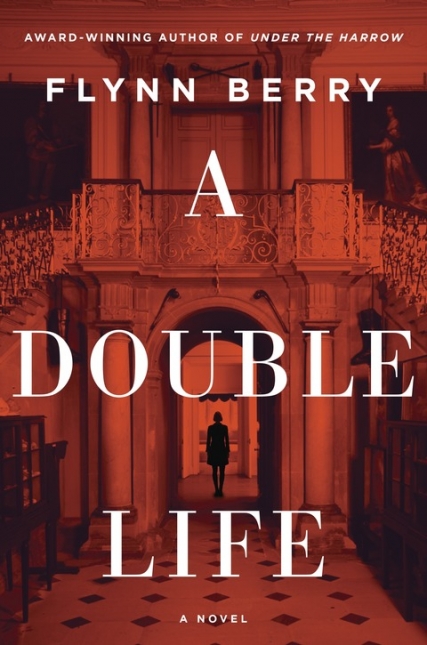 The thriller aficionados who I hang with are haughty. If a new novel is recommended to any of these self-appointed critics, the suspense better be compelling. The consequence of over-blessing a “good” read is a guaranteed session of verbal abuse.

Alas, I must reluctantly assign that rating to Flynn Berry's A Double Life. The book jacket promises "a gripping, intense, stunningly written novel of psychological suspense." Sorry, it didn't grip me.

Rather, the novel felt more like a rainy-day beach read than a standalone thriller. Although the book was interesting and well written, I had no gasps, no sharp intakes of breath, no amped-up pulse until late in the story when all was wrapped up.

The fact that Berry's novel was inspired by a true crime may have made the pacing seem strained as the plot meanders toward the unlikely.

An 8-year-old girl and her infant brother are asleep in their home when an intruder breaks in, bludgeons their nanny, and beats their "mum" to within an inch of her life. When the mother unequivocally identifies the attacker as her estranged husband, his rich friends collude to protect him. The inevitable result of privilege and power versus a victim’s truth forces the family to move and change their identity.

For about two-thirds of the book, we only know the now-grown daughter, Claire, by her new name. She is a successful doctor but is obsessed with finding her father, who disappeared the night of the murder.

The fact that he also abandoned his car, with blood-stained seats, is enough to keep the police on the hunt. Still, each phone call from the authorities about a possible sighting of the fugitive father ends up as just another case of mistaken identity. There has been no sign of him for over 25 years.

Many novels focus on the elusive desire for closure and the need to answer questions as to why something happens. The cardinal sin in suspense novels is to leave the reader unsatisfied with the ending. In this case, Berry dots the requisite I’s and crosses all her T’s.

As you would expect, this book travels between the past and the present and does so seamlessly. Worried for her younger brother, who is addicted to opioids, Claire muses, "Maybe that's why I'm doing better than he is now, like being loved by Mum was an incubator that was switched off too early for him."

Claire has no boundaries and no conscience about how she will learn the truth about her father, and even inserts herself into his former circle of friends by lying about her identity. Add a dash of snooping, a pinch of breaking and entering, and two cups of blackmail, and then, “Where’s Daddy?”

My misgivings about this book did not come from the plot or the excellent descriptions. I just needed more: Increase the tension in climactic scenes; allow the reader to feel how horrible it is to go to school with your father's face in the tabloids; and, for Claire, when closure comes, let us know it's worth it.