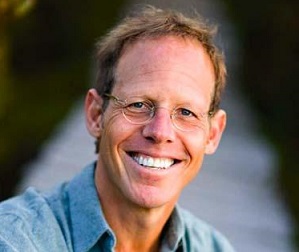 In acknowledgements for his bestselling book Midnight Rising, published in 2011, author Tony Horwitz wrote, “The story of the black raiders at Harpers Ferry also remains to be fully told.”

It would be nice to say that Horwitz’s comment inspired my own book, Five for Freedom: The African American Soldiers in John Brown’s Army, published last year. But though we had begun an email correspondence, my work was well underway when I noticed his written wish for more on the five black men with Brown in 1859.

Sadly, we never met face to face. But we were distantly related — through the Perski clan of Volozhin, in what is now Belarus, and its New Haven, Connecticut, branch — and, I would venture to say, we were kindred spirits. He was a roving newspaper journalist who became a fulltime author, and we shared many of the same interests, from Civil War re-enactors to John Brown.

I say “were” because Horwitz died suddenly on Monday, at age 60, apparently of cardiac arrest, while walking near his brother’s home in Northwest Washington, DC. He lived on Martha’s Vineyard but had grown up here and was about to begin a tour for his latest book, Spying on the South: An Odyssey Across the American Divide, published May 14th.

He had been scheduled to appear Tuesday evening at Politics and Prose. The store’s website said only that the event had been canceled, without giving a reason. But Horwitz’s sudden death was big news, and obituary writers wasted no time in reporting on his passing.

Years before he wrote his 1998 book, Confederates in the Attic, a deep dive into the sometimes bizarre and naturally divided world of Civil War re-enactors, I’d immersed myself in the same subject.

I’d written an article for the Washington Post magazine (then called Potomac) and, like Horwitz years later, had dressed in period garb, slept on hard ground in a Civil War reproduction tent, and, to complete the ruse, in my case, been arrested the next morning as a Confederate spy posing as a war correspondent.

In introducing his subject, Horwitz harked back to our common Perski roots, mentioning his great-great grandfather Isaac Moses Perski, who had immigrated to the United States and lived to 102 in New Haven, Connecticut. My great-grandfather, another Isaac Perski, had also immigrated, but east instead of west, to Palestine in 1870.

When I was researching Five for Freedom at Harpers Ferry, West Virginia, stacks of Midnight Rising in the gift shop testified to the ongoing interest in the radical abolitionist Brown and encouraged me to focus on the men long overshadowed by their martyred commander. Not surprisingly, in our acknowledgements, both Horwitz and I thanked many of the same Park Service staff at Harpers Ferry for assisting in our research.

Among them was Park Ranger David Fox, who has recently retired but continues to lead tours as a volunteer. “I first met him not long after he’d written Confederates in the Attic,” he told me of Horwitz.

“I got an autographed copy and have been following him loosely ever since. During the sesquicentennial of the John Brown raid [in 2009], he popped up in Harpers Ferry doing some research, and I got to know him a good bit better then. We spent several hours geeking out on John Brown. I consider myself to have been extremely lucky to have gotten to know him just a little bit. He was funny, warm, appreciative, and giving.”

On Horwitz’s Facebook page promoting Spying on the South, David’s wife, Lissa, recalled that her husband and Horwitz “drank a few beers together and exchanged many an email, which always began, ‘In your copious amounts of spare time, could you find this info for me?’ David always did, with pleasure. When we had become somewhat less stunned by the news, David said, ‘It's like [the late rock singer] Warren Zevon said; enjoy every sandwich.’ Appropriate, as it seems as if Tony enjoyed every single sandwich he ever had.”

Horowitz was scheduled to return to Harpers Ferry this October to speak during the 160th anniversary commemoration of the Brown raid. That, too, is canceled.

Through Fox, I reached out to Horwitz while working on my book. I’d hoped that he would blurb Five for Freedom. He said he would and requested an advanced reading copy. But he was immersed in his latest work and life and apologized repeatedly. No matter.

I sent him a finished book and responded to his emailed request in March to “like” his new Facebook page promoting Spying on the South, which has gotten glowing reviews. His posts before his sudden death were filled with his excited anticipation of personally bringing his story to audiences old and new. Now, the page is filled with testimonials and disbelief.

To which I humbly here add my own. Farewell, Cousin Tony. I hardly knew ye. I am so saddened that your book tour has been canceled. I have no doubt you would’ve packed them in. I, along with the world, will miss you. Thanks for your many good works, which live on.

Eugene L. Meyer is the author of Five for Freedom: The African American Soldiers in John Brown’s Army, which recently won the top award for a book of history and biography from the American Society of Journalists and Authors. A former longtime Washington Post reporter and editor, he serves on the board of the Washington Independent Review of Books.