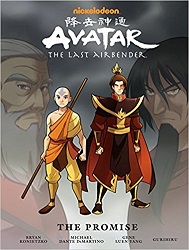 In my final year in grad school at the University of Baltimore, the poet Valzhyna Mort was giving me feedback on my thesis manuscript — what would become Low Parish — and she made two comments that have lingered in my imagination for years after.

The first was, “Steven, in 40 pages of poems, you never let the reader smile.” Accurate, accurate. Though I had marveled at a poet like Phillip Levine saying, “It took me 20 years to be funny in my poems,” I was certainly at my most morose and high-minded at that time, which leads to the second statement: “You don’t have to prove how smart you are.”

That one stung. Not because I perceived myself to be overly arrogant, though what arrogant person does? But because I’d struggled all throughout grad school feeling like an imposter.

In undergrad, I’d studied theater and thought I was going to be the next Denzel Washington, but by the time I applied to an MFA program in creative writing, those dreams were long since dust on the bookshelves. Yet I still had something to prove.

In the sphere of auditioning for acting roles, competition was always the framework — pick me and not that other person — and those actor’s habits hadn’t died peacefully. In my immediate post-MFA years, I wrestled with the question of: How does a poet invent, create, and play within the sandbox of syntax without having something to prove?

Turns out, the antidote was returning to a childhood love of cartoons and Japanese animation (anime). Awash in CRT glow, I remember vividly the first time I saw the character Piccolo: a stylized, green-skinned, purple-clad martial artist who could regrow his limbs, increase his size at will, and shoot beams of light from his fingertips. And, oh, his swagger.

Like many other American black nerds born in the early 80s, seemingly between the Xer’s and the millennials, my childhood left me with a cornucopia of cartoon-pop nostalgia. Everything from Thundercats and GI Joe to Batman and X-Men (shout out to Darkwing Duck, may he always ride a motorcycle down a bridge wire). Along with the buffet of western cartoons, certain Japanese cartoons had appeared on the television of a poor kid in Houston, TX.

I watched it all: Speed Racer, Voltron aka Golion, and Sailor Moon, to name a few. Later, as a teenager, I would be introduced to Dragon Ball Z, the show where Piccolo is a prominent antagonist, then anti-hero turned friend of the protagonist. The theme of enemy or rival turned friend is so ubiquitous throughout anime as to become a trope of tropes, but it is, perhaps, there where I recognized a connection to writing poems. Here were these visually inventive, narratively sincere stories that seem to embody a poetics of transformation.

Robert Pinsky, in his essay, “The Responsibilities of the Poet,” posits that a poet’s — and, by extension, any creative writer’s — primary responsibility is to transform an experience. Karl Shapiro cautioned that poems must remain “close to the earth,” lest they abstract into the realm of philosophers. Anime seems to embody a synthesis of those ideas in the reimagining of foe to friend.

Anime isn’t the only storytelling medium to use this narrative trope, but anime does, perhaps uniquely, manage to combine that with visual metaphor, lyricism, and transformation, as well. Faces and bodies slide in their iconography in order to express emotion: large eyes become mere dots when a character is surprised; whole bodies become chibi, or childlike, versions to suggest playfulness; facial features become more realistic and detailed when the characters are angered.

In other words, physical forms are malleable.

What allows for such fluidity in representation within a single show or film? It's called mukokuseki. In brief, mukokuseki is a Japanese term that might be translated as “a sense of statelessness.”

The term is often used to describe the nature of animated space in anime. It’s a kind of tabula rasa of visual abstraction. It’s the reason why you might have a seemingly realistic high-school comedy anime, set ostensibly in one of Japan’s prefectures, where a character has bright orange hair that isn’t dyed or the result of having a European parent.

In animation, mukokuseki allows for the whole idea of race as connected to skin color to become destabilized, so much so that I often tell my students that anime characters aren’t white, black, Latinx, or Asian — their race is anime. Mukokuseki crafts an “otherworld” space where the referents to the real world can be muted or non-existent.

In that way, it parallels the way that Afrofuturism works in the speculative fiction of Octavia Butler or Nnedi Okorafor. Loosen the bounds on imaginative space, reduce the rigidity that certain mimetic representations create, and you have a powerful tool that poets can use within the line and through inventive syntax.

It can feel liberating. One of my poetry grad students, Moshe Fine, recently wrote the following in an online post for class: “[I am] interested in how to imagine liberation as something other than an extension of reality.” This is my desire as well.

Here are three examples of poets who I think are doing what I am describing in language:

“Gnawa Boy, Marrakesh, 1968” from Into Each Room We Enter Without Knowing by Charif Shanahan.

“The tips of his toenails translucent as an eye”
“and the face, swollen, expanding like a lung.”

Certainly any simile enacts a small transformation, but the strangeness of the comparisons here — in each, a part of the body becoming another part of the body — feels near to the kind of fluid iconography often seen in anime.

“The Voltron Communiques” from The Black Automaton by Douglas Kearney.

Really the entire book The Black Automaton deploys various anime aesthetics. From the visual, diagram-inspired poems to the sheer variety of forms, it’s as if each poem has its own Mecha suit made out of mukokuseki.

“Magical Girl” and “The Great Saiyagirl” by J. Bailey Hutchinson. These two poems are more directly inspired by narrative content from anime, referencing both tropes and specific shows, but they also maintain the playful freedom that creates animated space, with its own rules and logic, through syntax.

Here are three animes I think are good starting places for poets and other writers to inspire their lyricism and sense of invention:

Spirited Away by Hayao Miyazaki. A modern classic. Just say “No Face” to most folks under 40 and watch their eyes grow to the size of anime characters. To call this animated film visually stunning is like saying it sort of snows sometimes in Vermont. But why I like this film for poets in particular is how often you have two visual, disparate kinds of animated figures in the same frame. Just seeing that kind of juxtaposition consistently can help a writer think about how to bring that sensibility to syntax.

School Rumble by Jin Kobayashi. The quintessential, zany, high-school romantic comedy. The pace can be frenetic at times, but it has such a high degree of fluid iconography, in regard to the body, the landscape, or otherwise, a viewer can’t help but smile. I think this show could help a writer consider what zaniness might look like on the page, without losing narrative coherence.

The Legend of Korra. Though this is an American cartoon, I think it, along with its predecessor, Avatar: The Last Airbender, has such a keen eye for physical movement in animation. The creators specifically wanted to create a situation where there could be action without explicit violence, since they were creating a show for Nickelodeon. With that ethos underpinning all of the martial arts on display, there is a dance-like lyricism to the show and its visuals. I often think about how this can teach movement both in content and in form for the poet.

Steven Leyva was born in New Orleans and raised in Houston. His poems have appeared or are forthcoming in 2 Bridges Review, Fledgling Rag, the Light Ekphrastic, jubilat, Vinyl, and Prairie Schooner. He is a Cave Canem fellow and author of the chapbook Low Parish. Steven holds an MFA from the University of Baltimore, where he is an assistant professor in the Klein Family School of Communications Design.

The Best Sandbox Ever

The surprising parallels between poetry and video games.