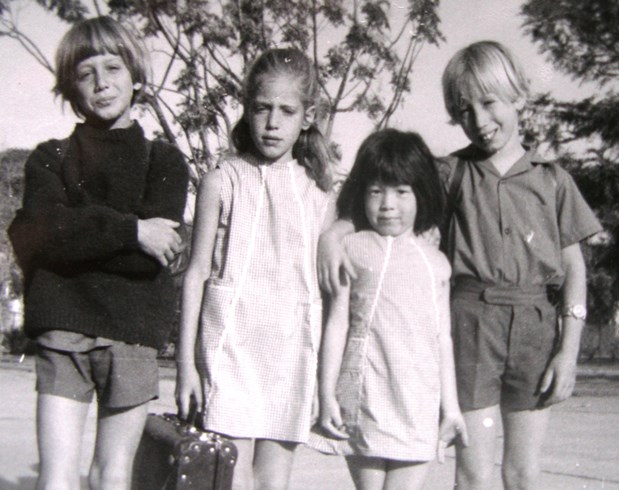 Someone once described Alice as the raisin in the oatmeal

A, my name is Alice, I’ve lived in America, Africa, and Asia, and I’m an aspiring author. Below please see the outline of my proposed memoir, The Letter A, each chapter of which is devoted to an A word that has shaped my wry, skeptical, slightly off-kilter outlook. It’s Wild meets Angela’s Ashes, only without the heroin, hiking, alcoholic parents, and Irish slums—but just as popular with book clubs (under 250 pages!). Herewith is an outline:

Alice: Growing up, I never loved the name Alice, which was what the spinster aunt or the maid—or in the case of The Brady Bunch, the spinster maid—was always called. However, the literary masterpiece Alice’s Adventures in Wonderland, and the many distinguished writers with whom I share the name, have brought me to, if not love, then at least take a certain pride in the moniker.

Adoption: The youngest of four siblings, I am the only adoptee, used to people screeching, “Nooo, you’re joking!” when I’m presented as a family member. As Michael Reagan, Ronald’s oldest son, who is inevitably introduced with the epithet “adopted,” says, “I grew up with a big hole inside of me. Most adoptees grow up sensing that same hole inside of them.” My holes, and how I fill them, will make up the dramatic tension and heal-thyself arc of the narrative.

Amerasian: Not so much in vogue since the end of the Vietnam War, this term can be used for the Asian-born offspring of Asian and non-Asian U.S. citizens, usually military. One foot in both worlds, but not fully accepted by either, I, like so many great artists, am the eternal outsider.

Asian-American: Though I am half-white and adopted into a white family, I self-identify as Asian because that is the way people see me. Growing up in Botswana, where the Asian population (excluding Indians) numbered about four, I became used to people pulling their eyes and making kung-fu moves at me (Bruce Lee, not Bruce Willis, was the first true international film star). These gestures, and the many other stereotypes people hold dear, have followed me in my world travels, making me cynical about humankind’s capacity for philanthropy.

Author: All I’ve ever wanted to be was a writer. As a child, I made long lists of outlandish names for the characters who would populate my stories. Boxes in my basement bulge with notebooks scrawled with wandering, plot-less stories about carefree teenagers living in privileged luxury without adult supervision (years before the Disney channel!). One novel lives in a dusty file box in the back of my closet; another is making the rounds of publishing houses (The Twain: A Tale of Nagasaki); and a third is in the embryonic stages in the electric womb of my hard drive (Famous Adopted People).

So, right about now, the only thing stopping you from picking up the phone to call me is the burning question: but does she have a platform? She does! Please check out the Washington Independent Review of Books for my regular column, Alice in Wordland.

The worst year ever allowed this bookworm to achieve a personal best.