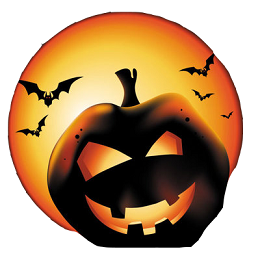 These titles may be vastly different from one another, but they share something in common: They’re each frightening — to somebody, at least — in their own way. (Except for a certain work by Truman Capote, which is apparently scary to a lot of people in a very similar way.) Read on…

1984 by George Orwell. “Yup, it’s gotta be this one. I won't share the last sentence of this terrifying novel on the off chance that there exists an adult who hasn't read it. Suffice it to say that if there are four more terrifying words in literature, I'm grateful to have not encountered them.” ~Heidi Mastrogiovanni

In Cold Blood by Truman Capote. “In 1959, four members of the Clutter family are murdered in Holcomb, Kansas.” ~David Bruce Smith

Wuthering Heights by Emily Brontë. “Although the scene where Cathy’s ghost knocks on the window is scary, nothing is more chilling than three generations of the Earnshaw family feud.” ~Dorothy Reno

The Tale of Samuel Whiskers by Beatrix Potter. “The heart-stopping part was when Tom Kitten got captured by two rats who made him into a ‘kitten dumpling roly poly pudding.’ The illustration of Tom being rolled up in pastry dough by the rats horrified me, as did the picture on the following page, where he was made into a pie, with his ears sticking out at one end and his tail at the other. Every time I read that book, I braced myself for this illustration, then pored over it with morbid fascination, trying to wrap my head around such evil!” ~Amanda Holmes Duffy

Rosemary’s Baby by Ira Levin. “Rosemary and Guy Woodhouse move into an old New York apartment house. She gets pregnant and delivers her child under unusual circumstances.” ~David Bruce Smith

What Was I Scared Of? by Dr. Seuss. “To this day, I still can’t figure out what I was scared of, but this was the first story that truly terrified me. I enjoyed Popeye cartoons, so the terror did not arise from ‘Grin-itch Spinach,’ and though I’ve grown into a fondness for a peck of Snide (remarks), I don’t think I was quite so cynical when my mother first read the story to me before bed. Maybe it was the shade of blue that serves as the backdrop for the drawings, or maybe it was far simpler — empty pants should not be riding a bike or rowing a boat! Sure, the Headless Horseman was terrifying, but at least he had a torso, arms, and legs!” ~Drew Gallagher

Selected Poetry and Tales by Edgar Allan Poe. “I read ‘The Cask of Amontillado’ while lying on the couch one late fall afternoon. When I got to the end and Fortunado had been sealed behind the brick wall, entombed alive, I sat up straight and realized that the sun had set and the only light in the house was the small circle thrown by the lamp I had been reading under. I cowered on the couch until my wife came home.” ~John P. Loonam

In Cold Blood by Truman Capote. “The descriptions of the murders in this nonfiction classic gave teenager me nightmares, but it also made me want to write nonfiction.” ~Gretchen Lida

It by Stephen King. “I remember being 10 years old when I first read this. I read it on the floor of the adult section of the Eugene Public Library in Eugene, Oregon, a small town not unlike Derry, Maine, where It takes place. I couldn’t take it home because the library wouldn’t allow an adult book to be checked out on a child’s card, so every day, I went and read a little bit more. And I was terrified. It wasn’t just that the main characters were my age having to fight this horrible monster that was killing children, many also my age. It was the thought that a monster like the one stalking Derry could also be stalking Eugene. That I could find myself alone riding my bike — like I often was — and something would get me. No other book has scared me so much since then or had its horror feel so real.” ~Adriana Delgado

The Stand by Stephen King. “This one, without a doubt. As a young reader, to confront the ultimate battle of good vs. evil…still haunting. Keep walking, Walking Man.” ~Chris Rutledge

Something Wicked This Way Comes by Ray Bradbury. “I couldn’t have been more than about 8 or 9. Something about the macabre carnival, which is already preloaded with the spectacle and unusual imagery, and the idea that the carousel could have a mystical effect on your life, gave me the willies. But I also remember being fascinated by the use of a Shakespeare reference as a kid and was drawn to read it to figure out why that was being used. The book, at its heart, is about confronting fear, valuing friendships, and the power of mirth.” ~Steven Leyva

In Cold Blood by Truman Capote. “I read it in the New Yorker, secretly, when it came out. My tolerance for scary stories has never been good (I didn't read Nancy Drew because it was too scary), and this real-crime story was so terrifying, I couldn't stop reading and couldn't tell my parents I was reading it.” ~Ellen Prentiss Campbell

The Apartment by S.L. Grey. “I thought I was picking up a psychological thriller — and it is definitely that — but discovered something altogether more haunting. The story centers on Mark and Steph, a married couple in Cape Town whose already-shaky marriage is further damaged by a home invasion. Financially strapped, they nonetheless decide to go on holiday, leaving their young daughter with Steph's parents and swapping homes with a seemingly lovely couple in Paris. They soon realize something is very wrong when they arrive at the decrepit building that's supposed to be the site of their idyllic stay and learn the other couple never arrived at their Cape Town home. This is a quiet, claustrophobic, creepy tale that had me jumping at every little sound in my dark, quiet house weeks after I finished it.” ~Kristina Wright

Five on a Treasure Island by Enid Blyton. “I read this at the age of 6 and was struck alternately by envy and terror. Four cousins become fast friends as they solve a mystery. There’s a great-great-great-grandfather’s shipwreck, buried gold, antique maps, castles, islands, dungeons, and, of course, villains. I envied the kids their freedom to explore a wide swath of area on their own and was transfixed with terror as the cousins and their dog raced to find the gold before the villains bent on attacking them did.” ~Keira Soleore

Night Shift by Stephen King. “This story collection, which I discovered when I was 10 or 11, was my gateway drug into King’s world. From ‘Sometimes They Come Back’ to ‘The Boogeyman,’ these tales are irresistibly spooky. By the time I got to the final story — the one about the eerie little girl ‘still waiting for her goodnight kiss’ up near Jerusalem’s Lot — I was thoroughly freaked out. And hooked.” ~Holly Smith

Boo! Click here to support the nonprofit Independent, or else!
comments powered by Disqus