The Best Sandbox Ever

The surprising parallels between poetry and video games. 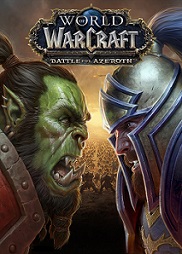 In the first year we were married, my partner asked me, “Why do you still play video games?” To which I responded, “I can’t remember a time when I didn’t.”

Some of my earliest memories are connected to that particular technology. Everything from the frustrations of hooking up coaxial cables and RF antennae to our wood-grain TV set, to the ritual of blowing in a Nintendo cartridge to get it to load properly. I’ve had an Atari, NES, Sega Genesis, Dreamcast, Playstation (1, 2, and 4), Xbox, Xbox 360, and Xbox One.

And those are just the console games.

I grew up on point-and-click adventure games for PCs like “King’s Quest V” (shout-out to King Graham finding his family). I’ve played a variety of strategy games like “StarCraft” and “Warcraft,” though, oddly, never the MMO “World of Warcraft.” I am among that small sliver between Gen-X and Millennials that has grown up almost entirely with the rise of computer-gaming culture.

So what, if anything, can video games teach a poet?

One of the powerful experiences video games provides is the sense of being immersed in a stimulating world. Traditionally, this is done through the same systems of suspension of disbelief on which movies and live theater rely. But with the advent of virtual-reality technology, one really can be “surrounded” by the game.

Some games, such as role-playing games, support that sense of immersion by allowing the player to craft a character whose choices affect a fictional world, thereby making the world dynamic, while still establishing certain rules that define the borders of the game.

I see in that framework an analog to the formalist poets and experimental poets touting the freedom of playing within a set of restrictions. Take the sonnet, for example. Those 14 lines might as well be what game designers call a sandbox, which is a term used to describe open-world, free-play-style games. Think “Grand Theft Auto.” The metaphor goes, “Give them a sandbox and they will build castles”

For the sonnet, how and if and when those 14 lines rhyme and in what pattern they enact the argument of the sonnet is a part of the pleasure for both the reader and the writer. The sandbox has borders, but the sand is infinitely deep and high. Though there are nearly infinite possibilities, the reader, like the gamer, also has the certitude that the poem will eventually end. Whether that end is satisfying is subjective, but, certainly, any satisfaction arises from the experience of being immersed in the sandbox.

One might even think of the use of cut scenes — the short cinematic sequences between moments when a player is controlling the character — as functioning like the volta, or turn, in a sonnet.

The parallels between video games and poems persist even when the games are non-narrative. Games like “Mortal Kombat,” “Street Fighter,” or “Tekken,” which focus on various types of martial-arts combat, have a set moves lists. A moves list represents the different combat maneuvers a character can perform. But, again, the way in which the dance of fighting is done is vast and highly performative. It reacts, it counters, it engages with the perceived audience of the other player.

2. Reloading, Redoing, and Repeating Can Be a Pleasure

Another useful aspect of video games is that they are, by nature, structured like the writing process (brainstorming, drafting, revising, and editing). Most video games with a narrative have a way to save the progress a player makes toward completing the game. Some gamers power through in dayslong binges, while others play in spurts and savor the experience. This is a habit that writers often deploy, as well: the old tensions between writing when inspired and getting some distance from the work.

When a challenge is experienced in a video game — whether it’s a boss battle the player can’t win, or a puzzle the player can’t solve — the games encourages flexible thinking and attempting new strategies. Those skills are vital to a poet in learning the possibilities of the line, of the stanza, of the poem.

Chris Abani, one of my favorite novelists and poets, often tells his students that a line of verse is not a unit of meaning, like the sentence, but rather a unit of possibility. I think the challenges of video games encourage a person to see possibilities, but they also invite the player to revise the way they play and think.

Some games also have a high degree of replay value, where the player might solve the same challenges in different ways or through different personas. Even the idea of reloading or respawning in a game after the “peer review” of a defeat parallels that process in a micro way.

With the clarity of bells in mist, I hear the echoes of rhetoricians and composition instructors saying, “Sounds like multiple drafts.”

Ultimately, games are rhetorical in structure, tactile in experience, and exist beyond the porous borders of consciousness. Poems do this, as well, when they are really effective. Both live in the palm, so to speak.

3. Both Social and Solitary

To play video games and to read poems is to enter into a practice that synthesizes two experiences through the lens of art. On one hand, reading is a profoundly private act, and perhaps a private pleasure. To be arrested by an imaginative line from a poem in the cool of the morning before the coffee is brewed can be, and has been, a sacred experience.

Likewise, late into a summer evening, finally completing “Mass Effect 3” after months and sitting satisfied in a comfortable chair isn’t any less sacred to me. These are moments often left untweeted, unposted, and outside the infinite scroll of the internet; rather, they’re stored in the infinite scroll of memory. A bit of the hermetic exists in the experience of both art forms.

There is, however, also the larger communities of both gamers and poets out in the world creating neologisms and 1337 (leet) speak. Both, at some level, are interested in how language bonds people together, bonds the mind to the body, bonds a group to a technology.

And, I guess, I do believe that the poem, the artifact of the poem, is a kind of technology. Perhaps the poem is original Twitch streaming. Something to document an experience and something to share an experience. I think poets thrive when their awareness grows about the social and solitary natures of writing. Video games can be a fun and practical method of growing that awareness.

4. Some Video game Recommendations for Poets

1. “The Witcher 3” or “Fallout 4”: for cinematic imagery, persona poems, and how RPGs can help structure narrative poems.
2. “Sonic Generations”: for lyrical movement with muted narrative, pacing, racing, and a golden-haired hedgehog.
3. “Minecraft”: for experimental forms and synthesizing the social and the solitary.