What the DC writing community taught me about myself. 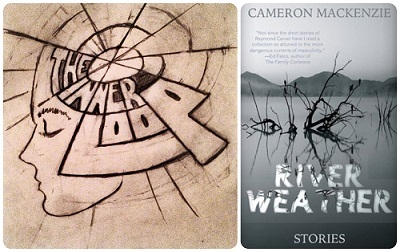 Loudoun County, Virginia, in 1989 was just beginning its enormous transition from a rural farmscape to the steaming suburbia it is today. As a kid out there at that time, I felt there was no culture to speak of, and DC seemed a very long way away. Looking back, the county was still in many ways the agrarian South, and many of those old ideas still held sway.

The English department at Broad Run High School succeeded in convincing me that writers acted as both the voice and the conscience of their society, and writing fiction seemed to me second in importance only, possibly, to the presidency. And it was a very close second.

I left Northern Virginia for a few years to teach in Japan, and when I returned, I was convinced I was ready to get an MFA at any one of the best schools in the country. I was not. George Mason was my fallback, and when I didn’t get in there either, I decided to drive out to Fairfax and ask one of its professors what, exactly, was going on.

I don’t remember who agreed to meet with me, but I do remember that professor’s honesty, generosity, and patience. We went over my portfolio together, leafing slowly through god-knows-what.

He went on, “You can go one of two ways. You can continue in the direction you’re headed, or you can slow down and learn the requirements of fiction.”

He pointed me to the Writer’s Center in Bethesda, where I took my first writing workshop. I was the youngest person in the room by 20 years, and my stories were hopelessly naive, but I began to learn — principally through reading the work of my peers — the rudiments of plot, character, arc, and dialogue, all the mechanics of what a story is supposed to be.

A year later, I applied to the Heritage Workshop at George Mason, then run by the novelist Richard Bausch. I answered the phone one afternoon to a gruff voice informing me, “You’re in.”

Bausch’s influence on me — my understanding of writing, of fiction, of how writers conduct themselves, and what the whole strange edifice of fiction truly is — was immense. I ran across my notes about a year ago and, looking through them, realized that they contained all the founding principles I’ve followed ever since, principles so ingrained in me that I’d stopped asking where they came from.

After that first workshop was over, I chose what seemed to be the safe route and, instead of reapplying for an MFA, entered a Ph.D. program in literature, eventually moving out of the area.

“You,” Bausch told me over beers, “are a fucking idiot.”

I laughed at the time, but I wonder how different my life would’ve been had I continued on in the program, moved to DC, and entered its literary culture fully. Maybe I would’ve become a different writer than I am now. Because in truth, and in spite of all the places I’ve lived, I’m still a Southern writer working from old but not wholly wrong assumptions, participating in a tradition that, perhaps, exists only fleetingly in the Northern Virginia of today.

Cameron MacKenzie’s work has appeared in Plume, Salmagundi, the Rumpus, and the Michigan Quarterly Review, among other places. His novel, The Beginning of His Excellent and Eventful Career (MadHat Press), chronicles the rise to power of Mexican revolutionary Pancho Villa, and was called “original, poignant, brutal, and beautiful,” by Kirkus Reviews. His recent collection of short fiction, River Weather (Alternating Current Press), explores the transformation of Northern Virginia in the 1990s and early 2000s. He received his Ph.D. in English from Temple University in 2010 and published Badiou and American Modernist Poetics (Palgrave Macmillan) in 2018.

We here at the Independent love every piece we run. There are no winners or losers. But all kidding aside, here are January’s winners.