Seven-Figure Book Deal for Debut Author: No, I’m Not Bitter

When the jackpot gets large enough, I like to play the Powerball. I try not to think of writing the same way: as a luck-driven, strike-it-rich kind of enterprise. 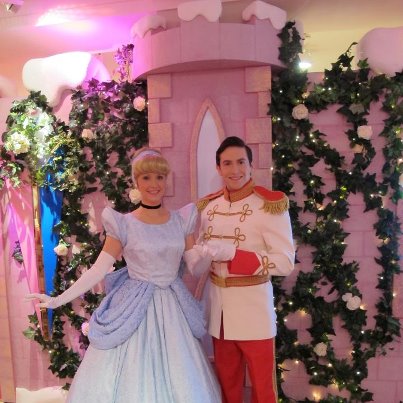 When the jackpot gets large enough, I like to play the Powerball. I try not to think of writing the same way: as a luck-driven, strike-it-rich kind of enterprise. But then there’s a story like this one, where a 35 year old debut novelist gets a three-book, seven-figure deal from HarperCollins. This is the writing equivalent of winning the Powerball, is it not?

Remarkably, I can find very little online about the author, Erika Johansen. Where’s her cutesy writing blog where she gives away copies of her friends’ books to new followers? Where’s the twitter account agents say every aspiring writer needs? Where are her previously-published short stories?

The one piece of information the short blurb about the deal made sure to include is that she is a graduate of the Iowa Writers Workshop. So presumably she’s got training, chops, talent. We can expect good things from the series, maybe even some literary merit.

Of course the series itself sounds unappealing to a reader like me, and uninteresting to me as a writer. “Johansen says she heard then-Sen. Obama give a speech in 2007 and was inspired to create the series’ idealistic heroine,  19-year-old Kelsea Glynn. The publisher is billing the books as a female version of George R.R. Martin’s ‘Game of Thrones.’” Sign me up for pre-order now!

Can you detect I’ve got some mixed feelings about the deal?

On one hand, I’m thrilled such a thing is still possible, thrilled that a new author around my age without all the technological accoutrements aspiring writers are told they need – or even the previous writing credits we are told help grease the skids on query letters – can achieve something like this.

On the other hand, how many writers aren’t getting deals as the publisher throws immense amounts of resources behind this one? What if Queen of the Tearling is not the next Harry Potter? Or what if it is, but it’s more the quality of Twilight? I read someplace that these big profitable books often subsidize many smaller ones, but have James Patterson and E.L. James really made writers’ lives any easier? It’s still incredibly difficult to rise from the slush pile in this electronic age.

But let’s not be too bitter. Let’s raise a glass (whoah there, folks: not until 5 pm!) and toast this author’s success. To dreams coming true for writers! To raising the bar for readers! To idealistic 19-year old heroines of fantasy trilogies inspired by Barack Obama speeches!

“Does This Book Make Me Look Fat?” Or: Chick Lit Is Not Self-Help

A new research study concludes that chick-lit novels may have detrimental effects on women’s self-esteem.