The VIDA Count: A Short Critique (And How The Independent Stacks Up)

Each year VIDA presents The Count, wherein they analyze, by gender, books reviewed and reviewers for major literary publications. 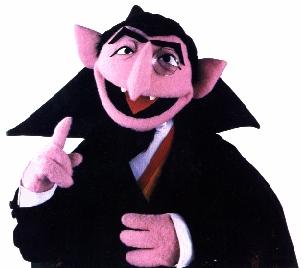 The Count is always met by a few weeks of teeth-gnashing and told-you-so’s, followed by a return to business-as-usual. I do not mean to make light of gender disparities in writing and publishing and book reviewing, and I do not doubt that female writers face difficulties generally greater than those faced by men. But, as a person with a quantitative bent, VIDA’s Count seems a sloppy way of tackling these concerns.

A detailed critique is beyond my scope but, for example, totaling authors and reviewers together is a textbook example of combining apples and oranges. Another concern is that VIDA’s Count does not normalize by the size (or impact) of the publication.

What bothers me most, though, is the implicit assumption that these charts should be 50:50. No such assumption can be made without understanding the sample from which reviews are drawn. The VIDA folks have a lengthy explanation for why men’s and women’s relative submission numbers should not matter, but point two of this explanation boils down to “in my experience, women submit more consistently publishable work” than men, and point three boils down to “men are overconfident,” giving me absolutely no confidence in the rigor of their methodology.

Nonetheless, someone asked how the Independent stacks up, and I got curious. I’ve put together numbers for the 442 books, published in 2012, that we reviewed (as reviews, snapshots, or in a few other features with mini-book reviews).

You can see that we are at approximately equal splits both for male and female reviewers and for reviews written by men and women. However, we are skewed towards males in the authors of the books we review. (I refuse to add these separate measures together to arrive at a total because, as mentioned above, that is quantitative gibberish.)

Why the skew? I have no good answers, but here at least is where it gets interesting. Our book selection process has always driven by more women than men, so it can’t be simple sexism.

What about genre? We attempt to balance fiction and non-fiction approximately equally. In fiction, we tend toward the literary. (I don’t think anyone would be happy if we added in more Jodi Picoult books just to get closer to 50%.) How do numbers of literary novels being written by men and women compare?

In non-fiction, we tend toward history and biography/memoir. I would like to know more about gender representation in those genres, too.

As the Independent grows, we are tracking more details of the books we review, and perhaps next year I can delve into genre-specific information to present a more meaningful analysis. (Though some genre-specific publishing data would also be useful as a basis for comparison.)

In the meantime, we genuinely do the best we can, but there’s always a concern that we are missing voices: male and female, young and old, rich and poor, from around the world ... a richness of voices to help broaden people’s experiences as readers while reminding them of our shared humanity. In my view, the VIDA Count is not very helpful in this regard.

Readers: what do you think of the VIDA Count? And are you surprised by our numbers? How do you think we are doing in bringing in a diversity of literary voices?

Here are the best book covers of 2012. Should we send book covers the way of the dodo bird ... or keep them around?

What is the place of critical reviews in an online, monetized world?