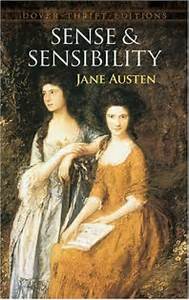 By July 18th, 2017, celebratory tributes marking the bicentennial death of famed English novelist Jane Austen were well under way. There were slews of thoughtful articles from literary venues on both sides of the Pond, including Austen-themed spreads from major newspapers. Basingstoke, England, saw the unveiling of a Jane Austen statue, and at Winchester Cathedral, the governor of the central bank launched the new £10 banknote bearing Austen’s likeness as we’ve come to know it: Wide-eyed and sensitive, and only a little tortured.

And though the day would see the celebratory honors hit their zenith, they had in fact been going on for some time — since 2011, which marked the 200-year anniversary of Austen’s first published book, Sense and Sensibility. The novel tells the story of two sisters, Elinor and Marianne Dashwood, whose dissimilar temperaments are under consideration throughout the novel.

Elinor, the elder sister, is undoubtedly the “sense” in Sense and Sensibility, her extreme reserve not revealing of coldness so much as an internalization of her emotions. She knows social life in Georgian-era England is rife with petticoat-wearing barbarians and arms herself with a- measured affect. It’s Elinor’s perspective we get throughout much of the story, her character best summed up by Italian writer Elena Ferrante: “She can confront the world without setting off a recriminatory explosion that will destroy it.”

When family members assume Elinor is engaged to Edward Ferrars, she responds with understatement: “‘I do not attempt to deny,’ said she, ‘that I think very highly of him.’” Rather uninteresting to everyone but Elinor, without a job or ambitions, Edward’s sole desire is a regular, steady life.

The shock that comes when Elinor learns of Edward’s secret engagement to Lucy Steele — an acquaintance of the Dashwood sisters who Elinor actively dislikes on sight — begins the central conflict of the novel which will see both Elinor and Marianne jilted by the men they love.

Marianne’s take on relationships is more combustible. She tells her mother, “He must enter into all my feelings,” and later despairs at her own high standards: “I require so much!”

That she is repelled by her sister’s underwhelming chemistry with Edward sets the stage for her own mad-dash love affair with the charming Mr. Willoughby, who appears on the scene after Marianne twists her ankle. Later, she tells Elinor in one of the best lines of the book, “It is not time or opportunity that determine intimacy — it is disposition alone.”

Sense and Sensibility was published in 1811, some years after it was written. If Austen was writing the book shortly before the turn of the 19th century, as scholars suggest, then a critical reading of the story as a preoccupation with the clash between the Enlightenment and the Romantic movement, as personified by Elinor and Marianne, is fitting. The two moods aren’t held up for careful observation; rather, Austen creates a polemic in favor of sense where the Romantic movement’s critique of the Enlightenment is turned on its head and disguised as comic, domestic philosophy.

With hypocrisy-in-action as the punchline, Romantic figures are vanquished, then given the opportunity for conversion, as in when Marianne finally acquiesces to a calm demeanor and marries an older man with steady, modest income.

In order for this happen, Marianne’s first lover will betray her by marrying another woman, and Marianne will have to survive — the harbinger of Western-classic turning points — a life-threatening illness.

As much as Austen favors the more sedate of the sisters, Elinor’s composure exacts a price. She suffers from having to endure paired hardships: “Friendship” with her lover’s fiancée while nursing Marianne back from her very public heartache.

Close friends and family protect a distraught Marianne by avoiding certain topics, but Elinor’s pain is unspoken and therefore unknown to others, making her one of the loneliest heroines in literature, for a time.

But Elinor gets her man. Austen rewards the level-headedness Elinor practices when she dodges passive-aggressive provocations from Lucy Steele and Edward’s mother. Noting that both women are imperious, cruel, and deeply stupid, Elinor waits for them to turn on each other. When it’s revealed that Edward’s engagement to Lucy is in bad faith, he becomes available and proposes to Elinor.

The happy ending doesn’t transform her into any less of a pragmatist. “The inconveniences would have been different,” says a constipated-sounding Elinor when considering what-would-have-been had Marianne married her first love.

Readers might admire Elinor for her composure and yet soon is she pushed aside in our hearts and minds by the dramatic, piano-playing, nature-loving Marianne. Austen wrote Marianne’s character to be self-destructive for satirical and cautionary reasons, but some feminist critiques have countered Austen’s conservatism by interpreting Marianne’s operatics as a protest against patriarchy.

Even from inside that particular cage, it’s Marianne, in the end, who attracts the best husband: Colonel Brandon. Though he isn’t the so-called love of her life, he’s the only man in the story with emotional courage and stands in contrast to Willoughby, a philandering fop who marries for money (income is the most important topic of conversation among characters), and Elinor’s Edward, a man whose martyr-like sense of honor renders him weak and uninteresting.

Brandon loves and pursues Marianne precisely for the qualities with which Austen would have us find fault: her overly emotional and decidedly un-Anglo-Protestant demeanor.

That Austen’s novels have been adapted to the screen countless times, that there is both a proliferation of academic study of her work and life which runs parallel to the “Janeites” of popular culture — a mass of fans who adore her work for the ever-salient themes of family dynamics, strained social relations, and economics (home and otherwise), shows Austen to be one of the most appreciated English writers — rivaling even Shakespeare, it’s been said (to the chagrin of some).

It’s the dialogue-driven plot that makes this comparison tempting, if not painful. For its own part, Sense and Sensibility is clever but not psychologically profound. Austen’s work in general calls up classifications along the lines of more reserved, less tiresome versions of what Oscar Wilde offers with his dinner-party scenes. The delicate lines of Sense and Sensibility are well-crafted and superbly funny, even if the work is light on the large-scale insights one comes to expect from vaunted classics.

Dorothy Reno is a senior review editor and classics columnist for the Washington Independent Review of Books. Her short fiction has been published in literary journals in Canada and the United States. She lives in Tbilisi, (former republic of) Georgia. If you would like to share your thoughts on Sense and Sensibility, please respond in the comments section of this article. Dorothy hopes you’ll join her in reading Crime and Punishment, which will be the subject of her next column.