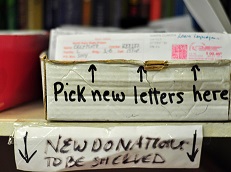 Nien Cheng was the wrong person at the wrong time. She was an educated woman and the wealthy widow of an oil executive during China’s Cultural Revolution, when Mao Zedong’s government worked to extirpate independent thought and political challenge.

In August of 1966, when Cheng was 51, the government arrested her and accused her of being a spy. She spent the following six-and-a-half years in prison, enduring solitary confinement and torture the entire time.

Cheng never confessed to the espionage the government wanted her to admit to, and during her imprisonment, she used logic, kindness, and an iron will to keep herself from losing her mind.

Cheng studied Mao’s books during her detention, if only to understand and take apart his arguments. His guerrilla warfare was genius, she thought, but “his essays on Marxist principles were often half-baked.”

Such fare was useful to her arguments with her interrogators, but reading her jailor’s treatise provided little consolation. Instead, Cheng excavated from her memory the Tang dynasty poems she had loved as a schoolgirl.

“The immortal words of the great Tang poets not only helped to improve my memory but also transported me from the grim reality of a prison cell to a world of beauty and freedom,” she wrote later.

The written word has long been meaningful to prisoners throughout history, from Oscar Wilde to Nelson Mandela to Sir Walter Raleigh. Whether guilty or innocent, the human mind is an active place and, often, books provide an essential escape.

There are over two million incarcerated people in the United States today, many of whom are facing increasingly restrictive mailing restrictions, limiting the books they can receive.

DC Books to Prisons aims to overcome those barriers to get incarcerated people the books their hungry minds yearn for. In 2017 alone, the group mailed 5,787 packages including approximately 17,000 books.

“If we can help educate and prepare someone in prison for life outside — if we can broaden their understanding, help them learn to read, give them tools for success in terms of job skills and emotional intelligence, reduce recidivism — that benefits everyone. As a society, it makes sense to rehabilitate people in our prison system,” says DC Books to Prisons volunteer Kimisha Cassidy.

These books have served as a bridge for thousands of grateful program recipients.

One recipient wrote, “These books you send me take me on a journey outside these walls…It has been a fantastic journey through history and for this I thank you.”

Similarly, another recipient benefited from books on health:

“I just wanted to send out a thank you to all those involved in getting me this information about the 2 mood disorders that I have been diagnosed with. The information that you sent me will help me more understand what I am dealing with and what I must do and continue doing when I am released so I can better control my impulses and stay out of places like this.”

And from a prisoner whose book club the organization supports:

“As you know, ‘the fervor to read is the budding seed of a devotion to learn,’ and what greater first step towards rehabilitation could there be? Our most recent literary adventure, J.D. Bauby’s ‘The Diving Bell and the Butterfly,’ was an unprecedented vicarious look into the power of the mind and determination of one’s spirit!...Please accept our heartfelt ‘thanks’ for your participation in this most important of all endeavors.”

Prisoners can request books directly from DC Books to Prisons, which values giving incarcerated people the autonomy to direct their intellectual engagement as well as the personal interaction and recognition involved in a correspondence.

Letter writers most frequently request the dictionary, because, as one prisoner explained:

“One of my friends told me if I [wrote] and ask you for a websters Dictionary book ya’ll may send me one if you had it. I am trying to teach my self how to read and spell and he said this would help me out some. Thank you very much for your time and conserne on helping people like us with stuff like this.”

For those with no personal knowledge of prison, extending sympathy toward people convicted of crimes might come as a challenge. But reading is a means of inviting someone else’s consciousness into your own and, at their best, books offer a radical exercise in empathy and understanding. Sending books to prisons is a physical manifestation of that bridge, from one world to another, and an example of how generosity can grow the giver as much as the recipient.

In early March, DC Books to Prisons received one more thank-you letter. The writer thanked them for brightening his bad day by sending one of his favorite books. Then he concluded, “Books are my escape. They always have been. While I read, my mind goes somewhere else, it’s a way of being almost normal again. On the outside, I read my Kindle constantly, and hunted around new bookstores, never knowing what new worlds I might find.”

I’m heartened that Books to Prisons is able to bring more new worlds to him now.

Carrie Callaghan is a writer living in Silver Spring, MD, with her family. Her debut novel, A Light of Her Own, is forthcoming in November. Nien Cheng’s story was taken from her autobiography, Life and Death in Shanghai. DC Books to Prisoners is entirely volunteer-run and invites anyone interested in becoming involved to visit dcbookstoprisoners.org or find them on Twitter (@B2PDC). Additionally, they always welcome donations of books and stamps.