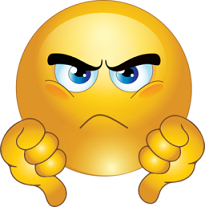 There is always the danger of a columnist going back to the well once too often. That’s particularly true of writers of a certain age, who can be forgetful. Fortunately, that doesn’t apply to me.

Anyway, I checked my old columns (thank the Lord the Independent keeps a wonderful archive) and feel secure that I can safely return to one of my favorite topics: Rejection!

So, for those who have felt the sting of having our novels lambasted by critics, this blog is for you. (Catchy! Probably make a good beer commercial.)

Remember: What doesn’t kill you makes you stronger!

Lawrence De Maria is almost strong enough to lift all his rejections letters. He has just published his 20th novel, Alas, Paris, about a plot to blow up the Louvre and most of the City of Light. Like its predecessors, it is available on Amazon in both e-book and print versions.

To Market, To Market