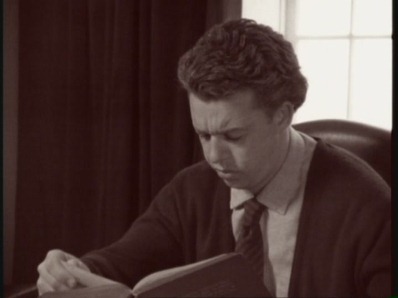 In a recent essay for the New York Times, Gregory Currie asks whether reading great literature makes us better people. He points to a lack of empirical evidence for such an assertion, especially if “makes us better people” means enhancing moral or social development in a measurable way.

He also points out a potential paradox: “When it comes to other people, can you be confident that your intelligent, socially attuned and generous friend who reads Proust got that way partly because of the reading? Might it not be the other way around: that bright, socially competent and empathic people are more likely than others to find pleasure in the complex representations of human interaction we find in literature?”

A set of letters respond to Currie’s essay from a variety of perspectives: one points to a lack of any coherent morality in literature, another provides examples of books, like Uncle Tom’s Cabin, that have influenced society (if not individual morality) for the better. The final letter makes the point that literature asks rather than answers questions, that it broadens “our understanding of ourselves and humanity.” Other commenters make the case that literature helps people think about complex situations and deal with ambiguity, a case that seems to bolstered by new research, of just the type Currie was asking for, reported by Salon.

Though Salon’s headline says that reading novels makes us “better thinkers,” the paper itself focuses specifically on the need for closure, which I take to mean an intolerance for the unknown, the need for a definitive conclusion. Students were asked to read either a literary short story or a high-quality non-fiction essay. “Afterwards, each participant filled out a survey measuring their emotional need for certainty and stability ....Those who read a short story ... expressed less need for order and more comfort with ambiguity. This effect was particularly pronounced among those who reported being frequent readers of either fiction or non-fiction.”

All this led me to reflect a bit on why I read literature. I don’t view it like cod liver oil or 5 A.M. jogs: something to do because it’s good for me, even if the experience is terrible. Nor do I see reading literature as something virtuous. My reasons are a hodge-podge: to expand my experience, to learn, to improve my ability to analyze critically (even if that analysis doesn’t necessarily lead to a particular conclusion). Sometimes I enjoy reading literature for other reasons, because the narrative voice is wonderful or the language is evocative. And I love books that feel true ... even if the truth most often revealed is that life is horribly muddy and there aren’t any easy answers.

What about you? Can you point to how reading literature has changed the way you think?

The Internet Is Buzzing

Some interesting news and opinion about books from various and sundry sites, accompanied by snide commentary.