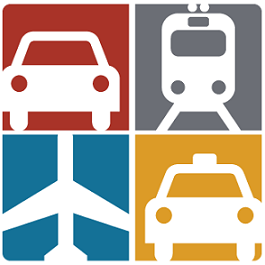 Over the decades, book publishers have earned a reputation for modest commercial savvy. After all, they sell their products on consignment and take them back from retailers if they don’t sell.

It’s a business populated with people who love to read books — not a dominant trait for brilliant commercial minds.

When publishing collided with a brilliant commercial mind — Jeff Bezos of Amazon — it was swiftly overmatched, leading to daily warnings that the industry is dying, is actually dead, or is discombobulated beyond description. Or maybe is reviving.

There are occasional quiet signs that the book business can innovate and reach out to consumers. I recently experienced two encouraging, if slight, examples.

Amtrak is offering two free e-books and two free e-magazines to riders who can access the content through the Barnes & Noble “Nook” site. (You remember Nook? It’s the device B&N is desperately peddling from the best real estate in every one of its shrinking roster of stores — next to its wide selection of coffee mugs, gifts for all ages, and fun educational toys!)

While recently riding on Amtrak, needing something to take my mind off our imminent encounter with Dead Man’s Curve north of Philadelphia, I happily downloaded and read the first chapter of John Grisham’s hit novel Gray Mountain. I haven’t bought the book yet, but I’m a lot more likely to now.

I had an equally pleasant surprise on a recent United Airlines flight. Actually, the first surprise came when we boarded one of the four aircraft in United’s fleet that was built after the Korean War. Sweet.

In this gleaming new vehicle, the entertainment console offered a choice of 10 audiobooks for my listening enjoyment. (JetBlue is offering e-books now, too, but since I had five hours from San Francisco to DC to explore United’s program, I’ll dwell on that one.)

The obvious challenge with airline audiobook offerings is time. Once the plane lands, you have to get off, whether or not the book is finished. This is where United’s wretched on-time performance can work for you. Since only three-fourths of its flights land within 15 minutes of their scheduled arrival time, you may have some extra time to hear the book to the end.

But even with United’s best efforts, a coast-to-coast flight will rarely exceed seven hours, not long enough for many audiobooks. This potential time crunch should not trouble those listening to the available Debbie Macomber short story, “Lost and Found in Cedar Cove,” or the Lee Child short story featuring Jack Reacher, “Not a Drill.” Both are also offered on Amazon’s Kindle — there’s that Bezos guy again — and their audio versions would easily fit flights much shorter than coast-to-coast.

More problematic are Sue Grafton’s novel W Is for Wasted and Wes Moore’s The Work: My Search for a Life that Matters, each of which runs over six hours in audio format.

Admittedly, United isn’t challenging its passengers with offerings that could be called meaty. The fiction tilts heavily to genres, while the nonfiction is deep into self-improvement (shrink that belly; stop being a jerk).

Even more disappointing, none of my books was on offer.

Nonetheless, the effort to find new ways to connect readers and listeners with books is one more flicker of life in the book-publishing world. Is it dead? Dying? Being reborn? Hanging on for dear life?