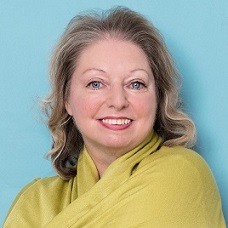 This is a love story. And it’s not about unrequited love. Or, at least, I don’t think so.

Sometime after starting my first job, which is to say, when I finally had a little bit of disposable income and lots more free time, I was browsing a bookstore. I wanted to read historical fiction, and I wanted to read a book written by a woman. But nearly every book I found which fit those two criteria had words on the back like “family secret” or “deeply in love.”

It was 2006, and I was young and idealistic, so I wanted to read about big ideas. (Forgive me. I had not yet realized that intimate books could have big ideas, too.) So, I kept pulling books from the shelf, frowning, and carefully reshelving them.

Until I reached the “M” part of the alphabet.

A thrill of recognition shot through me when I read the description of Hilary Mantel’s A Place of Greater Safety. Here was a novel about sweeping political events (in this case, the French Revolution), and even better, written by a woman. I hugged the book to my chest, dutifully examined the rest of the alphabet, and happily gave Kramerbooks my $16.

I was smitten. Mantel conjured the friends, lovers, idealists, and schemers who fomented and perished in the French Revolution, and I thought I would never be the same. I think, in some ways, I am not.

At the end of that book, a perfect moment encapsulated Mantel’s genius, her subtle eye for the gestures that ring with our deepest emotions. It’s no spoiler to tell you that nearly everyone dies (it’s the French Revolution), and so here are two friends awaiting their execution:

“Danton reaches down, and takes from around Camille’s neck the locket that holds a twist of Lucile’s hair. He puts it into his bound hands, and feels Camille’s fingers close over it.”

Only then will Danton let the executioners tie his own hands.

By then, more than 700 pages of political backstabbing and girlish yearnings for romance and even accounts of the price of bread have dwindled to this simple gesture between two friends about to die.

I hunted down Mantel’s books in my local library and devoured them. Some I found disturbing (Every Day Is Mother’s Day), others amusing (Beyond Black). Then, in 2009, I saw a new historical novel from her in the London airport. Again, I hugged that book to my chest and bought it.

I never had a chance against the Thomas Cromwell of Wolf Hall, and if you’re reading this, perhaps you didn’t either. Mantel cast a magic spell like none I had ever experienced, often forgoing Cromwell’s name in order to lash us tightly to his perspective with the ubiquitous “he.” We knew, if the antecedent was unclear, that she meant Cromwell, and soon we were seeing the 16th century through the eyes of this reserved, profound man.

After Bring Up the Bodies, which once again left me gutted, I wrote Mantel a letter. I filled the cream-colored page with the story of how A Place of Greater Safety came as a revelation, and how grateful I was for all of her writing. What I didn’t say was that I knew she was famous, but I assumed that even famous people would appreciate hearing how their work had resonated. I signed the letter and then, in a fit of idiocy and optimism, scrawled my email address in the bottom corner. I mailed the letter to her, care of her publisher.

Some months later, there was an email in my inbox titled, “Gratitude.”

She thanked me for the note and said she needed the encouragement. She said she’d begun as I did, looking for an historical novel that was not “skewed to the feminine but was just about people.” And she signed it, “Much love, Hilary.”

I’m not sure how, but I eventually gathered my wits for an appropriate response. Over the next six years, I occasionally sent her a note, and she almost always replied. When I told her that my first novel, inspired by her daring historical fiction, was getting published, she congratulated me.

She wrote back at length in 2020 when I told her I was teaching a class at Politics and Prose about A Place of Greater Safety. She confessed that she had started writing a novel about Marat, but now found herself unable to reach beyond the great wall of the Tudors to the French Revolution.

“So now he remains for ever in his bath, waiting.”

It is hard for me to reread these emails without feeling hollowed by loss.

Now we are all forever awaiting Mantel’s next work. I didn’t know her, though I wanted to. I desperately wanted to fall into a fantasy world where I could sit by her writing desk and listen to her talk about history and characters and how to craft a sentence. I know that she didn’t know me and had no reason to want to. I hope that I warmed her in the way that only genuine, heartfelt praise can.

I said at the beginning that this is not a story of unrequited love. That’s not because of anything I think Mantel felt toward me (she could not have). It’s rather because I feel loved by her books. Her novels built a world that didn’t seem possible when I was in my 20s. They showed me that sweeping, emotional historical fiction can also be about power and war and ambition. Her books loved all of us by never flinching at difficulty and by trusting us to listen to her stories long enough to reconsider our biases.

I’ll leave you with Mantel’s own words, from Wolf Hall, that we may feel both her presence and her absence, and what is now omitted from us:

“There’s a feeling of power in reserve, a power that drives right through the bone, like the shiver you sense in the shaft of an ax when you take it into your hand. You can strike, or you can not strike, and if you choose to hold back the blow, you can still feel inside you the resonance of the omitted thing.”

Carrie Callaghan is the author of the historical novels A Light of Her Own and Salt the Snow. She lives in Silver Spring with her family.

Now in her 10th decade, Joyce Varney Thompson has written a new book. Her friend and ours, Grace Cavalieri, shares a glimpse of the author's life, her inspiration, and her latest work.