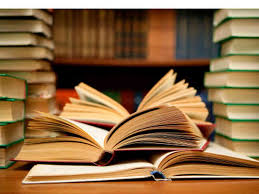 Are undergraduate and graduate writing programs primarily developing readers rather than authors? I know it sounds like a cynical question, but I consider the cultivation of readers a perfectly laudable goal, though one which members of the Association of Writing Programs (AWP) would never advertise.

Few professions put people through training expecting less than 10 percent of them to secure a job in the field, but in the M.A. program I taught in for 12 years, we knew that about 90 percent of our graduates were no longer writing just one year after finishing. I have no doubt that this percentage holds true for most M.A. and M.F.A. programs.

Of course, every entering cohort had superstars who found jobs at the New York Times or Washington Post or wrote books that made it onto bestseller lists. The university’s website lists many of the success stories. As a professor, I strove to run workshops that held the highest expectations for each writer. We all wrangled over the creativity of angles, the use of semi-colons, point-of-view, and other things that make prose pop. Some nights I'd come home so revved that I would lie awake pondering how to form perfect paragraphs.

But there's no Sugarplum Prose Fairy.

Despite my lofty goals and complete buy-in to the philosophy that we were training writers eager to publish on a regular basis, many of the students made it clear that they needed an M.A. to secure a teaching job, or simply sought the company of others who loved words. A few had specific projects, not all of which were ever realized, but the workshops gave them structure and outside readers.

Alas, many, many others came, paid, and aspired to be published writers, only to have nothing appear under their bylines anywhere outside of class. Instead, they became more literate citizens, the type who attend author readings, buy books at independent bookstores, and read several titles a year.

A National Endowment for the Arts study found that these sorts of people are more apt to vote, volunteer, visit museums, or attend live concerts. And, to his credit, the director of the program I taught in never shied away from citing the dismal chances for publishing success and always applauded these other gains students made overall.

Still, when I left that part-time position for a full-time tenure-track spot teaching narrative nonfiction to undergraduates at a four-year public university in Connecticut, I made up my mind to rethink my entire curriculum.

Instead of emphasizing bylines, publication, and careers in writing and editing, I wanted students to see and experience firsthand the value of being literate citizens. Nearly every class had to have a community-engagement project. Among other things, I trained students to interview people who lacked the skills to tell their own stories and to transform the transcripts into readable, co-authored essays that we published in magazine form.

For one project, students interviewed Gold Star families who had lost a son in the Vietnam War, a conflict so unpopular most of the family members had never spoken in public about their loss. To mark the 50th anniversary of the war, we wanted to give these people a voice. The finished magazine was handed out to 1,000 veterans and Gold Star families in the state, and we even created a traveling exhibit that's still on the road.

My mantra: Interview the elderly, veterans, inner-city kids, immigrants, and others in your community and offer to write up the results for a newsletter, website, or publication; tutor; attend author signings; support independent bookstores; read book reviews on sites like this one; discover contemporary nonfiction authors few literature programs ever study, including Didion, McPhee, Wallace, and Selzer!

And for those select few who do, indeed, have the talent and drive to consider a career as a professional writer and/or editor, I work one-on-one on every aspect of their development, from securing a good internship to coaching them to work in a wider range of genres. I suggest they take two to three years off from school before even considering an M.A. or M.F.A. I always ask them what they expect the degree to do for them.

By flipping the focus of my class to literary stewardship and away from a byline-driven workshop, I now have a nearly 100 percent success rate on matching what the students think they’ve signed up for and will accomplish and what actually happens for them once they leave the classroom. I still teach them all the same writing and editing techniques, but why I do that has fundamentally shifted.

In short, they become the sort of people who will read book reviews and buy books that interest them. What a lofty and honest goal.

Yet when I offered to run a panel at the AWP's annual conference on how to integrate a community-engagement project into writing classes, they said no one would be interested.

They should be, because many advertisements for university-level writing programs that appear in the Writer's Chronicle — AWP’s monthly magazine — imply that applicants lucky enough to be accepted into such programs will follow in the footsteps of their favorite authors.

That’s an outright falsehood for most.

I'm proud that my classes turn out the kind of students apt to read this essay, those working hard to become well-rounded people rather than bestselling authors. If only more writing programs would embrace a community-centric curriculum that accommodates both the exceptional writer and the budding literate citizen, the kind so necessary in our increasingly beleaguered democracy.

Mary Collins is an associate professor of narrative nonfiction at Central Connecticut State University. In 2015, she won the Community Engaged College Educator award in Connecticut given by a consortium of the colleges and universities in the state. She taught in Johns Hopkins' M.A. in Writing program from 1995 to 2007.