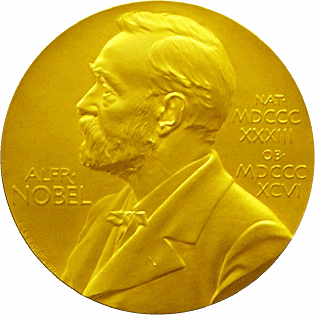 When Bob Dylan was awarded the Nobel Prize last month, I flew into an instant rage. How could the most important prize for contemporary literature have gone to someone who writes songs?

Yes, the choice of Svetlana Alexeivich, a writer of oral histories, the year before was unconventional. Yes, Rabindranath Tagore, who won the prize in 1913, wrote songs in addition to novels. But this choice was of a whole new order.

There’s a fundamental difference, I said to anyone who would listen, between an art meant for performance with musical accompaniment and an art meant fundamentally for quiet, solitary enjoyment.

It would be one thing if songwriting were a neglected genre or if Dylan were an obscure genius whose works needed to be brought to a wider audience. But neither of these things was true. As if the way our culture has devalued and marginalized serious writing weren’t bad enough, now even the institutions set up to support literature were turning away from it if not against it.

Eventually I calmed down, and when I did I began to question my first reaction. Was I wrong in substance as well as in proportion? Is Bob Dylan really “a great poet in the great English tradition, stretching from Milton and Blake onwards” as Sara Danius, the permanent secretary of the Swedish Academy, said when asked about the reasons for giving him the prize? I decided that the only way to find out was to go back to the songs themselves, to listen to them and to see what I heard.

My Dylan education was broad but piecemeal. My mother was a fan, and so I don’t remember a time before I knew his songs. But with a few exceptions I couldn’t tell you which album they appear on. So I started with the ones that represent some of the work for which Dylan is best known: Blood on the Tracks, Desire, Blonde on Blonde. It was hard to deny the wonderful things that Dylan is doing with his lyrics, the surreal pictures he paints in songs like “Stuck Inside of Mobile” or the great storytelling of “Lily, Rosemary and the Jack of Hearts.” Maybe I was starting to come around.

And then it was November 9th, and I stayed up all night to watch the returns, to watch something I had not been able to imagine actually taking place: the unpopular victory of a president-elect who evinces no respect for anyone besides himself, the frightening xenophobic forces that his campaign unleashed — and these things made the question of who wins a literary award seem a minor matter indeed.

But at times of difficulty, grief, or confusion, don’t we turn to art, including literature, to give us solace?

In the press, after the Nobel was announced, there was speculation about whether the award was a political statement — the elevation of a protest singer at a time when meanness, bias, and reaction seem to be winning the day; a recognition of the American progressive tradition that is being eclipsed.

Suddenly, my listening project had become a test: How would Dylan sound at such a time? Would his words have something to offer in this awful, frightening moment?

I decided to listen next to Freewheelin’ Bob Dylan, which my mom had on cassette and which I associate with rides to school. If there is any album that is associated with the progressive, overtly political Dylan it is that one. I listened through that album quietly, waiting to see how it sounded, how it felt.

I listened to “Blowin’ in the Wind,” “Masters of War,” “Hard Rain’s A-Gonna Fall,” “Oxford Town,” and “Talking World War III Blues,” songs with broad or specific political themes, words of warning and admonishment for the callousness of wealth and power — and I felt absolutely nothing.

This was the second week of November, when my heart felt like it had been skinned, yet this music did not move me. The political sentiments seemed too bald, and neither comforting nor rousing at a time when the struggles they describe seem to have been all but lost. The lyrics of the comic songs seemed too clever. I was dismayed.

What was wrong with me? I could tell that what I was hearing was brilliant, funny, sly. Much dumber things had been causing me to weep copiously all week. Still, I got almost to the end of the album without having any real emotional connection to what I was hearing.

And then “Corinna, Corinna” started playing, and I burst into tears. Of all the cuts on the album, it is the simplest, the song of a lover who misses his beloved. That day it seemed so beautiful to me I played it again as soon as it ended. And again, and again.

And then there was “Don’t Think Twice, It’s Alright,” original to Dylan but also a much more personal song than many of his others. It felt similarly lovely, with its gentle resignation to loss, the lyrics that reveal the depth of that loss by trying so hard to deny it. I won’t say how many times I played that one.

As I listened on through the catalogue the pattern was the same with each album. In the past, I had been delighted by the complicated intelligence of “Motorpsycho Nightmare,” “Leopard-Skin Pillbox Hat,” and “Subterranean Homesick Blues.”

Now it was the love songs I wanted to hear, “Visions of Johanna” and “You’re Gonna Make Me Lonesome When You Go.” And the countrified songs on Nashville Skyline, where Dylan actually uses his singing voice — the marvelous duet of “Girl from the North Country” with Johnny Cash, the goofy slide-guitar seduction in “Lay, Lady, Lay.”

Maybe it was because what we’ve suffered through this season, while public, has seemed so personal: the loss of a sense of safety I didn’t know I had until it was gone. I listened, I thought about the people I love, their preciousness, how much I was afraid for all of us, how lucky I was to have so much to lose.

Did I find the answer to my original question about the worthiness of Bob Dylan, Nobel Laureate? I’m not sure. I’m perhaps a little more convinced now that there are lyrics of Dylan’s that could stand by themselves without music, as poems must. But if he is a poet, it is of a harsh, incisive, cerebral variety.

Instead, the songs of his that reached me in that particularly sad and confusing moment were the ones that function least like poems; in which the music and words need each other. What I longed for, and found, was a beauty totally different from what we look for from the written page or any previous Nobel winner. Bob Dylan may be a poet rather than a songwriter, but in the wake of this terrible election, that wasn’t what I wanted him to be.

[Editor’s note: The Nobel Prize awards ceremony takes place Dec. 10th in Stockholm. Bob Dylan, who is not attending, wrote a speech to be delivered during the event, at which singer Patti Smith will perform one of his songs.]