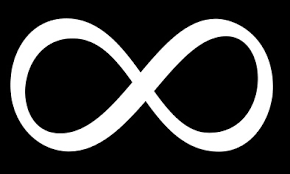 That's one reason I like haiku. The structure — three lines; five-seven-five-syllables — is as defining as a skeleton to a human or any being. We've learned from Gertrude Stein that natural structure is endlessly repeated with infinite variation, and so it is with haiku. Its spare construction inversely creates great power and profundity.

Much of teaching English is, to me, making students aware of the internal skeletal structures of writing; that is, revealing the bones of organized thinking, discovering the ways to communicate your information to other people. When formulating introductions, most people have been told to find something interesting. But that doesn't help identify what's happening in the introduction of a piece of writing.

Professionals use the “feature lede,” a term that I refer to as the “microcosmic example.” It's the “micro” (small) thing that reveals the “cosm” (all). So you find one of the many people involved in the issue you're writing about, and you put that one in action doing the thing you're examining.

The microcosmic example is the human scale of the societal issue: the housewife whose child needs daycare, the father whose child was poisoned by the mineral-extracting company, the refugee family in a camp of thousands. These are microcosmic examples of bigger issues. They take us from the one to the many. They reveal the basic pattern and then show us how to see that pattern on a grander scale.

So the microcosmic example is like a hinge which takes the mind directly from the singular “micro” into consideration of the universal “cosm.” And again, that's why I like haiku. Its miniature quality opens up vastness by the mere suggestion of connection:

I just made that one up! And it feels kind of generic. But that's the idea — one little moment in nature takes the mind into meditation upon a great mystery. That's the pattern, and the microcosmic example introduces it.

The microcosmic example I used in this essay was “206 bones.” And with that, I was able to capture the reader's attention and begin to lead them to considerations of significant philosophical import. I'd like to think so, anyway.

I also tell my students to return to the microcosmic example at the end of their essays, to finish telling the story and wrap the thing up in a lovely bow. That happens less in haiku, which is meant to leave us in the intellectual realm.

In microcosmic
Space and time, I occupy
An infinity

The Material of the Spirit