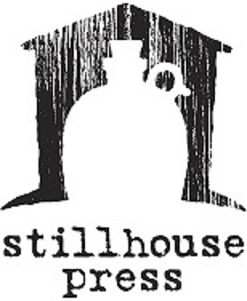 Northern Virginia-based Stillhouse Press, which was founded in 2014, aims to be true to its namesake, approaching publishing and literature like a craft distillery.

According to Meghan McNamara, who is a founding editor along with Marcos L. Martinez, this means “taking time to source the best content from the very best sources (in our case authors), and working with those authors to create a work of art that is both a vision to behold and pushes boundaries.

“We don’t want to publish books that fit the mold of the larger publishing houses,” McNamara says. “We want people to say, ‘Man, I can’t wait to read the next Stillhouse book,’ because there’s nothing else like it out there. There’s a real parallel between what we’re aiming to do with publishing and what craft distilleries are working to achieve with small-batch spirits.”

Stillhouse’s first publication was Wendi Kaufman’s short-story collection Helen on 86th Street and Other Stories, which was released in October 2014, just a few weeks after Kaufman passed away.

“We were really lucky at our genesis to land a phenomenal first book from a really talented writer,” McNamara says. “It all happened really quickly. We contracted Wendi’s book in June 2014, developed it over the summer, and published in October. Now, the circumstances were unique, because Wendi was terminally ill at the time and timing was of the essence.”

Following that first release, Stillhouse purposefully slowed the process down, taking all of 2015 to read manuscripts and work with authors. The result is a robust slate for 2016 with five new books coming out over the next year, including two story collections, one essay collection, and a book of poetry. But first up in March is Mark Polanzak’s innovative take on the memoir, POP!

“It’s both memoir and fiction,” McNamara says. “It breaks genre and it’s not linear. Oftentimes while reading Mark’s book, you have to stop and say, ‘Okay, I know this is fiction. I know he’s telling me a tall tale, but what is it that the author is really trying to tell me? What is he attempting to express?’ I think all of our books have that.”

Stillhouse is somewhat unique in the small-press world in that it has an affiliation with a university, having been founded and run by George Mason University graduate students, yet it is not a university press, receiving no funding from the school. The press is also closely aligned with the annual Fall for the Book festival, which many staffers help organize.

“Our approach is community-driven and focused on supporting other local writers and our neighbors,” McNamara says. “Although Washington, DC, isn’t often thought of as a publishing hub, we have a relatively diverse writing and reading community here, and that’s been Stillhouse’s strongest asset.”

McNamara says that, as a young press, Stillhouse is still defining itself and learning on the job as it looks forward to what comes next after the five titles in the pipeline.

“We try not to be driven too much by what we need, and instead try to focus on selecting the best possible manuscripts — whatever really speaks to us,” she says. “We are reading for our first novel right now and that will be an exciting venture when we get there, but we’re taking it all in stride.

“Simply put: We can’t wait to share these books with the world.”

While some writers avoid Twitter (we’re not naming names, Jonathan Franzen), others have embraced the social media site. Among the countless tweet-savvy authors out there, here are 10 who use the platform to its full advantage.