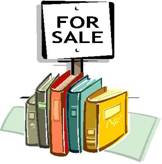 So, we’re about to find out if the fifth time is the charm. My fifth book — Madison’s Gift: Five Partnerships that Built America — will go on sale February 10th. This raises the recurring question that has bedeviled the publishing industry since Gutenberg brought out his line of Bibles: How do you sell these things?

I’ve already bungled the best ways to sell books. I’ve never held national political office or had a cable television or radio talk show. I don’t perform in Hollywood movies or have a massive online presence. Sheesh, you’re thinking. Why would I read a book by this guy?

Keep it to yourself, please.

When my first book came out, way back in 2007, a major goal was to get it prominently featured in all the Borders and Barnes & Noble bookstores. Remember Borders? Remember Barnes & Noble? Wait. Are they still around?

Then there were the bookstore readings. Until someone in the publishing industry — somebody young with one of those handheld thingies you run with your thumbs — noticed that no one buys books at those readings. Sure, you help a few people get out of the cold. That’s a fine public service. But moving the merchandise? Not great for that.

You can appear on talk and news shows. That is, if you get invited onto those shows. Please re-read the third paragraph above.

You can wait for the book reviews to start rolling in, building a warm wave of acclaim for your deathless prose. Except that wave probably won’t reach the shore since the mainstream media has dramatically reduced its book reviewing over the last 15 years; that’s why you’re reading this piece online. Your local newspaper doesn’t care bupkis about books.

You can use social media to plug yourself, your books, and your cats. I work with Kensington Books for fiction and Simon & Schuster for nonfiction, and both have set up websites for their authors to report how many times a day they post on Twitter, Facebook, Pinterest, LinkedIn, and diverse other sites. It’s a perpetual shaming for those of us who fritter away our time trying to write books rather than emitting something pithy to the world every three hours.

A few interesting innovations have developed in my years stumbling down these darkened commercial corridors. Publishers now give your book away to regular folks who read way too much and post volunteer reviews on sites like Goodreads. Really. I hope it helps.

I’ve discovered that one bookstore (the famous Books and Books in Miami) live-streams its author talks. Huh. I’ll be there at 8 p.m. on February 16, and I guess you can watch via live-stream. (Yeah, yeah, it’s a bookstore talk. What can I do?)

Then there are online videos. YouTube bristles with 19 videos of me blathering about my books. They have commanded an average of about 320 views per video. If you don’t appreciate how pathetic those numbers are, just take my word for it.

There’s also the “blog tour,” which involves blogging nonstop on other people’s websites for a week to a month. One obvious virtue: You never have to get out of your bathrobe.

Even I’m not impervious to a little innovation. On February 11, I’ll make a joint appearance at Politics and Prose in DC with…President Madison! Well, with a skilled Madison interpreter, but he sounds a lot like Madison. Maybe. Possibly. I figure that as long as we’ll all be in the store getting out of the cold, we might as well have some fun.

Enough whining. Writing books is a great gig. A privilege. If you read books, thank you. If you read my books, thanks a million! Selling books, though, remains a mystery. Maybe the fifth time’s a charm.

David O. Stewart, president of the Independent, writes fiction and nonfiction. His examination of James Madison — Madison’s Gift: Five Partnerships that Built America — will be published by Simon & Schuster on February 10th.