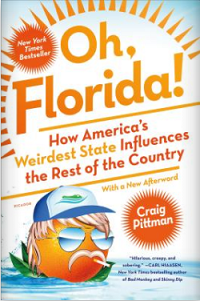 It occurs to me that it’s been a while since I recommended books, and since many people are presumably stuck at home, now is probably a good time to do so again. However, unlike many such lists, mine highlights books that may not be particularly current.

Why? Well, mainly because I’m also stuck at home staring at my bookcase, and it’s full of things I read years ago. Some of the following titles may be hard to find, but heck, that’s what Amazon is for, right?

Here goes, in no particular order:

Footfall by Larry Niven and Jerry Pournelle. This massive 1985 tome is probably my favorite science-fiction novel. The plot is believable. An alien race that looks a lot like pachyderms attacks and then invades Earth. What makes this story so compelling is that the invaders have their own moral code (we see things from their perspective), and their weapons are not all that superior to ours. I won’t give away the ending, but I will tell you that the battle is touch-and-go, and the human race produces some unlikely heroes.

The Complete Father Brown Stories by G.K. Chesterton. I’ve been watching past seasons of the BBC’s excellent “Father Brown” series, in which the inquisitive umbrella-carrying Catholic parish priest solves cases the local (and exceedingly dim) British constabulary bungles. So, I decided to spring for some of the original short stories written by Chesterton in the 1920s and 30s. (The BBC series has been updated to the 1950s.) The Wordsworth Classics paperback contains more than 50 of the stories; its preface and introduction clock in at almost 800 pages. But not to worry! It’s available on Amazon for $4.99! That’s not a typo or the 1950 price. Snap it up.

The Cape Cod Lighter by John O’Hara. Another collection of short stories, this one by the great Philadelphia Main Line writer. O’Hara stripped the pretenses from well-to-do Americans better than just about anyone. And he did it in the 1960s, before a lot of the people he skewered even knew they were pretentious.

The Drowning Pool by Ross Macdonald. Macdonald’s real name was Kenneth Millar, and many critics consider this thriller of his high art. Some readers may remember the eponymous movie that starred Paul Newman as private eye Lew Harper. In the book, he was named Lew Archer. I don’t know why they changed the name. But, then, I don’t know why Millar changed his. In any event, both book and movie, which deal with corporate greed and family hatred in California, are terrific. Get hooked on Millar/Macdonald. He wrote 24 other great thrillers, too.

Oh, Florida by Craig Pittman. Readers of my Facebook rants know that I think the state of Florida, where I live, is full of people nuttier than I am — and that’s saying a lot! I offer this book as proof. If I had put it in the fiction section, nobody would have noticed. Pittman details some of Florida’s most-outrageous crooks, shysters, charlatans, scams, schemes, and politicians in a fun, rollicking, and well-researched compendium of corruption. And yet you can’t help but realize that he still loves the state. As do I. How nuts is that?

Iwo Jima: Legacy of Valor by Bill D. Ross. Lest folks think that I’m a political malcontent, I offer this sobering book about unbelievable heroism and self-sacrifice. William Manchester described this book best: “Moving and dramatic; a tribute to those who sacrificed their futures that we might have ours.” At a time when I often think the “Ungrateful Generation” is betraying all the things the Greatest Generation won for it, Iwo Jima: Legacy of Valor is a stark reminder of how great Americans can be.

Lawrence De Maria has written 22 thrillers and mysteries available in print or digitally on Amazon or at www.lawrencedemaria.com. His latest, BARNWELL, is set in a fictitious Southern military academy and involves a financial scheme almost as unbelievable as some of the real ones detailed in Oh, Florida.