On the occasion of Jack Kerouac's would-be 91st birthday, Ronald Collins and David Skover examine his undying status as an American great. 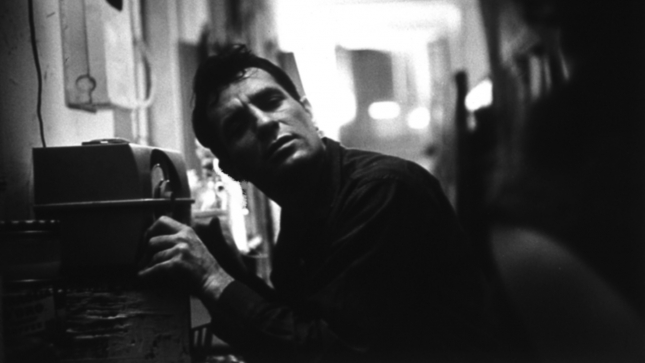 Jack Kerouac would have been 91 years old today, assuming his liver could have held out that long.  The author of the breakthrough novel On the Road died in 1969; he was 47. Like a modern-day Phoenix rising, he is very much alive in our culture and collective consciousness. Within the past year alone we have witnessed a movie based on his famous 1957 novel, yet another major biography, and the publication of a long-lost Kerouac novel (The Sea Is My Brother).

For all the criticism leveled against his work (most of the early reviews of On the Road were unfavorable and the critical response to his later novels was often dismissive), and notwithstanding some of the awful things he did (he helped cover up the killing of a gay man in 1944 and later left his second wife, Joan Haverty, when she refused to get an abortion), and despite the demons he faced (he was a chronic alcoholic)—in the midst of all of that—Jack Kerouac still stands as an American great.  He is the man whose renown refuses to die.  Why?

Let us begin at the beginning of the road. First and foremost, Kerouac’s wondrous novel is a creed. Its gospel? That the safe life, the staid life, is not worth living. That there is something more to living than the humdrum of 9 to 5; more than feeding our faces; and more than wasting away in a televisual trance. For Kerouac, that something more is freedom.  In his life and literature, Jack took liberties.  Kerouac’s liberty was born of the ethos of the hitchhiker, the eccentric sway of the jazzman, and the uninhibited verve of the Whitmanesque poet.

On the Road was less a destination than an individual journey—an exploration of how to live . . . as counter-culture figure and a patriotic American, as a gritty-collar vagabond and a blue-collar worker, and as a devoted Buddhist and a faithful Catholic.  If he was all of these, it was because his enigmatic sense of life trespassed across the dull divides of the conventions of his time, and ours, too.  Jack Kerouac did not turn to government to bestow freedom upon him; he turned inward to himself and then zoomed outward to the highways and byways of his beloved America.

The wanderlust life is the rebellious life. “To dance beneath the diamond sky with one hand waving free,” as Bob Dylan cut it, could have been a Kerouac line. The vision of the rebel life—embodied in the person of Dean Moriarty, the lead character of On the Road—was part of what made Jack’s road novel so thrilling. It invited its readers to shed their inhibitions, embrace their high hopes, and come along for the free ride.

With true originality and magnificent poetic flair, Jack Kerouac typed his way into the American mind. No matter that this defender of avant-garde individualism was at one and the same time a William F. Buckley conservative. And no matter that while the free air of a flatbed truck was the young Kerouac’s ideal, the stifling air of his mother’s home was often his reality. More contradictions. He vacillated. From that cyclone of contradictions emerged a man who simultaneously inspired us while reminding us of his failings.  In that sense, he was both Myth and man.

Take heed: Jack was a rebel and conformist, a devoted poet and a failed father. The true sketch of his life was as logical as a modernist painting. One simply cannot study the life and writings of Kerouac without confronting paradox. Or as John Leland put it so well in his Why Kerouac Matters (2007): “Kerouac stood at the precipice of greater freedom but did not yet go there.”  And yet, despite all of his flaws as a person, his words still touch and inspire us to be more than we are in a world where dreams rot away in dumpsters.

With each new generation Jack Kerouac’s words reincarnate from his grave in Lowell, Massachusetts. Decades from now a rebel-in-waiting will happen upon his magical message with the kind of exhilaration that will alter the course of his or her life: “the only people for me are the mad ones, the ones who are mad to live, mad to talk, mad to be saved, desirous of everything at the same time, the ones who never yawn or say a commonplace thing, but burn, burn, burn like fabulous yellow roman candles exploding like spiders across the stars.” Ahh, yes, Kerouac’s creed!

Ronald Collins and David Skover are law professors at the University of Washington and Seattle University respectively. Their latest book is a fast-paced, true-to-life narrative about the lives of Jack Kerouac and other influential Beat figures. It is titled  Mania: The Story of the Outraged & Outrageous Lives that Launched a Cultural Revolution (Top Five Books, March 2013).

The Watchman story the world is missing