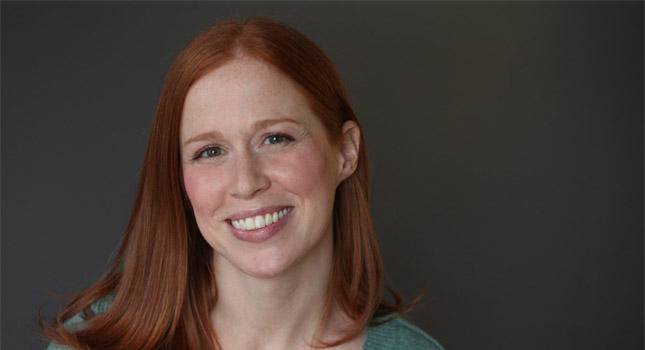 About The Smart One

The Smart One by Jennifer Close centers on the “boomerang children” of the Coffey family. Martha, 30, flamed out of her nursing career, and is now working at J. Crew and living at home; Claire, 29, moves back when she breaks up with her fiancé and can’t cope with life on her own; and Max comes back from college with a knockout classmate named Cleo and a big, life-altering secret.

The Q&A with Jennifer Close

Your first novel, Girls in White Dresses, centered around women entering their 30s who worry because everyone else seems to be getting married when they’re not. This one is in many ways a coming-of-age novel about women aged 29 and 30. Do you think many people are coming of age later than they once did? If so, do you think it’s mostly because life is just more complicated than it used to be?

I do think people are coming of age later than they once did … maybe it’s because there are more options, so people are trying different things out before they settle down. I think it used to be expected that people would get married and have children in their 20s, and that has shifted to a later time, so now there’s more time to explore and just be responsible for yourself. Of course, this extended adolescence can cause some issues and create a different kind of pressure for people in their 20s.

You write wonderfully about the relationship between the sisters Martha and Claire, including how they regress to middle-school behavior when they live with each other again, yet you have brothers and no sisters. How did you learn to write that? How is the relationship with brothers different? How are sibling relationships the same no matter the sex of the siblings?

Thanks so much! I was a little nervous when I started writing about Martha and Claire because (like you said) I didn’t grow up with sisters. But I’m a writer and I observe people and take notes and almost all of my best friends have sisters, so I paid attention. I think brothers are a little different because you aren’t sharing (or fighting over) clothes and makeup, so maybe there’s less competition. But at the end of the day, a sibling is a sibling, and there’s always a role that people play in their families and I think no matter how old we get, when we return home we tend to fall back into those roles a bit.

Weezy, the mother of the three children, goes on planning Claire’s wedding even after the engagement is off, meeting with caterers and florists and checking out bridal blogs. She does wonder if she’s doing it because she’s bored — and one obvious answer is yes! — but she can’t help herself. It’s very funny but wonderfully sad. Does this say something about a lot of us?

Weezy was my favorite character in a lot of ways. I just really related to the way she felt when she’d been looking forward to the wedding for so long and then didn’t get to plan it anymore. It was a little bit sad, I guess, but I think of it more as a transition period for her. I think we all have moments when things didn’t work out like we thought they would and instead of moving on and going to the next thing, we get a little bit stuck. To me, it seems like that’s just a part of life!

There is a wonderful family “secret” — there’s no smoking allowed in the house, but grandmother Bets always smokes in the bathroom when she visits. Everybody knows it, but everyone denies it, and Martha and Claire agree that if the house ever burns down, the whole family will simply lie to the firefighters about what caused it. Is this based on a real family secret — one you can tell us?

This was something that wasn’t based on my family, but that I did borrow from real life … but that’s all I can say! I love the idea of the family going along with Bets’ lies about her smoking, because they know it will embarrass her if they ever confront her about it. There’s something a little strange and funny about it, but it’s also incredibly sweet.

One thing not much in evidence in this contemporary setting is the pervasiveness of electronic communication gadgets. People text once in a while, but we don’t see anyone who seems to be constantly online one way or another. Was that a conscious choice, so the book would not date, or did such devices simply not have a role in your story?

This is such an interesting question! It’s not something that I was conscious of when I was writing the book. I guess the Coffeys just weren’t a tech-addicted family. It’s funny, because in a lot of ways, technology has changed so much since I was younger … while Facebook and texting and Twitter and all of that are a part of my life now, I can still clearly remember when they weren’t. I think for a while when Facebook was new, I would feel funny mentioning it in a story or book, but now I wouldn’t hesitate because it’s such a part of our culture. If you say that someone “unfriended” you, everyone knows what that means.

It’s possible that if my characters were a little younger, they would have been more obsessed with their iPhones … but Claire and Martha (like me) went through high school and probably most of college without having a cell phone, so they know how to step away from them.

What are the mechanics of how you lay out and get through the writing of your novels? Are you someone who makes a detailed outline, do you create the characters and let them tell you what to do, are you somewhere between the two extremes, or do you do something entirely different?

My writing process is a mess, but I’ve learned to accept that and work with it. I start by just writing scenes or conversations between characters, and for months I’ll write whatever comes to me about the characters and their lives. Once I’ve written them for a while and feel like I know them, I might start to construct some chapters or longer scenes that start to shape a story. I don’t outline until I have almost a whole draft done, and then I’ll go back and look it over and see how the pacing feels. I usually have an idea of how the book is going to end, but I also keep an open mind and write, because sometimes my characters end up surprising me.

What did the characters teach you? What do you hope they show your readers?

What I hope that readers get from my stories is the feeling that they understand my characters, even if they are different from them. There wasn’t a message or lesson that I wanted to come across in The Smart One, but I do hope that people like spending this year with the Coffeys, and that they can recognize some part of themselves in the characters.

Can you tell us what you’re working on now?

I’m working on a book that’s set in D.C., which has been really fun … but also a huge challenge! The main character is a young woman whose husband has political aspirations and it takes place in the early years of his career as he’s laying the groundwork to one day run for office. I’ve lived in D.C. for almost 4 years now and it’s such an interesting place. It’s been fun (and challenging!) to try to capture the spirit and strangeness of the city.

You used to work at the storied Washington, D.C., bookstore, Politics and Prose, and commented in some interviews on how that experience shaped your work as a writer. Do you have further reflections on how it shaped your work?

Working in a bookstore was something I always wanted to do and it was so great to do it at a store as amazing as Politics and Prose. It was really inspiring to see different authors each night, and to be able to talk about books all day long with the staff and customers.

You now teach creative writing at George Washington University. What are you learning from your students?

I learn a lot from my students. I think the best part of teaching for me is when I see the students get excited about a story or an aspect of writing — it reminds me of why I wanted to be a writer, and why it is such a great job. It’s also helpful to repeat the writing wisdom that I’ve learned over the years to them, and the one thing that I find myself saying the most is that there will be good days and bad days, but you just have to keep writing. It’s nice to remind myself of that.

What do you think makes a person a reader, someone who turns to reading for pleasure?

I don’t think there’s something that makes a person a reader … I think you just are. Books have been a huge part of my whole life, and that hasn’t changed. I can remember reading under the covers with a flashlight, because I was supposed to be in bed but I just had to finish a book! Loving books has just always been a part of my personality.

I always like talking about what I’m reading or just finished reading. I just read an amazing YA novel called Fangirl by Rainbow Rowell that I loved — I definitely stayed up way too late reading it one night. I’m in the middle of Someone by Alice McDermott, which is really fantastic, and I’m also having way too much fun rereading my favorite Alice Munro stories to pick one for my fiction class … and to celebrate her Nobel prize!

Susan Storer Clark is a frequent contributor toThe Washington Independent Review of Books. She is a former radio and television journalist, and, since retiring from the federal government, has completed her first novel, set in the urban turbulence of 19th-century America, and is at work on her second, the fictionalized life of a slave captured by Francis Drake in 1580. Ms. Clark has been a member of the Holey Road Writers for more than 10 years. She and her husband, Rich, recently moved to the Seattle area, where they are remodeling an old farmhouse.