On film, not every historical figure gets her (or his) due. 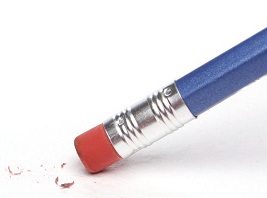 When a movie or television series tells the story of a real-life person or an historical event, it can often leave hurt feelings in its wake. Plotlines may be simplified, important characters written out, or fictional composites written in, all because of the need to tell a compelling story in a finite amount of time.

The movie treatment of All the President’s Men, for example, minimized the role that then-Washington Post managing editor Howard Simons played in the Watergate investigation. In his 1995 memoir, A Good Life, the Post’s executive editor, Ben Bradlee, wrote after Simons’ death that his colleague had “felt that he and his role in Watergate were fatally shortchanged in the script (and that I and my role were exaggerated), and he never really got over his resentment. Our relationship, which had been such a joyous one, so congenial and close we literally could finish each other’s sentences, was never the same after the film. The version of history he saw in the film made him seethe.”

Bradlee added that it was only after Simons left to become curator of Harvard’s Nieman Foundation that the two became friends again.

Staff members of the New York Times, meanwhile, complained that their paper was ignored by the movie “The Post” because it was the Times, not the Post, that had been the first to publish the Pentagon Papers. And after the movie “Selma” was released, some critics complained that it distorted the relationship between Martin Luther King Jr. and President Lyndon Johnson, and ignored the role Jewish leaders had played in the civil rights battles.

I’ve mused about this recently as the biographer of a woman who seems to have been ignored by “Mrs. America,” a new miniseries about the 1970s battle over ratification of the Equal Rights Amendment between conservative Phyllis Schlafly and leading feminists.

I was thrilled that nine hours of television time was going to be devoted to the story, and that talented actors like Cate Blanchett, Tracey Ullman, Uzo Aduba, Elizabeth Banks, and John Slattery were cast in key roles. And from what I’ve seen of the first episodes, the series does a pretty accurate job of capturing the nuances and tensions of that time.

Still, I’m disappointed that Republican Elly Peterson, the subject of my 2011 biography, Elly Peterson: “Mother” of the Moderates, appears to have been written out of the series, along with her close friend and Democratic counterpart, Liz Carpenter.

The omission is interesting for a couple of reasons. Peterson had actually been battling Schlafly within the Republican Party since the mid-1960s. Schlafly had self-published A Choice Not an Echo to promote the presidential candidacy of Arizona senator Barry Goldwater in 1964, and, as first vice president of the National Federation of Republican Women (NFRW), was in line to become the organization’s president.

Peterson and her moderate allies launched a strategy to engineer Schlafly’s defeat. But it turned out to be a case of winning the battle but losing the war. Schlafly led her supporters out of the NFRW convention, and a few months later, she started publishing “The Phyllis Schlafly Report,” which the miniseries spotlights.

By1976, the drive to ratify the ERA stalled, largely because of Schlafly’s opposition. Political consultants advised the amendment’s supporters that they needed a “face” to counter the exposure Schlafly was getting. Gloria Steinem, Bella Abzug, Betty Friedan — all of whom are featured in the miniseries — were thought not to be the right people; Peterson and Carpenter were. They were recruited to serve as co-chairs of a new coalition called ERAmerica.

At the time, the New York Times wrote in a profile:

“They are articulate, silver-haired and matronly looking. They are feminists, but not the shrieking and shouting kind. And they are longtime party warhorses with a lot of outstanding political debts owed to them. This combination of nonmilitant feminism and political savvy was probably the main reason the two old friends were chosen to head up ERAmerica.”

The profile’s language may suggest why the women aren’t featured in “Mrs. America.” In the end, they may have been less interesting than some of the others, too “lady-like” in how they conducted themselves and managed conflicts within the movement.

Jill Ruckelshaus, who was 23 years younger than Peterson, is positioned as the Republican moderate in the series, and she was involved with the founding of the National Women’s Political Caucus and chaired the presidential commission for International Women’s Year. Still, the enmity between Republicans Peterson and Schlafly ran deep and might have warranted more attention.

We can hope that the series sparks renewed interest in this era and leads viewers to dig deeper. With the exception of Ruckelshaus, all of the real-life women featured in the series wrote memoirs, were the subject of biographies, or both. If you want to learn more about “the rest of the story,” there are plenty of places to which you can turn.

Sara Fitzgerald’s biography, Elly Peterson: “Mother” of the Moderates, was recognized by the Library of Michigan as a Notable Book of 2012. Her novel, The Poet’s Girl, was published this year.