If it’s not yours, you, too, can conjure it. 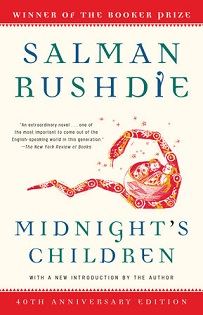 The season turned to summer. I stood in far western Europe on a beach jutting out into the sea, where bogs of the Wild Atlantic Way in Connemara, Ireland, nestle between hills carved by glaciers from the last ice age. In one such part, at the Renvyle House Hotel, where W.B. Yeats vacationed with his new wife, George, I found myself making observations that have carried from late May in Ireland to this August in Washington.

August 15, 2022, marked the anniversary of India’s independence, and sadly, was less than a week after the brutal stabbing of Salman Rushdie. India turned 75 like the author, wounded but still alive.

Some of these observations emerged from noticing the windward and leeward sides of a place. Renvyle House sits on an Atlantic beach but also on a lake in perpetual storm. The wind on the lake side turns a person into a spinning top, though the swans do not seem to mind it. The windward side is the same side as the pool and tennis courts. On the leeward side is a fenced-in field with waist-high grass, and the air dies down entirely there.

What a cruel joke — to place the tennis court where the wind makes a ball a boomerang, while leaving the field to turn to seed, seemingly useless, a wild idyll, a meadow of childhood, undisturbed, free. In that field, I observed a hare the size of a child, its long ears moving above the tall grass.

Hares and swans were not part of the landscape in Bombay when I was growing up. Instead, those creatures inhabited a childhood I read about in books, in Aesop’s fables. A hare in a field. Green hillsides with lambkins. The Ugly Duckling.

In Ireland, I was on a writer’s retreat with Jacki Lyden and Alice McDermott. Alice likened the experience to being in a Disney movie — in the headlights of her car early one morning, she saw foxes and all nature of creature prancing around. For me, it brought back a memory of sitting in the first row of a cinema in South Bombay watching “Fantasia,” the cavorting animals’ enormous shadows too close.

Childhood does not always have to be experienced; it can be imagined. Someone else’s childhood so easily became mine through books, through listening to stories family and friends told, each one adding to the sea of stories known only through sharing. Even in my own city, there were millions of childhoods so unlike mine, but if a story found a voice, I could hear it.

Only after the attack on Rushdie on August 12, 2022, did I begin to articulate this plethora of childhoods as large and multitudinous as all human history. At about the age of 20, I read Rushdie’s Midnight’s Children. When it ended, I said, “But this is the idiom of my childhood!”

I’d grown up reading a lot of Indian writers, many of whom were familiar with Bombay’s idiom, but Rushdie was in a league very much his own. Nothing comes closer than Rushdie in describing my own childhood. The hurly-burly of his prose conveys the way my friends and family speak — with madcap humor and loud voices.

It was in Rushdie’s books that I began to see the childhood I had experienced. My childhood could be his, and his mine. If it’s not yours, you, too, can imagine it. He was Muslim, I was Parsi, but we had a common language and could laugh at the same jokes.

What happens if there are no stories, not mine or yours? What if the writers are all killed off, khatam shudh? And not just the writers, but all of us, with our imperfect grammar and made-up words, our minor and major trespasses, our ideas, our politics. How many need to die before all the artists are gone for this or that, for that or this?

What if Oscar Wilde’s The Selfish Giant did not see the error in exiling the children from the garden and the world did turn to ice, the grass did die, and the birds did all fly away? A dark shroud of Voldemort would descend, and Haroun and the Sea of Stories would be gone.

Democratic nation-states cannot protect writers from being attacked; we don’t need to live under authoritarian regimes to be at risk. Security does not work that well. That is why there cannot be a citadel — a safe place, a safe country, a safe retreat — for stories. Ideas are dangerous because they are free to travel, like your childhood in my memory, like Rushdie’s garrulous prose — even to the most inhospitable parts of the earth. They are perceived as dangerous enough that they must be stopped by the knife of a young man in New York.

In 2021, on the 40th anniversary of Midnight’s Children, Rushdie reflected on India:

“All of India belonged to all of us, or so I deeply believed. And still believe, even though the rise of a brutal sectarianism believes otherwise. But I find hope in the determination of India’s women and college students to resist that sectarianism, to reclaim the old, secular India and dismiss the darkness. I wish them well. But right now, in India, it’s midnight again.”

I still believe this. And I believe it of America, too, and I believe it of all the stories from the beginning of time. If you ask me what the word “midnight” evokes, the first association is with my childhood, of eating a “midnight snack” of Kraft cheese with my dearest friend as the night cooled. A friend, who, but for the partition of India, may have never been sitting with me. Her family was ripped from their home in the northwest, now Pakistan. Her grandmother was on the last train to come across the new border to India in 1947 before the trains were filled with corpses.

Midnight is the moment of possibility.