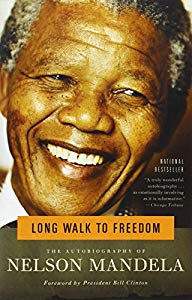 So many images come to mind these days. For me, the ones that repeat are of leaders building social movements while in almost complete isolation. On June 12, 1964, Nelson Mandela and seven others accused of conspiring to overthrow the South African apartheid state were sentenced to life imprisonment. Mandela spent 27 years — or 10,052 days — incarcerated.

I pause to imagine Mandela on Robben Island, one of the maximum-security prisons he was assigned to, described by him as a “one-time leper colony, Second World War naval fortress guarding the entrance to Cape Town harbor — a tiny outcrop of limestone, bleak, windswept and caught in the wash of the cold Benguela current.”

Mandela worked in the island’s quarries, leading to perforations in his eyes from looking at the bright sand in the hot sun. Over the years, his eyes were permanently damaged, and he developed a serious case of tuberculosis.

Singing was banned, especially when working, because the guards found that it made the prisoners too cheerful, increasing camaraderie. In the harshest years, he was allowed a letter and a visitor only once every six months. He spent time in solitary confinement as a punishment for smuggling in newspapers.

His eldest son, Thembi, would come to visit wearing his father’s clothes, which were too big for him. His father said, “I was deeply touched for the emotional factors underlying his action.”

“I had never dreamt that I would never be able to bury ma. On the contrary, I had entertained the hope that I would have the privilege of looking after her in her old age, and be on her side when the fatal hour struck.”

A year later, 24-year-old Thembi died in a motorcycle crash. Again, his father had to mourn his passing alone in his cell.

For this column, I read Mandela’s Conversations with Myself (introduction by Barack Obama), which came out after his autobiography, Long Walk to Freedom. Along with letters, it includes some delightful short, informal interviews with Mandela, filled with humor (albeit often gallows humor).

Growing up in India, South African politics was always in the news, as was our own leaders’ activism. We didn’t just study it; one of our teachers went abroad and was jailed for her activism. These freedom movements were tied together with our own.

My best friend in middle school lived next to Mani Bhavan, Gandhi’s home, where the spinning wheel he worked on sits in a beautiful, austere room. There was always a sense of the extraordinary hanging in the air when I went past his home on Laburnum Road.

In one of the many interesting interviews in the book, Mandela is speaking with Ahmed Kathrada, his fellow prisoner and longtime comrade. Kathrada asks Mandela whether Gandhi was his role model. Mandela answers, “But Nehru was really my hero.” Yet, for Nehru, it was following the Mahatma that changed his life, as seen in the PBS documentary on the transformation of Nehru, “Dynasty: The Nehru Gandhi Story.”

Now schools are closed, and my 8-year-old is working on an assignment on the traits of an inspirational leader. She picked Gandhi (even if I’d have preferred Nehru) and said she was impressed by how he was determined, hopeful, wise — traits so necessary to emulate in the throes of the COVID-19 shutdown.

I hope that this time off will help my children get to know themselves better. I also hope that I will stay sane!

For Mandela, memory was a vastly important source of company in isolation. On Feb 1, 1975, in a letter to his wife Winnie, herself incarcerated in Kroonstad Prison, he said:

“The cell is an ideal place to learn to know yourself, to search realistically and regularly the process of your own mind and feelings.”

As surreal stories emerge from across the globe of people not being able to save their loved ones or even have funerals for family and friends, it seems more important than ever to have a personal philosophy for dealing with peril and loss — one referencing reality, science, mysticism, spirituality, and religion — even if around us right now is a beautiful spring day.

As many of you know, for years, I have found the Sun Magazine to be a wonderful source of anchoring philosophies woven from all these references. One piece seems especially prescient right now: an interview by Erik Hoffner called “As We Lay Dying,” where he talks with Stephen Jenkinson. It led me to watch a moving film on Jenkinson’s work called “Griefwalker.” (Warning: Some may find its content disturbing.)

Facing ourselves fully is not just difficult but impossible. Toward the end of the interview, Jenkinson urges us to accept ourselves first. From there, it is useful to direct our children to accept that our leaders, even Gandhi, are also flawed.

It’s hard to articulate such ideas when kids are young and you can’t give them specifics — like explaining Gandhi’s odd behavior with women or his misplaced guilt at the end of his own father’s life, which he writes about in Experiments with Truth. (For more on Gandhi, you can read Pankaj Mishra’s New Yorker essay on Arundhati Roy’s The Doctor and the Saint.)

“One issue that deeply worried me in prison was the false image that I unwittingly projected to the outside world; of being regarded as a saint. I never was one, even on the basis of an earthly definition of a saint as a sinner who keeps on trying.”

So, as I continue to reflect on life’s bigger questions and worry about the pre-existing medical conditions of my parents, one a physician who works in a hospital, I choose to remain full of awe at the altruism and kindness of others. At how healthcare workers honor their commitment to duty as they sacrifice to save us. At our own potential to rise, with stoicism and grace, to the responsibility we owe the world.

One of my daughters has a birthday approaching, and she will not be able to celebrate it with her friends for now. On his own young daughter’s birthday, Nehru wrote her from jail, apologizing that he had no gift for her, except the letter:

“Ordinary men and women are not usually heroic. They think of their bread and butter, of their children, of their household worries and the like. But a time comes when a whole people become interested in a great cause. Then history helps even simple, ordinary men and women to become heroes. Great leaders have something in them which inspires a whole people and makes them do great deeds” (Letters from a Father to his Daughter).

As at other times, when we are tested, I imagine there will be many stories that will emerge of courage, fallibility, and human connection. I will read them with great interest.

Step into other worlds of revolution.