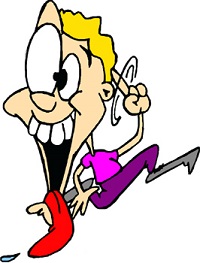 In September 2011, Stephen King headlined the Fall for the Book Festival at George Mason University, and I was in charge of getting him where he needed to be: airport to hotel to campus and betwixt and between the three.

Folks lucky enough to attend King’s event will remember that he announced and read from — for the first time ever in both cases — his manuscript Doctor Sleep, the sequel to The Shining. But what stands equally strong in my memory was the glimpse into the life of a celebrity.

Though we’d all taken pains to keep his travel plans quiet, including the location of his hotel, when we arrived back there after the event, several fans were standing in the lobby with bags of books in their hands, awaiting his arrival. Exhausted, he declined to sign — politely, I should stress; he was never less than gracious throughout his visit.

The next morning, when I arrived to pick him up, those same fans were still sitting in the lobby, this time with a young girl, 3 or 4 years old, whom they sent over to greet King when he emerged from the elevator. This time, they got their books signed.

Writers and readers meet in a common space — namely, the book or story or essay that the writer wrote and that the reader has chosen to read. But what happens when the meeting space shifts? When writers and readers come together not in that book, story, or essay, but more directly — face-to-face at a book launch or author signing? Or in a hotel lobby? Twice?

This Thursday, January 18, the Chesapeake Chapter of Sisters in Crime joins with Alexandria’s Beatley Library to host a panel discussion with chapter members E.A. Aymar (the Independent’s own!), Karen Cantwell, Julie Moffett, Meg Opperman (another Independent regular!), and me.

We’ll be talking about our work and our careers and sharing, as the event marketing has promised, “funniest fan letters or moments at signing events” — perhaps none as extreme as King’s (celebrity has its complications) but hopefully entertaining in their own way. Our discussion begins at 7 p.m. and is free and open to the public. The Beatley Library is at 5005 Duke Street in Alexandria, VA.

In advance of this event, I asked several other members of the chapter to share some of their own favorite (if sometimes awkward!) interactions with their readers — or as fans themselves, with Barb Goffman’s anecdote below underscoring the point that writers are always readers, too, maybe even readers first.

I hope you might enjoy these stories. And do come out for more this Thursday!

Maya Corrigan, author most recently of The Tell-Tale Tarte and new president of SinC’s Chesapeake Chapter:

At a bookstore signing for Scam Chowder, my second Five-Ingredient Mystery, a woman glanced at the books on the table and said to me, “Oh! I know the author.”

She nodded. "Yes. I bought the first book in the series. I liked it a lot."

I thanked her and told her that I was the author. She peered suspiciously at me and then said, "You're right. You're the author." It turned out that she'd met me at a book party, where she bought my first book.

Obviously, neither of us had a memorable face.

Sherry Harris, author most recently of A Good Day to Buy, former president of the Chesapeake Chapter, and now vice-president of Sisters in Crime National:

I was doing a signing at a large chain bookstore. For some reason, they put me in the children's book section instead of with the adult books. My book covers are cheery looking and colorful.

I spent most of the afternoon explaining to people that the book was for adults. One man persisted saying he would read it to his 6-year-old daughter. I found myself in the awkward position of shaking my head no and saying in a loud voice, "Don't buy my book. Don't buy my book."

Alan Orloff, author of the forthcoming thriller Pray for the Innocent, to be released in March:

I was at a holiday party recently and struck up a conversation with a mystery reader. She was trying to be helpful and suggested I might have more success if I wrote a series (rather than a number of standalone novels). I pointed out that I did have a series, albeit a
short one (two books in the Last Laff mystery series). She found that interesting and asked about the protagonist.

I smiled and drifted away to check out the dessert table.

Aimee Hix, whose debut novel, What Doesn’t Kill You, was released last week:

Four days before the release, my mother-in-law texted me, "Amazon has only one copy of your book left!!"

My mother-in-law is a retired librarian and English teacher and I've never seen her use one exclamation point, let alone two. The funny part is I'd already asked my publisher, “Was it a good thing, indifferent, Amazon sales trick?” They had no idea. No clue.

I think it's merely a sales trick to get people interested based on scarcity principle, but it was still amusing to see my MIL use exclamation points.

When Brad Meltzer's first book came out, I not only read it, but I read several articles about him and the book, which I loved.

In 2001, I got the opportunity to meet him at Bouchercon, and we were having a nice chat when I heard the following words coming out of my mouth: "I know that. I know all about you." It was one of those slow-motion moments when you hear yourself talking and realize how you sound but can't stop yourself. And Brad got this worried, uh-oh-stalker look on his face. Mortified, I hightailed it out of there and managed not to see him again for the rest of the weekend.

Fast-forward a couple of years. He came to speak at my local bookstore. I bought his newest book and got in line for him to sign it. When it was my turn, he looked at me and said, "I know you." Oh, God, no. I smiled and said, "No, you don't." But he insisted he did, and then he started trying to figure out from where. I thought I was in the clear when he realized we went to the same college at the same time. But then his eyes widened as memory clicked into place, and he said, "You're the one who knows all about me!"

If I could have died right then, I would have. But I still read his books!

Art Taylor is the author of On the Road with Del & Louise: A Novel in Stories, winner of the Agatha Award for Best First Novel. He has won three additional Agatha Awards, an Anthony Award, two Macavity Awards, and three consecutive Derringer Awards for his short fiction. He is an associate professor of English at George Mason University.

A Story a Day

A look at an innovative project celebrating an under-appreciated form