The ultimate journalistic temptation is to remain a voyeur of life 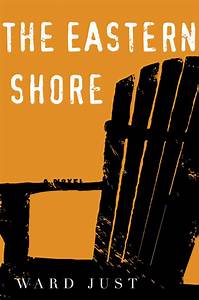 Ward Just published his first novel in 1970 and has been churning out quietly cynical works every two or three years since then. The latest, which came out in 2016, is The Eastern Shore.

Washington, DC, is one of the book’s settings, as it is in so many Just novels. But the story is much more about the profession of journalism. It is autobiographical — Just began his career as a journalist — but it is more about a road not taken, at least by him.

Just’s depiction of Ned Ayres, who rises from a small-town paper in Indiana to become editor of a major Washington daily, is not a pretty picture. Ned’s single-minded devotion to the news business sucks the soul out of him. The novel shows him at pivotal points, usually involving a choice about the woman in his life at the time. He invariably chooses his profession, which relegates his non-existent family life to the fringes.

By the end of the novel (spoiler alert) he is alone in his decrepit manor house on the Eastern Shore — unmarried, childless, and puttering away at a memoir he knows will never be finished because there is nothing in it to interest anyone.

Of course, a life in journalism does not have to be this grim. But Just is intent on portraying the parasitical nature of a profession that feeds off the misfortune of others. It is the other side of the glamorous crusader’s life as seen in “All the President’s Men” and “The Post.” These historical highlights can almost be seen as the exceptions that prove the rule.

Ned launches his career with a story unmasking a prominent local businessman in Herman, Indiana. The local haberdasher is actually a former felon who has changed his name and made a new life for himself. No one, including his wife and family, is aware of his previous life.

But one local low-life knows of that past and tips off a reporter. The paper’s publisher and Ned, as city editor, feel the public has a right to know. The subject of the exposé hangs himself in his garage the night before the story runs. The suicide haunts Ned to the last page of the book as he faces his own passage into oblivion.

Editing stories, as Ned notes at one point, is an invisible achievement. Designing the perfectly balanced layout for page one is an ephemeral accomplishment. The craftsman can take joy in his work, but making that the meaning of your life is as pointless as a plumber devoting himself to well-wrought drains.

The difference is that journalism, with its voyeuristic invasion of the lives of others, gives the illusion of a life fully lived. An opening chapter about young Ned’s Uncle Ralph, a veteran, shows how homespun myths become real over time as the nursing-home resident, suffering from PTSD, relives happy moments on the battlefield in World War I that never happened.

In less skillful hands, the allegorical aspect of The Eastern Shore would seem overdone. A long chapter about Ned’s relationship to his publisher, Milo Passarel, contrasts Ned’s essentially empty life with the full one of the paper’s owner.

Milo is a bon vivant who prefers his villa in Granada, Spain, to Washington. But, in the nation’s capital, he has his club and sits as a peer with the movers and shakers. If Ned is present, it is as an indulgence, a quiet fiction that he belongs there.

(Think of “The Post,” and the difference between Katharine Graham as hostess of her Georgetown soirees, and Ben Bradlee, whose brief notoriety in Camelot has long since faded.)

Ultimately, Milo determines that newspapers have no future, so he sells the family jewel and retires to live happily ever after in the shadow of the Alhambra, devoted to his wife and extended family.

Meanwhile, Ned, who was booted out when the paper was sold, buys that manor house on the shore because of the dinner parties he attended there when it was owned by a senator with whose much-younger wife Ned was having an affair. When voters send the senator packing, his wife curtly lets Ned know it’s time for him to move on, too.

My own career in journalism, thankfully, has been much happier. That is partly due to the fact that most of it was spent as a reporter and writer engaged in the much more fulfilling storytelling aspect of journalism. For all my love of the craft, it never became my sole endeavor; I could identify more with Milo — absent, of course, the villa and the fortune — than with Ned.

But Just’s antihero, whose career spans the decades from before Vietnam to more or less the present day, is a man of our times. The fake news of anonymous web sources blurs our vision of reality.

Even more dangerous, however, is that our mainstream media have become completely unhinged and are drowning in bias and venom. The corrupting lack of integrity at the base of Ned’s career foreshadows both. The hollowness, the moral ambivalence, the solipsistic egocentricity of the news business — crystallized so well in the character of Ned Ayres — have always been there.

[Editor’s note: Click here to read the Independent’s review of The Eastern Shore.]

Have Guide, Will Travel

Old-fashioned handbooks take you further than you think.