Life lessons from a monster who won’t die 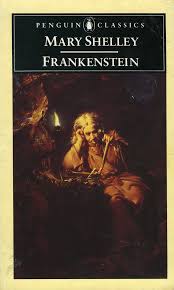 Frankenstein won’t die. It is somehow a fitting destiny for the classic tale of man giving or restoring life to inanimate bodies.

These dramas go beyond the gothic horror of the Boris Karloff films and return to the literary and mythic origins of Mary Shelley’s original 1818 novel, Frankenstein; or, The Modern Prometheus. Shelley herself was inspired by writers ranging from Ovid to Milton, who wrestled with the question of mankind’s place in the cosmos — somewhere between the gods and the base matter humans are made from.

Ultimately, it is the corruptibility of that base matter — human mortality — that poses our fundamental existential dilemma.

Did I request thee, Maker, from my clay
To mould Me man? Did I solicit thee
From darkness to promote me?

This is the cry that comes from Frankenstein’s creature in her novel. It is the question that has driven philosophy and literature for centuries as writers wrestle with questions of human identity and the meaning of life.

Much of the current fascination with zombies and vampires comes from this desire to maintain life in corruptible flesh. The survivors in “The Walking Dead” television series have trouble accepting that the zombie versions of their loved ones no longer have the consciousness or identities of those lost. They are dead and gone.

It is a perennial theme that pops up unexpectedly in contemporary literature, as well. E.L. Doctorow’s 1994 novel, The Waterworks, portrays a 19th-century detective and journalist uncovering a plot to keep wealthy patients alive after death, even though their bodies begin to decay and their identities fade. It has all the elements of the Frankenstein story — a scientist not quite right in the head, a revolutionary technique to preserve life, and the agony of man trying to defy death.

Marcel Theroux’s 2013 novel, Strange Bodies, provides another twist on re-animation as rogue Russian scientists experiment with a technique to reproduce identities by implanting a code of the subject’s linguistic patterns in a host body. A Samuel Johnson scholar meets a resurrected version of his subject and then finds out firsthand what life after death feels like.

Of shapes transformed to bodies strange I
purpose to entreat.

Theroux takes these strange bodies literally. His citation of Ovid brings us back to Shelley and Prometheus, for Ovid is one of the main sources for the myth of Prometheus, who fashioned man from clay and gave him the gift of fire.

It is a literary device that wears well, because we will never fully explore what it is that constitutes human identity and where exactly it resides in our mortal bodies — or what happens to it when we die.

Hearing language with your inner ear