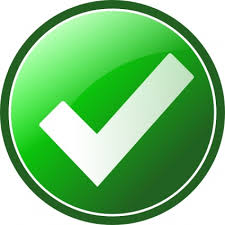 Critiquing is a tricky business. When I receive a submission, I have a few items I need in order to get started. First, coffee. Second, a comfy place to sit. (Otherwise, I’ll get grumpy. You don’t want me to critique when I’m grumpy.) Third, the Red Pen of Doom. Fourth, a checklist of story elements. My list is actually quite long, but below is a sampling of what I consider when reviewing a manuscript.

Opening/Hook. If I get an opening sentence or *gasp* opening paragraph past my group without any marks whatsoever, I know I’m on to something good (Yay, me). We spend a lot of time critiquing opening lines, paragraphs, and chapters, because that may be the only chance we’ll have to hook a reader. Ever watch someone at a bookstore pick up a book, read the back cover, flip through the first few pages, and then set it back down? Yeah. That’s what we don’t want to happen.

Conflict. Stories are built on conflict. A happy, well-adjusted character with no external or internal conflict is b-o-r-i-n-g. It feels more like a snapshot than a story. When I read someone’s work, I always ask, is there enough conflict? If not, I’ll suggest the writer raise the stakes. Is there too much conflict? Believe it or not, there can be too much of a good thing…but not very often. More is more, most of the time.

Plot. Is it believable, and does it make sense? After that, I’ll look for pacing — too fast? Too slow? — and scenes that don’t seem to further the action in any way. Subplots can be a great way to add to theme and can add a lot to the story, but they can also take away from the clarity of the work if they go in too many directions.

Setting. Where in the world — worlds/outer space/fantasy realm — does this story take place? And when? Are there enough believable details so I feel like I’m really there, or is it generic description that could be anywhere? Is there too much detail so that my mind wanders or I’m impatiently tapping my foot for the writer to get on with it?

Characterization. Cardboard characters suck…the life out of a story. Stereotypical, flat, predictable, seen-it-all-before characters. The characters I fall in love with are complex, feel real, and make me want to turn the page to see what they’re up to next. If it’s a series character, I’m always excited to get the next book — it’s like hanging out with an old friend. Character is also one of the best ways to understand setting in a story. What does your character see, hear, smell, feel about something? Is there something unexpected in how he/she sees the world? Also, don’t kill me with backstory in the first few pages. Feed it to me slowly, so I’m left wanting more.

Dialogue. Is it believable? Is there too much or not enough? Is one character monologuing or on her soapbox a little too often? And using dialogue to dump information in a way no one actually speaks? Ugh. Nothing pulls me out of a story faster than a character saying to his wife, “You know, Mary Alice, I’ve been a cop for 23 years, in Asheville, North Carolina, at the foothills of the Smoky Mountains, and I can see there’s a problem with John Doe, the mayor, who is a good friend of mine.” Double ugh. *Pulls out the red pen.*

Point of View. Is the story told from the right character’s perspective? You’d be surprised how many times the wrong character tells the tale. Is the writer jumping from head to head with no scene break or warning in between? Is POV consistent? I’d be put off if the writer started in first person with a character, then switched to third (for the same character). I also look at whether the story is written in present or past tense and make sure it’s consistent. Anything that will throw me out of the story, I mark.

Show vs. Tell. In my writing group, we have a publisher who’s also an award-winning author. He catches every single time one of us shortcuts by telling instead of showing. It’s annoying. Sometimes I just want to be lazy and tell the reader what my character feels. So I grumble a bit when he calls me out. But he’s always right, and once I get over it and take the time to show what I want the reader to see, it’s always a better draft.

Grammar and Spelling. If I want to make my work look professional — Oh, I do, I do! — the quickest way to undermine that effort is to have lots of spelling and grammar mistakes. Recently, I’ve read a number of self-published works, and the large majority were riddled with such errors. Look, I’m laidback compared with most writers I know when it comes to dotting an “I” or crossing a “T,” but even I have been irritated when a writer can’t be bothered to make simple corrections. It throws me out of the story, and that is — or should be — a writer’s worst nightmare.

I don’t know everything there is to know about critiquing. Appalling, I know. So, if you’re interested in becoming a better critique partner, check out Victory Crayne’s How to Critique Fiction. Also, some books I’ve found useful are Noah Lukeman’s The First Five Pages and Chris Roerden’s Don’t Murder Your Mystery. I’ve used them when editing my work, but also to make myself a better critique partner.

To NaNo, or Not to NaNo?

Theft by Any Other Name…

If you didn’t pay for that e-book, you stole it